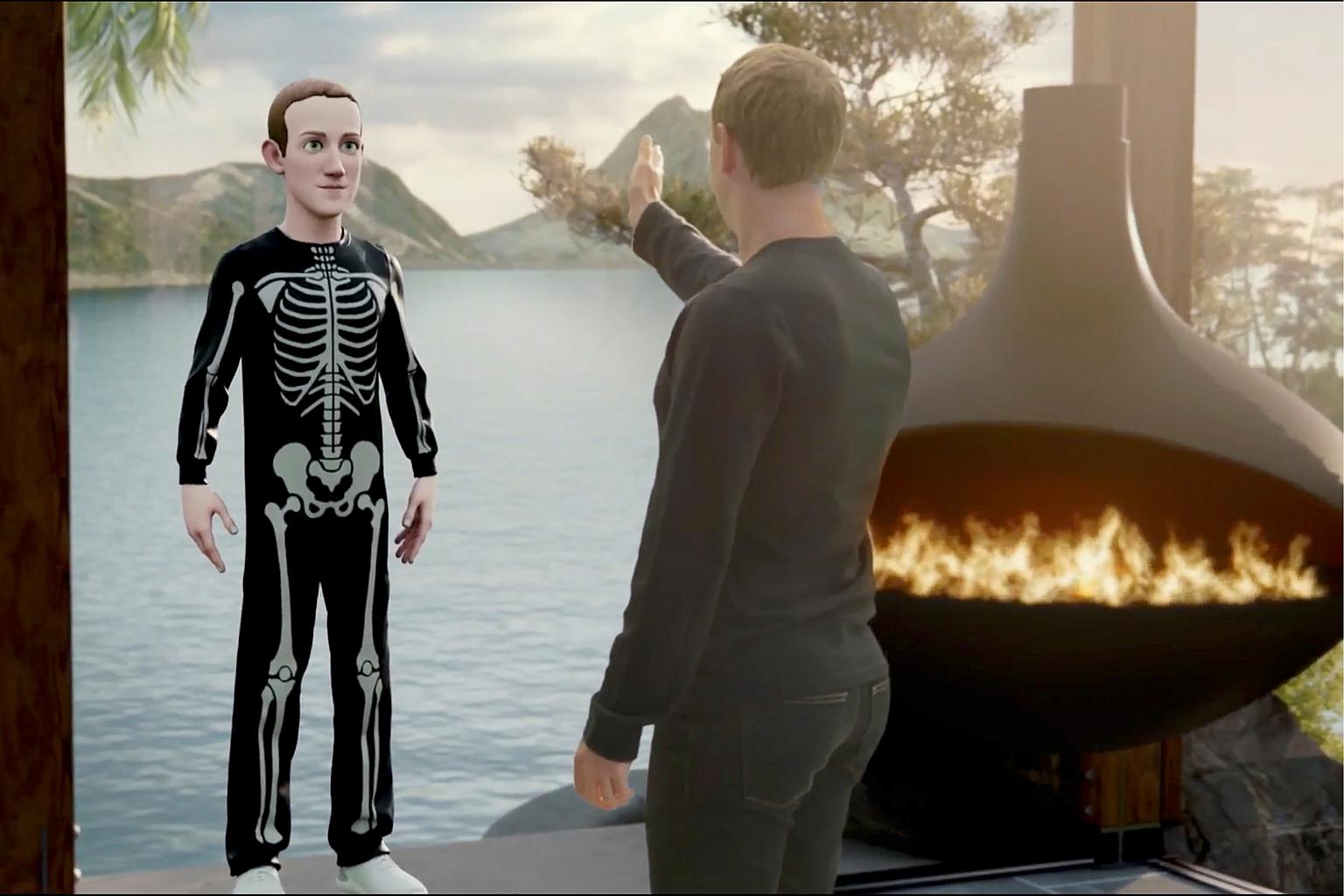 Speaking during the Connect event streamed live on Thursday (Oct 28), he gave examples of privacy and security controls that would be necessary in the metaverse, such as the ability to block someone from showing up in your space.

Zuckerberg is betting that the metaverse will be the next great computing platform, calling it “the successor to the mobile Internet.”

“Everyone who is building for the metaverse should focus on building responsibly from the start,” he said. “This is one of the lessons that I have internalized over the past five years: that you really want to emphasize these principles from the beginning.”

For half a decade, Facebook has been bombarded with criticism from lawmakers, regulators, and its own officials for its lax privacy standards.

In the latest controversy, whistleblower and former Facebook employee Ms. Frances Haugen leaked documents that she claimed showed the company chose profits over user safety. Zuckerberg earlier this week said the documents were being used to paint a “false picture.”

The company is likely to face questions from regulators about how it will protect privacy and handle the potential for hateful or harassing content in the new digital worlds of the metaverse.

On Thursday, Facebook renamed itself Meta Platforms, separating its corporate identity from the social network of the same name engulfed in toxic content and highlighting a move toward the emerging virtual reality-centric metaverse computing platform.

Applications that include the flagship social network, Instagram, Messenger, and WhatsApp will retain their names.

Clegg said the company’s work on the metaverse would have parental and age controls, as well as transparency on how the data is used and collected. He also said the company would consult with civil and human rights groups without identifying them.

Regulators are “trying to catch up” with Internet advancements due to consumer demands for rapid technical progress, Clegg told his boss at the event.

“I really don’t think it has to be the case this time,” he said. “Because we have years before the metaverse we envision is fully realized.”

Meta is trying to make virtual reality feel more like home, as part of a comprehensive plan to bring immersive technology to a wider range of users.

At its Connect conference, the social media giant unveiled Horizon Home, an addition to the Oculus Quest 2 virtual reality headset.

The new feature will allow users to interact as digital avatars in virtual homes created through the company’s virtual reality system, where they can also watch videos or play games together, the company said. In the future, people will be able to personalize their digital homes.

Facebook CEO Mark Zuckerberg interacting with his avatar during a conference to announce the company’s rebrand to Meta on October 28, 2021. PHOTO: The afternoon / FACEBOOK

In a demonstration, Mr. Zuckerberg showed a virtual avatar of himself dressed identically in jeans and a long-sleeved black shirt.

The CEO said that people will likely have multiple avatars for work, home, and gaming. During the demonstration, Mr. Zuckerberg received a call from his wife, Priscilla, on a watch device.

“Okay, this is just a glimpse,” he said. “It’s a bit distant, but you can start to see some of the key building blocks.”

The presentation included an announcement that Grand Theft Auto: San Andreas, the popular interactive software game Take-Two, is in development for Oculus Quest 2.

Meta also said it will test a program that allows users to log into the Quest 2 VR glasses with special work accounts, rather than through their personal Facebook accounts, through a new service called Quest for Business. And it is launching a next-generation headphones called Cambria.

“Our goal is to continue to develop new use cases beyond games that make virtual reality something that people use in many areas of their lives,” said Andrew Bosworth, who runs the company’s Reality Labs, at a pre-briefing this week.

Over the next decade, the metaverse is expected to reach a billion people and “host hundreds of millions of dollars in digital commerce,” Zuckerberg said.

He tried to position the metaverse as the future of e-commerce and said it would bring great benefits to society and the economy.

Other new virtual reality tools unveiled on Thursday, which will be ready in the coming months or next year, include new fitness apps and accessories and the ability to invite Facebook friends to join Messenger calls through the virtual reality. 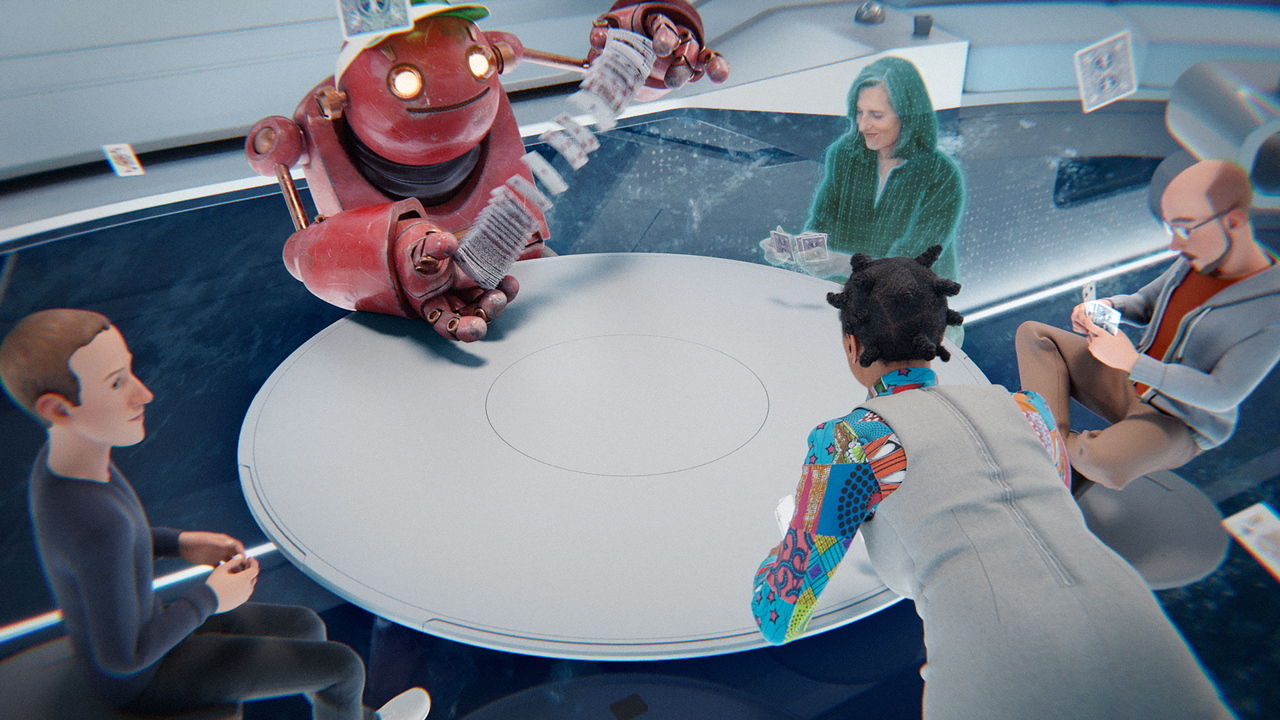 At the conference, Meta also said that it is investing in resources that will allow developers to create new experiences that combine real and virtual worlds on the Quest platform.

And the company announced a $ 150 million (S $ 202 million) educational program to increase training and partnership opportunities for augmented reality and virtual reality creators.

Meta is increasing VR offerings while building the metaverse.

“As science fiction sounds, we are starting to see a lot of these technologies coming together,” Zuckerberg said. He gave an approximate time frame of “five to 10” years for its broadest use.

Building the metaverse will also allow Meta to reduce its reliance on mobile operating systems and browser makers such as Google and Alphabet’s Apple to provide services to consumers.

“It’s not about spending more time on the screen,” Zuckerberg said. “It’s about making better use of the time we’ve already spent.”