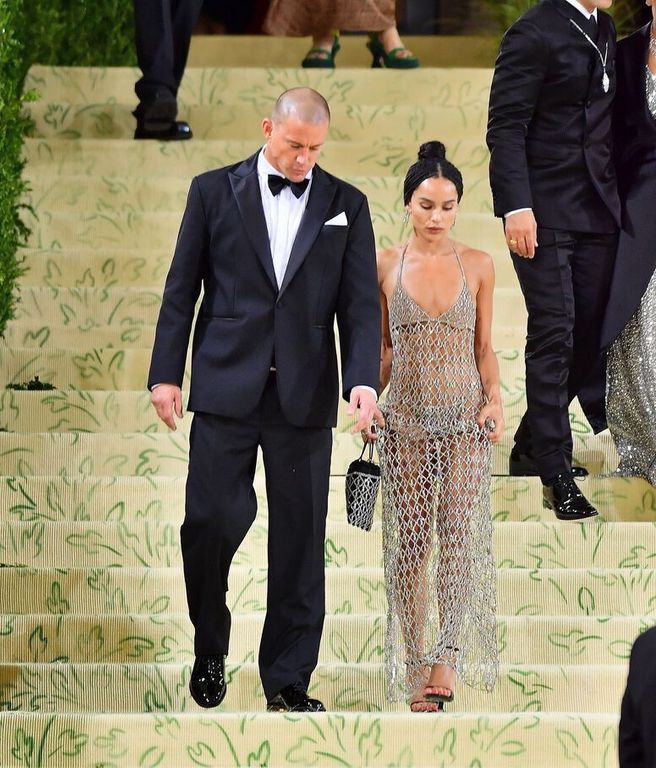 For her visit to the Met Gala a few days ago, Zoë Kravitz bet on a very sexy outfit. Criticized by some, the actress took pleasure in answering them.

She dazzled the red carpet! This Monday, September 13, like many other celebrities, Zoë Kravitz honored American fashion at the Met Gala in New York. For the occasion, the actress had bet on a very sexy transparent outfit that suited her perfectly. Under the eyes of the photographers, she posed in a long dress in strass mesh in chic chainmail style signed Yves Saint Laurent which hinted at her shapes. After her visit, Zoë Kravitz was criticized by some Internet users who were not fans at all of her choice of clothing. “Where’s the dress?”, wrote one person. “I don’t understand why women think it’s okay to walk around naked … be proud of yourself”, wrote another before a surfer added his two cents: “I don’t understand why they’re practically naked. She’s gorgeous. Why does she feel the need to wear a dress like this?”

Visibly annoyed by these remarks, Zoë Kravitz responded to her detractors on social networks. “Being uncomfortable with the human body is colonization / brainwashing. It’s just a body. We all have them,” she wrote, proud of her outfit for the Met Gala. During this evening, the singer and actress was not only singled out for her look. She was also the center of attention for attending the after party with Channing Tatum. The so-called couple didn’t make their red carpet debut at Monday’s Met Gala as fans hoped, but they left the high-profile event together. By attending the exclusive Cincoro Tequila party, the two artists did not hesitate to show affection. A source told People that they “did not let go of each other’s hands”.

It’s unclear exactly when Zoë Kravitz and Channing Tatum first started dating, but they apparently confirmed the rumors with several outings in New York last month. According to those close to them, they met when the Big Little Lies actress approached the comedian to star in his first film, Pussy Island. “Chan was my first choice, the one I thought about when I wrote this character, she confided to Deadline. I just knew about Magic Mike and his shows, I felt like he was a true feminist and wanted to collaborate with someone who was clearly interested in exploring this topic. ” And during their professional meeting, the two would have fallen in love with each other. “Zoë thinks Channing has depth both as an actor and as a person, a source told People. Channing likes her to be independent, outspoken and bright. “

Zoë Kravitz
The actress and singer dazzled the red carpet

Zoë Kravitz
She has been criticized by some

Zoë Kravitz
She took great pleasure in responding to her detractors

Zoë Kravitz
She attended an after party with Channing Tatum

Zoë Kravitz
She would be in a relationship with the actor

Zoë Kravitz
They did not confirm the rumors

Zoë Kravitz
She mentioned Channing Tatum in an interview

Zoë Kravitz
She is divorced