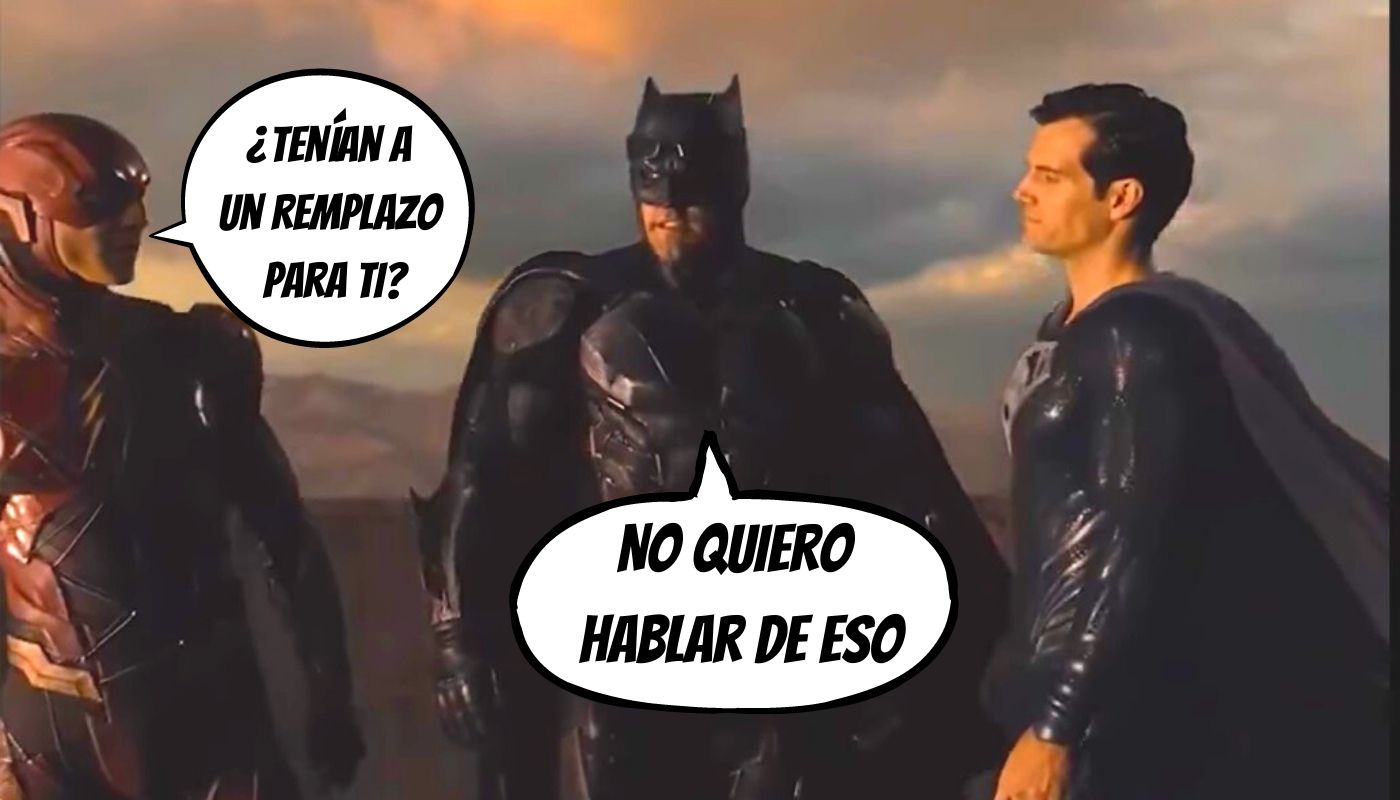 Without a doubt, the actors who have played Batman have a unique place in the dome of Hollywood, as he is one of the most important characters in the history of comics.

Some like Michael Keaton and Christian Bale remain in the hearts of fans, while others do not stop receiving complaints about their interpretation, as is the case of George Clooney and Val Kilmer.

However, there is an actor who brought the bat to life on several occasions and divided the fandom with his performance. We refer to Ben Affleck, who participated in the cinematic universe of DC created by Zack Snyder.

Batfleck, as he was also known, had ups and downs with fans as not everyone loved him for his disastrous stint in Daredevil at the beginning of the millennium; while others assure that it is one of the most intense performances that the American has shown.

Today it is only a sad memory, because Ben Affleck will no longer be Batman after the film The Flash and Robert Pattinson is hired to be the new bat in a universe independent of the DCEU.

What’s interesting is that Zack Snyder always wanted Ben as Bruce Wayne in the DCEU, so nothing has ever been mentioned about a plan B by the director … until now.

During an interview for the Happy Sad Confused podcast, the director was asked what he would have done if the actor refused to participate in Batman V Superman: Dawn Of Justice.

Zack Snyder revealed that Ben Affleck was undecided about accepting the role, so he was in contact with someone else in case the first option did not materialize.

“Matthias Schoenaerts… I talked to him a lot about that. He never wore the suit, but I did a lot of mockups with him as a model, because Ben was undecided. And I don’t blame him, everyone is nervous when asked, ‘Do you want to be Batman?’

While Matthias was a little known actor in Hollywood, his career has gained a lot of traction thanks to his work on Red Sparrow alongside Jennifer Lawrence and as Hans Axgil in The Danish Girl with Eddie Redmayne.

He will also star in the series Django in 2022, so everything seems to indicate that it will be a good year for the Belgian actor.

Interestingly, if they had chosen Matthias, he would be the first Belgian actor to play Batman in film history, since most are American actors, except Christian Bale who is an English actor.

Now we have the doubt about who could be the backup actors that Zack Snyder planned in case other actors such as Ezra Miller, Gal Gadot or Ray Fisher refused to join his version of Justice league.

Who would you nominate for the role of Batman if you had creative control of the film? Tell us in the comments.

We know you like action movies, that’s why VIX in movies and tv for free they have what you need:

Hey! If you want to know more about Batman, check out these articles: