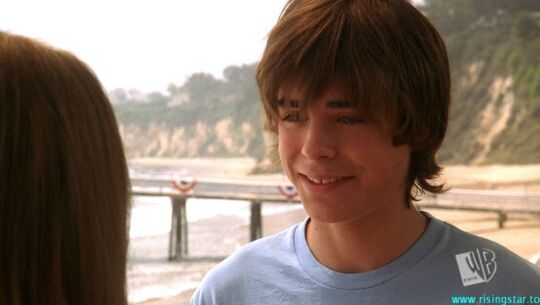 Since his debut, Zac Efron has come a long way. If he has devoted himself to more serious roles over the years, the American actor has also changed a lot physically, the proof with this photo from one of the first series in which he played!

Like Daniel Radcliffe with Harry Potter, Keanu Reeves with Neo, Macaulay Culkin with Kevin in Mom I missed the plane or Robert Pattinson with Edward in TwilightZac Efron has long been associated with his role as Troy in High School Musical. When one is put on the front of the very young stage, like Hilary Duff with Lizzie McGuire, it is sometimes difficult to detach oneself from the image sent back through a character. For many years, Zac Efron has lent his features to similar characters, the archetype of the handsome guy who turns all heads. In 2004, the actor played the role of Cameron Bal in the series summerland available on Salto. For two seasons and sixteen episodes, Zac Efron lent his features to BCBG college student Cameron Bale and his gala lock plastered on his forehead … And when we see his style in fiction, we realize that he has changed a lot from !

Nobody will contradict you on this point… Zac Efron has changed a lot since his debut. It must be admitted that in 2004, one could easily have believed that he was part of the same family as that of Justin Bieber, with his little blond lock on his forehead. No more chubby-cheeked high school Californian hunk, the 34-year-old actor now sports a completely different style. In Gold, a thriller available on Prime Video, Zac Efron is bearded, almost disfigured by his character’s nomadic lifestyle. To see the actor again with a youthful face, the series summerland is to be found on Salto!

summerland on Salto, what is it about?

Series summerland follows Ava Gregory, a young and pretty fashion designer with a promising career. But on the eve of an important fashion show, her life changes dramatically: her sister and her brother-in-law are killed in an accident, and she will have to take care of their three children… Bradin (16), Nikki (13 years old) and Derrick (8 years old) therefore leave their native Kansas to come and settle in California with her. Ava will have to manage to get used to this new situation, which is impromptu to say the least!

Article written in collaboration with 6medias

Zac Efron: discover him unrecognizable in one of his first roles (PHOTO)