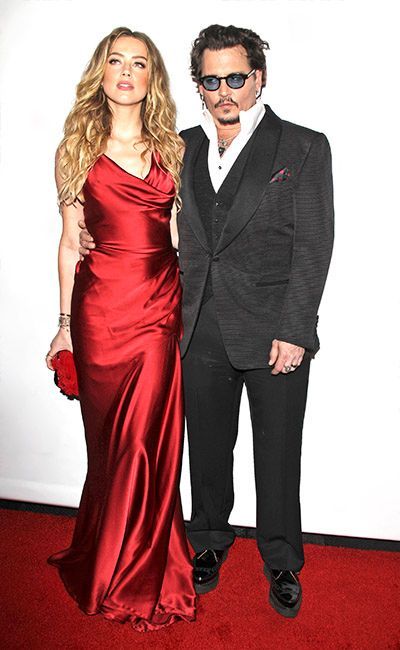 In November 2015, Johnny, in big love mode with Amber Heard, had the word slim, the nickname he gave to the actress and which means slender, tattooed on the knuckles of his right hand. In 2016, when they separated, he had slim replaced by scum, in other words junk in French. The message is quite clear. Two years later, in July 2018, the scum turns into a scam, with an A symbolizing anarchy instead of the u, the tou this time meaning scam, scam in French. Since then, their story has continued to be written… in the courts. 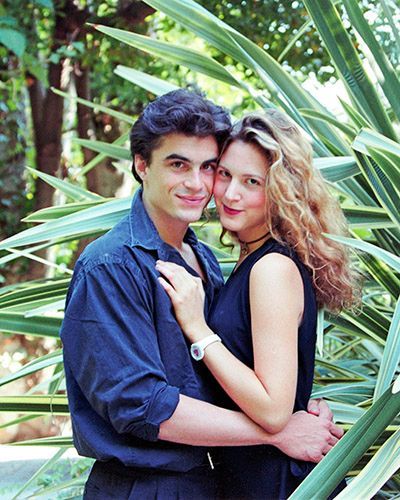 In 1996, Justine, the daughter of Bernard-Henri Lévy, married Raphaël Enthoven, the son of Jean-Paul Enthoven, publisher and best friend of her famous father. In appearance, everything is going for the best in the best of all possible worlds until her husband cheats on her, then leaves her in the year 2000 for a certain Carla Bruni, who was until then… the companion of her own father, Jean-Paul Enthoven! Four years later, the novelist recounts this painful episode in the autofiction novel, Nothing serious, where she describes Carla as Paula, a woman “beautiful and bionic” to “motionless face, as if sculpted in wax” and “chosen on computer with his surgeon”. The top pretends to make fun of it but she will answer years later: “Husbands hardly steal from each other, we know how to keep them or not!” Someone told us that this literary revenge on paperback may have touched her more than she cares to admit…

A love gone up in smoke, literally and figuratively!

When billionaire James Packer breaks his engagement with Mariah Carey in October 2016, after eighteen months of love story, she becomes mad with rage. Not only does the diva decide to keep the 35-carat diamond he had offered her during his marriage proposal, but she also demands no less than 50 million euros from her ex-fiancé in compensation. And as if that weren’t enough, in the clip of his song I do not, which was released in early 2017, Mariah set fire to the more than 210,000 euro bespoke dress from Italian fashion house Valentino that she should have worn for the wedding, all on the terrace of the couple’s former mansion in Calabasas. With her, the fires of love are quickly replaced by those of anger!

If some like to put their unfaithful husband in the sauce, Queen Be, she put him in the Lemonade, and not just a little! It’s very simple, in her sixth album, released in 2016, the star goes on hits in the form of reproaches and warnings to her husband, who would have accumulated extramarital affairs. In HolpUp, she blames him “all that wasted love”, then continues by threatening him outright in Don’t Hurt Yourself with these words: “This is the final warning. You know that I make you live. If you try that shit again, you’re gonna lose your wife.” Oddly, since then, Jay-Z stands squarely…

VALÉRIE TRIERWEILER VS FRANÇOIS HOLLANDE – Thank you for this novel.

“It’s ridiculous, but I’m trying to provoke it”, writes Valérie Trierweiler in Thank you for this moment. “The” is of course François Hollande. And this is just a sample of the 317 pages of the rant that the scorned ex-first lady published in September 2014, just eight months after learning from the press that her companion for nine years was cheating on her with Julie Gayet. Cowardly, cruel, deceitful and manipulative: the tenant of the Élysée is knocked out by his ex. The President of the Republic will not come out unscathed from this great unpacking but his ex, she will never quite manage to shed her image of an angry woman either.

In the 1990s, the king and queen of TF1 news fall in love and live a secret and chaotic love story. When it ends and PPDA learns that the star journalist has started a relationship with Xavier Couture, one of the big bosses of the TF1 group, he takes umbrage. And that is to say the least ! In February 2021, a witness told the Parisian that PPDA then went to the journalist’s office and outright “urinated on the couch where she used to nap.”A dirty story of spite… and pee! piss and love

The queen of revenge song Beneath her air of a model and innocent young woman, Mademoiselle Swift does not let herself be told and most of her exes have understood their misfortune in the album or the song that followed their breakup! After dropping her by phone in 2018, Joe Jonas is the first to take it for his rank in Forever & Always. Then, in 2010, it was the turn of Hollywood cad John Mayer with the even more explicit Dear John. We then suspect several songs from the album Red, released in 2012, to talk about Jake Gyllenhaal, with whom she lived two years earlier. In 2014, it was the turn of Harry Styles, with whom she had an affair the previous year, to take a few tackles in the 1989 album. From now on, those who would risk hurting her are warned: Tay tay never shut up!

LILY ALLEN VS LESTER LLOYD – Deception, deception and a half!

In 2006, Lily released her first hit Smile in which she tells how her first love broke her heart by cheating on her. The latter, the DJ Lester Lloyd, took advantage of the success of the song to create a little notoriety by going to tell some secrets of the singer to a tabloid. “He was my first love, which was really sacred. It wouldn’t have upset me so much if it was someone else who had spoken to the newspapers”, retorted Lily, quite angry, in the columns of the Sun. In revenge, the brunette will in turn reveal to the tabloid that she slept with all of her ex’s friends after their breakup. The very definition of the watered sprinkler!

In the early 2000s, Leo and Gisele formed one of the most glamorous couples on the celebrity planet. But in 2005, after five years of romance, the top Brazilian and the American actor separated. Gisele had had enough of the Titanic hero’s fiesta excesses and, to mark the occasion, she auctioned three years later the jewels that Leo had given her, namely a diamond ring from the Italian jeweler Sabbadini of 3, 35 carats and a 6 carat diamond necklace, all for charity. Diamonds may be forever, but love sometimes stops shining!

During her years of marriage with the one who was then only Prince Charles, Diana respected the rules set by the English crown, including clothing. But, once her husband’s deception with Camilla Parker Bowles came to light and their separation was recorded in 1992, the mother of William and Harry let go. On June 29, 1994, when she was the guest of honor at the Serpentine Gallery in London, she arrived alone, in a tight, short dress with bare shoulders, by Christina Stambouli, which defied the conventions of the palace! At the same time, in a documentary broadcast on television, Prince Charles confesses his adultery with Camilla. That evening, Diana wins the media battle and even gives birth to the concept of “revenge dress”!

In 2003, Ashton Kutcher was one of the first young fashionable and Brittany Murphy, one of the most promising actresses in Hollywood. It is only natural that the studios make them turn together in the romantic comedy Just Married. Fiction meets reality and they live a pretty love story until Ashton falls for Demi Moore. Brittany then throws this little sentence well felt on TV: “I guess for him age doesn’t matter and for her size doesn’t matter.” The blonde may swear she was joking, Ashton’s reputation for small manhood is launched. The latter will forgive him all the same and will not fail to pay tribute to him during his sudden death in 2009.

Filtered images of Christian Bale and his transformation for Thor: Love and Thunder
New Shazam! Fury of the Gods photos bring Djimon Hounsou back as a wizard
The unexpected decision of the producers of 'Stranger Things' that made Millie Bobby Brown cry