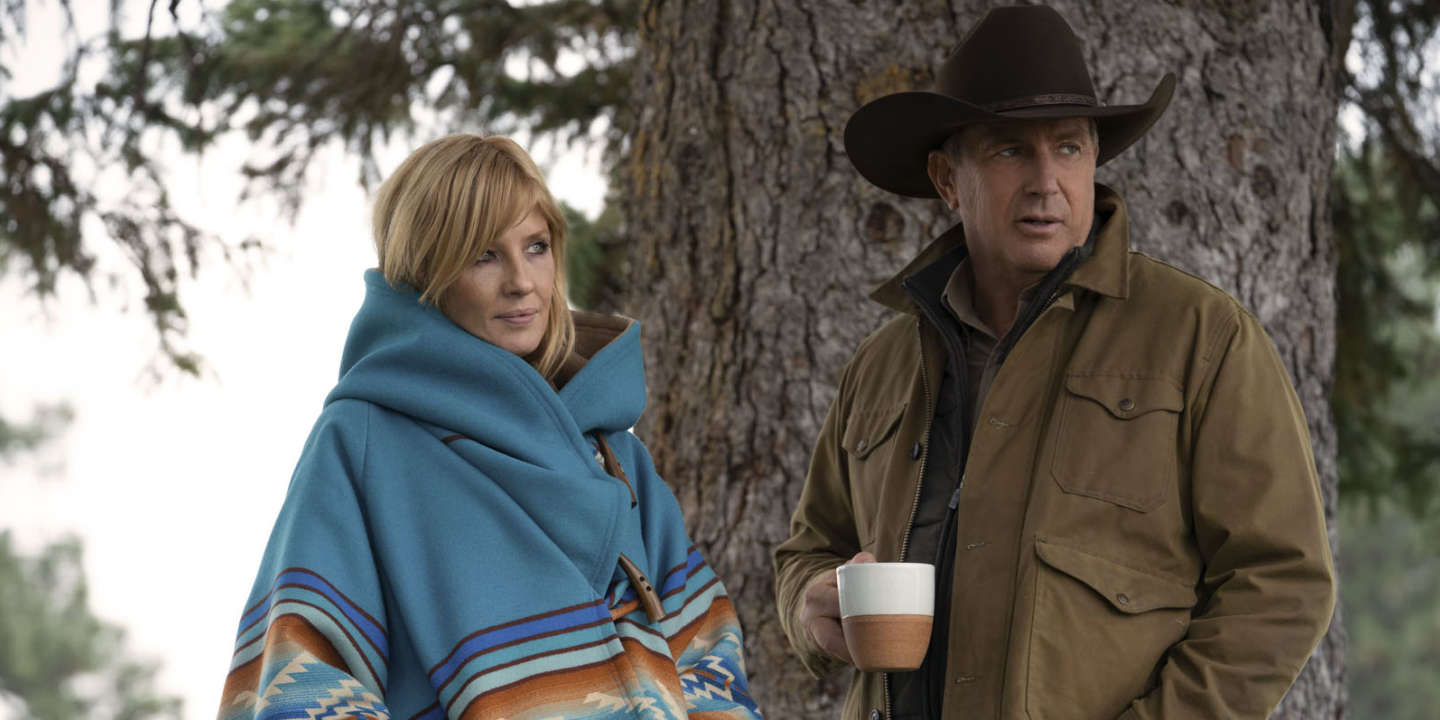 Material with definite fictional and cinematographic potential, the American wild nature (wilderness) is both the framework and the subject of the saga Yellowstone, broadcast since 2018 on Paramount Network in the United States and which Salto had the good idea to acquire. The gravity of this moment – the Trump administration having passed environmental law – echoes the decidedly somber tone of this big-budget production led by Taylor Sheridan and John Linson. Two accustomed to virile and sharp atmospheres: Linson was executive producer on Sons of Anarchy. As for Taylor Sheridan, we find in Sicario and Wind river, two thrillers of which he was respectively screenwriter and director, the elements that make up the raw material of Yellowstone : vast territories and resources over which humans compete for control, corrupt authorities, a form of ritual in the exercise of violence, a certain idea of ​​masculinity.

This one is worn by a former Hollywood hunk. A midinette actor of the 1990s, convincing under the watchful eye of Clint Eastwood or Oliver Stone, Kevin Costner has never ceased, since, to pay for unequal career choices. Choices that have more than once led the actor to embody (not necessarily against his will, since the man is also a country singer) wild America. Here, he puts on with sobriety and elegance the checked shirt of a patriarch of Montana, extremely wealthy owner of a ranch with the dimensions of a natural park, which he walks in a helicopter.

Branding with a hot iron

A seasoned cowboy, a shameless businessman and father of more or less dysfunctional siblings, John Dutton has two deeply rooted convictions: his family belongs to him and she is worth more than anything else. The four Dutton children share the crumbs of this neurosis with fairness: their harsh relationships, tinged with contempt, hide links that are all the more unbearable because they are indestructible. The only woman of the siblings (Kelly Reilly) owes her freedom only to her remoteness, the fruit of a stubborn guilt whose sons will not be disentangled until late in this first season.

The Dutton clan is not limited to blood ties: former convicts and junkies of all kinds will find a home, a job and an honor at the Yellowstone Ranch in exchange for absolute loyalty. The oath of allegiance is here replaced by a branding with a hot iron – beasts and humans alike. “It’s Montana, we don’t share the land”, explains Dutton to a group of lost Asian tourists. Integrity, every man for himself, the “no entry” are all tools to fight against the disunity that threatens both the ranch, coveted by a real estate developer and an Indian chief, and the Dutton family, torn. by contrary aspirations. No need to look very far to understand that the purpose of Yellowstone far beyond the borders of Montana.

You have 21.82% of this article to read. The rest is for subscribers only.