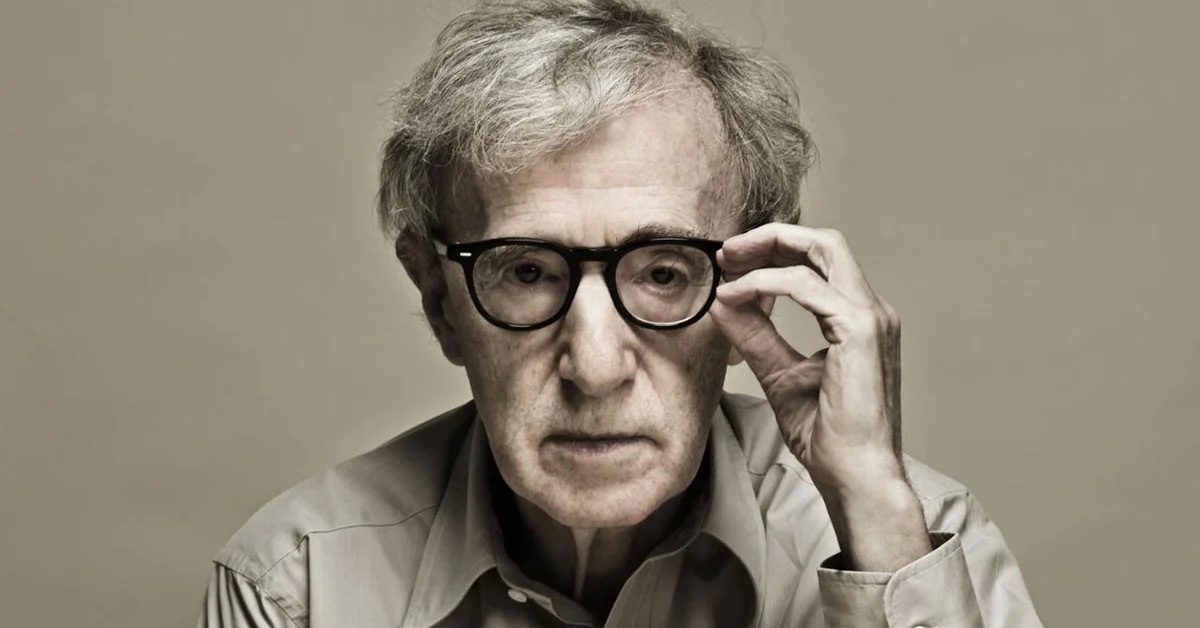 Woddy Allen, Allen Stewart Konigsberg, has been given the chimes of the 86. The number has put him in an iron circle – his fear of death, the raw material of many of his fifty films and the stone on which the rock falls. cancellation, back or repudiation-: never clarified, the scandal of abuse to Dylan, adopted by Mia Farrow during the union of the two. One of the capital artists of the twentieth century was then seen in the dark without evidence or evidence for the law to justify a process – it is not simple to gather evidence in such cases, it must be added – and Mia Farrow proclaimed the alleged aberration. Dylan published an open letter in the New York Times where, as a woman, she attacks the director with facts and data about what happened in a loft with presumption of disgust: “It’s a game. Do not tell anyone”.

In minutes an abyss can be manufactured. Is it the same as the poignant story in “Manhattan”? The one from “Annie Hall”? Is the author – certain critics call a work of oceanic vastness uneven and the incessant gasp of creation is enough to refute it: it is a whole – of “Hanna and her sisters”, “Deconstructing Harry”, “Husbands and wives”, also a pedophile? I had seven years old.

The truth is that he was silent, as if he thought that the days and the truth were going to prevail and that it was not necessary to clarify about it. The dialogue with a Spanish newspaper now seems to be going the other way: “Maybe it wasn’t the attitude. When a force of hatred is created it lasts, it increases. It always grows. However, with silences and pauses I continue on ”. It’s true. It did not stop. They followed the comedies of the Allen label, very New York, they traveled to Paris, to Rome, to Barcelona, ​​to the Basque Country. Tragic comedies that amuse us that things go backwards, that evil triumphs, that love illuminates until dusk necessarily arrives.

Woody Allen in the movie “Bananas”

A key that perhaps justifies and reveals Woody Allen is the race without breaks so as not to fall into emptiness and nonsense. Can be. We risk the idea that a pessimist can thrill and rejoice with his entire filmography until fully incorporated into our lives: without Woody Allen the world would have been worse. From each film, with its austere titles from the beginning and the music of Gershwin, the trumpet so powerful and sometimes the hidden sadness of Louis Armstrong, the crooners of the great orchestras in the forties and fifties, everything is good.

We process the pain that the days go by without justice or a compass and, in the alchemist artist’s pot, we find happiness. He is not a single actor like Chaplin, like Cantinflas, like Sandrini, but he is always the same, he is always him in many stories. It is directed – the verisimilitude that time requires and its “doubles” – and what was done with Charlize Theron, the great and very Allenian Judy Davis, Diane Keaton – unforgettable relationship and film to see twenty times -, to Penelope Cruz, to Natalie Portman, Javier Bardem, Jude Law, Scarlett Johanssen, Colin Firth, Juliette Lewis, Di Caprio, Sean Penn. More stars than in the sky. Woddy, Mia Farrow and Soon Yi: lightning bolts and flashes.

A careful look at the two, we see Woddy Allen born into an average and conventional Jewish family, from which the always irresistible referential humor arises Atheist in his own way that turns around and turns it without fear into gags, he was a stand-up actor and screenwriter with immediate success. He put on an unthinkable British air, corderoy pants, high waist, comfortable and worn old shirts, fatigued tweets. He had two marriages, Herlene Rosen and Louise Lasser, actresses. The third would be with Soon Yi, rays and sparkles. Diverse loves, to the podium Diane Keaton (the real name is Annie Hall, what do they tell me), and between serious psychoanalysis and something less sometimes, sex as desire and conversation in parties abundant, all gathered in films that count it as material in use of a wealthy, intellectual planet, with superimposed unions and disunity, Substance of a path to give it a good part of the filmed.

As if a priest made movies with what he heard in the confessional. Cultist of Bergman and neorealism (the favorite is “Bicycle Thieves”, Vittorio de Sica, 1948), constant reader of a culture that may well act as irony on many occasions. The finest joke has the same grace as coarse salt.

In “Harry …”, the character of the writer hated for putting friends, relatives, ex-women barely disguised with their real names in his novels, has no one to accompany him to receive recognition at the university and far away, a trip. He will be accompanied by a huge and understanding African-American prostitute. Harry wants to be considerate of her and, in a certain scene, proposes general themes, not just his basic dealings.

“Shall we talk about other things?” Proposes Harry.

– What do you think of the discoveries of black holes?

– I live on that! She answers.

Mia Farrow, due to her lift and now 76, is the daughter of Maureen O’Sullivan. An actress of importance in the industry from the role of Jane, companion of Tarzan. Success and large business that Rice Burroghs, creator of the king of the monkeys, was writing the books as chapters were needed. Tarzan was Johnny Weissmüller, five swimming medals, one meter ninety, Austro-American athlete and actor in the series with enormous fame (he ended his days in a psychiatric hospital while spitting on other inmates and letting out the cry of Tarzan).

Maureen was Irish and Catholic, which goes for herself. Mia consequently entered the entertainment in diapers. And she grew up as a trained and firm actress on any track – “Rosemary’s Baby” with Polanski – and the twelve she played with Allen in the thirteen years, all notable until the explosion. Let us note the marriage with Frank Sinatra, the most powerful man in the United States (famous text by Gay Talese) and that of André Previn. Mia had been appointed a UNICEF ambassador with many trips in situations of hunger, dispersion and human misunderstanding, wars and post-wars. Wherever he looked, he adopted. Boys and girls with serious problems in what was seen an altruistic decision with a critical counterpart: a collector of beings like imperfect fruits collected at the foot of the trunk.

She tells them like this: “I have had fourteen years – pregnant and adopted alike – and sixteen grandchildren. It is something very big. ” Avoid when you can prevent three adopted children from committing suicide. Tam, Vietnamese, blind, on sleeping pills and painkillers.

Lark, 29, for suffering a chronic infection (husband, children) and Thaddeus, from a bullet in a car a few meters from Mia’s house, who maintained that it was an accident and accepted the version of a frustrated love depression.

When she discovered that Soon Yi, a Korean, was in a relationship with Allen (35 apart, photos with nudes) the fury was apocalyptic. And there the Dylan episode came into play. Reality or revenge through a manipulated mind? According to Ronan Farrow, the biological son of Woody and Mia, a journalist of great prestige and youth (Pulitzer), he is a repulsive individual. “He always had a morbid and pedophile inclination towards Dylan.” He hates it face wash. Moses, on the other hand, adopted and family therapist affirms that Mia was an abusive and lying mother, that she dragged or locked in closets as punishment: she is the product of revenge and hatred ”.

Friends, people from the cast of his films, editors who refused to accept his memoirs, the power of “Me Too” and “Time’s Up”, close an extraordinary life with the canceled genius. The worst ending I could write and direct one day.

Reinforcements arrive for the gay western
Elizabeth Taylor, Richard Burton and the creation of destructive love
Woody Allen: “I don’t see how important it might be to be remembered as a filmmaker or as a pedophile”