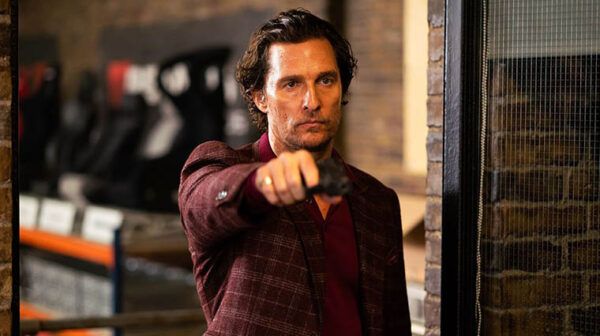 Leonardo DiCaprio, Kate Winslet and Billy Zane are the stars of titanic, a five-star cast that could have been very different. Other actors and actresses were in competition to embody the characters of James Cameron’s film. Here are ten.

The Hollywood star revealed in the podcast Awards Chatter from the American media The Hollywood Reporter that he had auditioned to play the role of Jack in titanicand gave the reply to Kate Winslet : “I went there and I auditioned for this role. I wanted it. I auditioned with Kate Winslet. I had a good audition. I walked away from there, pretty confident that I had it. I didn’t have it. It was never offered to me.”

The actor seen in Dallas Buyers Club or magic mike was also offered the role of Cal, but he turned it down.

In a 2012 interview given to USA Today, Kate Winslet confided to having been in competition with very beautiful names for the role of Rose. Among the actresses: Winona Ryder. The star of Stranger Things and beetle juice ultimately did not get the role.

In the same interview, Kate Winslet also put forward the name of Uma Thurman. If she did not have the role of Rose, she appeared in two films the year of the release of Titanic: batman & robin and Welcome to Gattaca. Six years later, she became the star of Kill Bill.

We learn that Christian Bale auditioned for the role of Jack Dawson in his biography Christian Bale: The Inside Story of the Darkest Batman, written by his former assistant Harrison Cheung. The one who exploded in the eyes of the world in American Psycho in 2000 lost to Leonardo DiCaprio.

Claire Danes and Leonardo DiCaprio could have reunited after Romeo + Juliet and become the star couple of another film. If Rose’s role in titanic was offered to her, she preferred to refuse. The reason ? She thought at the time that playing the girlfriend of a character played by Leonardo DiCaprio again would be far too redundant. In 2020 in Dax Shepard’s Armchair Podcast, she said she never regretted her decision.

Michael Biehn is one of the actors who worked the most with James Cameron, we see him in particular in Terminator, Aliensand The Abyss. In 1997, the American newspaper Chicago Tribune explains that he auditioned for the role of Cal Hockley, the big villain of Titanic. Unfortunately for him, it was Billy Zane who got the role.

Originally, Molly Brown was to be played by Reba McEntire, but she eventually had to turn down the role to prioritize her music career. While she was to go on tour, the production of titanic kept getting pushed back, putting her two schedules in conflict. It was Kathy Bates who took over the role.

In an interview for E! News in 2015, the star of Parks and Recreation revealed that he auditioned for the role of Cal Hockley at the time, but ultimately didn’t get the part. If he does not know the reason, he thinks that his sex tape is the cause of many lost roles in cinema and television during this period.

The captain of titanic could have had a very different face. If Bernard Hill plays him in James Cameron’s film, Robert De Niro was offered the role. In any case, this is what the British site revealed. The Mirror in 2017. He reportedly turned down the character because he was suffering from a gastrointestinal infection at the time.

Guest of the show The Late Late Show in 2016 alongside Claire Danes, Paul Rudd said he was in the race to play Jack Dawson. He first explained that his father was a member of the Titanic Historical Society, so he used all the knowledge he had when auditioning for the role. Unfortunately for him, he didn’t get it, but obviously played an important role for the film… According to him, as he admits in 2019 on the show The Graham Norton Showhe would have convinced Leonardo DiCaprio to audition to become the hero of titanic.

He explains that it was on the last day of filming of Romeo + Juliet that he told her about this project: “I was going to a bar with Leo, and he was like, ‘I’ve just been offered this movie, and it’s a big movie. He had done independent films until then. He said: ‘It’s a studio movie, it’s Titanic. I said, ‘That’s amazing!’ We had a conversation about it. He said, “I don’t know what I’m going to do”, and I remember saying, “You should do it!”