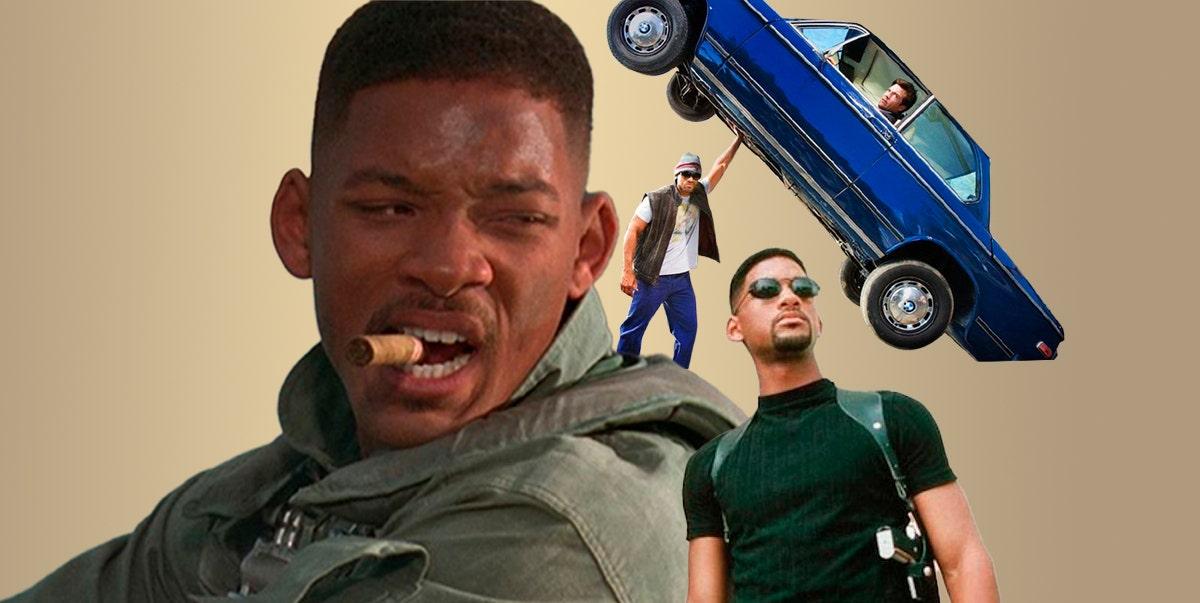 No one doubts that Will Smith is one of the biggest Hollywood stars of the last three decades. Almost no other African-American actor, not to remove the almost, has managed to shine as high as he. Yes, Denzel Washington, Morgan Freeman, Sidney Poitier or Forest Whitaker have many better titles in their filmography and many more awards on their shelf. However, not all together do they gather the blockbusters and the popularity of the films of the eternal prince of Bel-Air.

But here we are not to talk about the series that changed the rapper’s career forever, but about other types of films that, although he has gained a little belly in recent months, will always accompany him. For himself, in fact, the best role of his career is that of Muhammad Ali (for whom we already told you how he managed to get as muscular as a heavyweight boxer), but we are not going to talk about it either.

Although it has not appeared in the saga Fast & furious (At full throttle) or be part of The mercenaries that Stallone plans to reunite for the fourth time, even though James Gunn passed him by for his reboot From ‘Suicide Squad’, no one can compete with Will Smith as an action hero. Perhaps because his films of the genre have always tried to give something more than shootouts, blows with the swollen biceps or explosions.

Like Arnold Schwarzenegger, good old Smith has always balanced comedy with drama, he has managed to be both the nice guy and the hero who takes the girl. Some good, some very bad, several regular, Will Smith’s action movies are hardly changeable when they are put on television. They do it over and over again because we always come back and see them again.

Tapes like the trilogy of Two rebel cops or Men in Black They are an example of this, but we cannot forget about tabletop popcorn cinema icons such as I’m legend or I robot. Now what Gemini comes to Netflix, we have decided to compile in a top 10 (with a couple of shameless traps), the best Will Smith action titles. And yes, we know that number one is precisely the one that you have not seen, what are we going to do.

Who better to hunt down and kill Will Smith than Will Smith himself? That’s what Ang Lee must have thought in this film of impeccable special effects and incredible shots in which Smith is the best shooter the world has seen. Of course, to kill him, they use a young clone of himself.

With the second part underway, this Netflix original film by David Ayer conquered the viewers of the streaming platform with its colorful mix of action, humor and fantasy.

In 2008 the superhero genre was still flourishing and no one was quite a fit for this drunken antihero perspective of ‘Hancock’. Now after The Boys or InvincibleMaybe it would be more than just another Will Smith movie.

Okay, this movie is not all action but the intricate heists and surprising scams of the movie make you have a good afternoon. Also, the chemistry between Smith and Margot Robbie is obvious.

American patriotism became terrestrial in this Emmerich blockbuster in which Smith settled down as a movie star in front of a cast with Jeff Goldblun and Bill Pullman.

The film resembles Asimov’s novel as my toaster to the robots in the film, but it served to give us an entertaining account of action and survival of the human race in full swing. hype technology of the beginning of the century.

Will Smith displayed all his comedic visions as he killed giant aliens in all three of his films. Men in Black. Putting him as a partner with Tommy Lee Jones was a masterful choice.

Perhaps the most epic and tense of Will Smith’s action films, his solo walks through New York are images that stuck in our minds like Noriega on Gran Vía de Open your eyes. Of course, we all remember more about what happens to his faithful dog than about the end.

The film that catapulted Will Smith from a star to the big screen has also kept Martin Lawrence’s stardom alive all these years. Both the first two, directed by Michael Bay, and the nostalgic third of last year, represent a journey full of action but also of pure chemistry of buddy movie.

Despite his stardom, Will Smith’s collaborations with prestigious directors are conspicuous by their absence (no, Gabriele Muccino and his handkerchief-moja works don’t sneak up on us). The closest thing, and not by chance his best film, is this Tony Scott thriller with Gene Hackman and Jon Voight in which Smith proved he could star in a high-flying thriller.