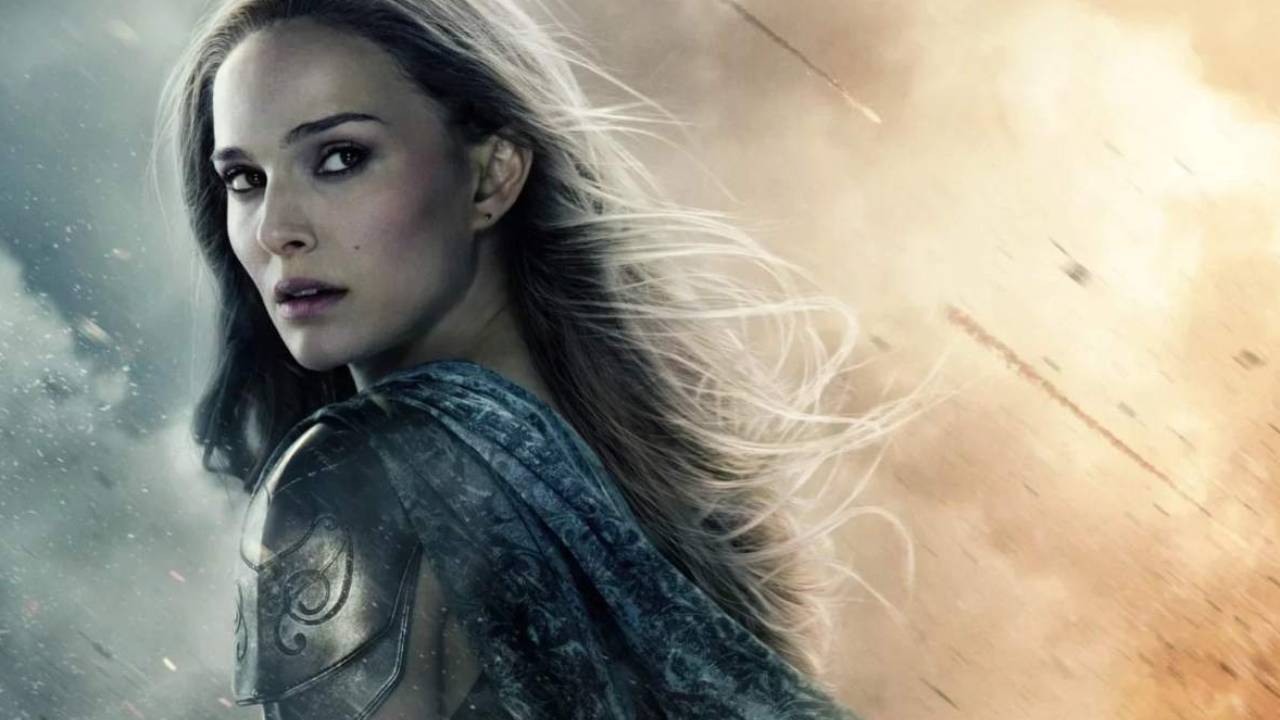 The actress returns to the saga as the new superhero capable of holding Mjölnir. In theaters next July 8.

Natalie Portman played Jane Foster for the last time in 2013 with Thor: The Dark World. After the promotion concluded, Portman left the franchise. It took 10 years for Taika Waititi to come to the project for the actress to return to the Marvel Cinematic Universe. Y He has done it through the front door and wielding Mjölnir.

Portman is the new Thor and has not left anyone indifferent, but, what has become of her during all this time? She may not have participated in many installments of Marvel or in ‘blockbusters’, but the actress has not stopped working in all this time, although a pandemic and a canceled project may have caused that feeling of not knowing where Natalie Portman is.

When Natalie Portman was asked about her absence from Thor: Ragnarök, the third installment in the God of Thunder franchise, she responded that the plot takes place outside of Earth and her character is on Earth, so there was no place for Jane Foster in that installment. However, there is something else behind it.

The Hollywood Reporter reported in 2011 that Portman had been deeply disappointed after the studio dropped director Patty Jenkins from the project.. Jenkins, who would later go on to direct Wonder Woman, had been hired to direct the second installment until she was fired from it. The official version is that Jenkins and Marvel reached an amicable agreement and broke their contracts due to creative differences. However, there are those who assure that the director was removed without giving her any kind of notice. The incorporation of Jenkins had been an incentive for the actress, since she was going to become the first female director of a superhero movie, and her dismissal caused her great discomfort.

‘Thor: Love and Thunder’: Jane Foster lifts Mjölnir in the first trailer for the Marvel movie

At the time, Portman was already half a foot out of acting, as she had just become a mother and wanted to spend time with her son. She agreed to join Thor: The Dark World by the arrival of Patty Jenkins, so her exit was a huge bucket of cold water. In the next installment, Thor: Ragnarök, his absence was explained with a brief mention. Apparently Jane had ended her relationship with Thor, but the director, Taika Waititiwanted to bring her back and told her about the changes he had in mind. “Are you interested in going back but doing something completely different?”he says he asked him, according to an interview with Variety in 2019. Said and done.

The career of the actress since 2013

Natalie Portman may have disappeared from Marvel, but she has been far from absent from the film industry. Since she stopped being Jane Foster, she has starred in such remarkable films What jane’s revengea western with Joel Edgerton and Ewan McGregor; jackiethe excellent portrait of Jacqueline Kennedy directed by Pablo Larraín; Annihilation, a Netflix original sci-fi drama with critical acclaim; either My life with John F. Donovan, a drama by renowned filmmaker Xavier Dolan. A good handful of films that are worth watching.

In all this time, he has also suffered the stoppage and delay of productions caused by the pandemic and the cancellation of one of his projects. In August 2021, the actress decided to withdraw from the HBO movie Days of Abandonment before it started recording due to “personal reasons”. Without her at the helm, the production was completely canceled, leaving the entire team without this project.

At the same time, Portman is a well-known activist and has been very present in the Time’s Up initiative to preserve the rights of women in Hollywood. In addition to making financial donations and publicly confessing the “sexual terrorism” that she experienced when she was only 13 years old after starring in The Professional (Leon), the actress has made a strong commitment to the female presence in fields where, traditionally, it has been more difficult for them to reach women. Hence, she is one of the investors of the Los Angeles women’s professional soccer team.

That is why the character that Taika Waititi has prepared for her in Thor: Love and Thunder It can’t fit you better. As the Thor (Chris Hemsworth) we know tries to find inner peace, Gorr the Butcher of Gods (Christian Bale) arrives, a supervillain whose goal is to lay waste to all the gods. Thor, Valkyrie (Emma Thompson), and a Jane Foster (Natalie Portman) turned into Mighty Thor will join forces to stop him. It opens in theaters on July 8.

Why Natalie Portman left Marvel and what she did until she returned with ‘Thor: Love and Thunder’