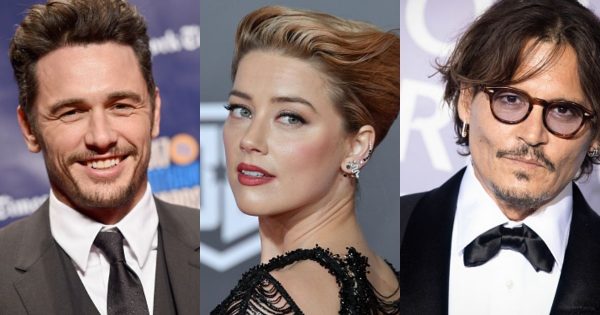 It seems that the legal battle between the ex-partner of Johnny Depp and Amber Heard does not have when to end. Now, a new name has been added to this case: James Franco. Thus, the actor must also testify in a new stage of this case between the former couple and deliver his own testimony.

Why should James Franco testify?

As reported by Page Six, James Franco will have to testify in the new legal battle that Johnny Depp and Amber Heard face. The reason? The alleged love affair that the actor would have had with Heard during the time in which the actress reported physical abuse by Johnny.

This, after a video was presented where Amber Heard can be seen with Franco in an elevator, shortly after she accused Depp of abuse. For this, eThe actor will have to answer if he saw any signs of violence on the occasion or if the actress revealed that she suffered from abuse during the time.

It should be noted that James Franco and Amber Heard met in 2008, when they worked on the movie Pineapple Express. Since then, the pair of actors have developed a strong friendship. But nevertheless, Johnny Depp charged that these were lovers and part of the reason behind the breakup.

James Franco’s career faced a considerable hiatus in recent years. This after accusations were brought against him for alleged sexual abuse against his theater students. Recently, the actor broke the silence and acknowledged that he had done it and that he had a sex addiction.

For his part, Johnny Depp had to give up Fantastic Animals after a court dismissed his claim against a newspaper that called him a “wife beater.” After this, he was replaced by Mads Mikkelsen in the new film of the saga.

Why? James Franco to testify in case of Johnny Depp and Amber Heard