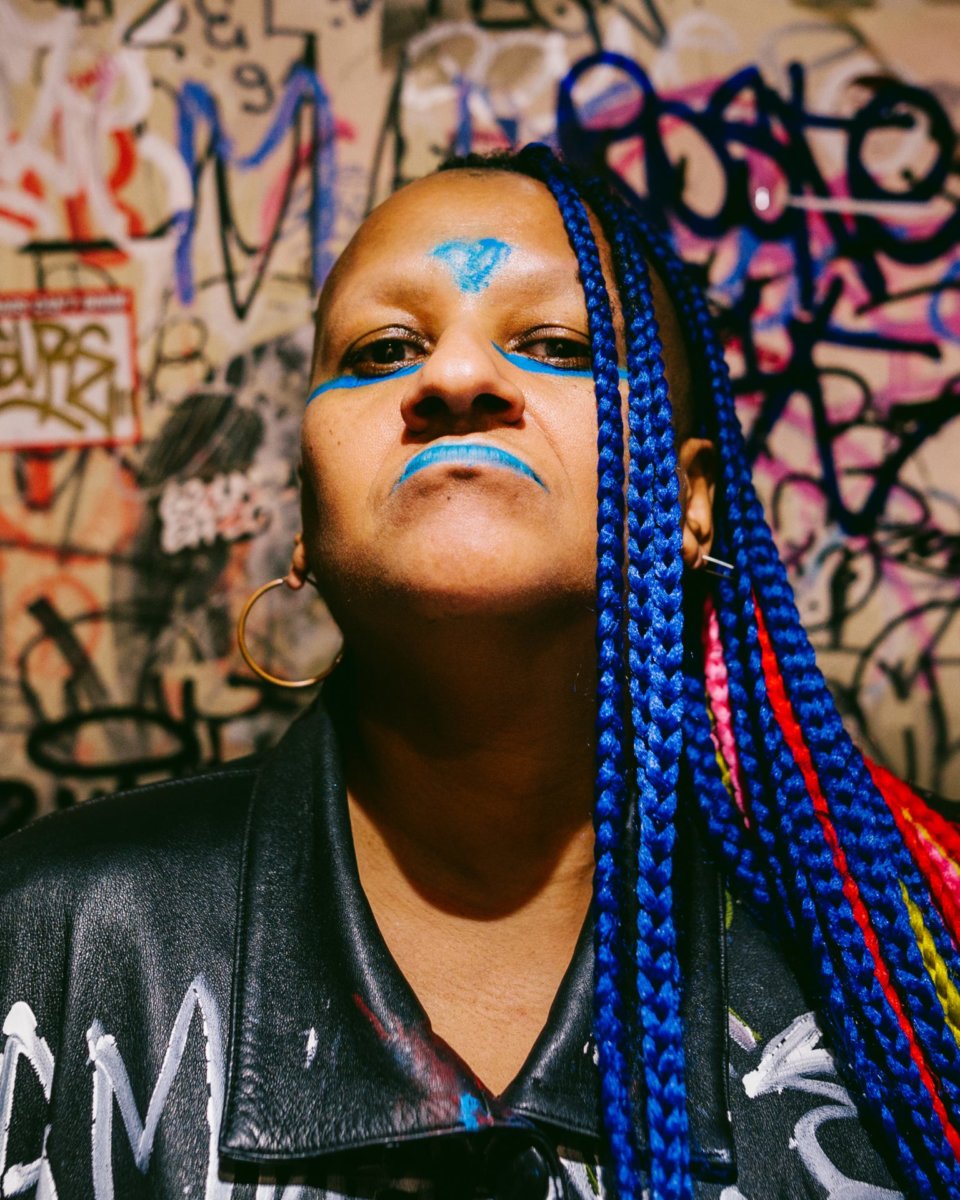 Tweet
Share
Share
Pin
Cow do you define Vava Dudu? Multidisciplinary artist, as comfortable in fashion and clothing creation as in her synth punk group La Chatte, the Parisienne has taken great pleasure, for more than thirty years, to break the codes and break the lines. . Meeting with a night eagle, solar and singular, capable of dressing Björk or Lady Gaga without ever ceasing to scour the shallows of the capital.

Vava Dudu is walking around. She oscillates between the lines, walks like a tightrope walker on a crest path made of bends and unforeseen events, to the rhythm of her funny name which evokes a ritornello. Vava no longer has her studio-apartment in Montmartre recently, since “The gentleman has decided to sell”. But, aerial, it always lands on its feet regardless of the terrain explored: clothing, drawings, music, installations … “She’s an artist “all over” », summarizes Yann Chevalier, director of the cultural center Le Confort Moderne in Poitiers and friend of Vava. “ It offers a total decompartmentalization of practices, pursues the man with the salt and pepper hair. In France, we like to put in boxes, we too often fall into the pitfall of categorization. So his profile is rare. And precious. ”

Vava Dudu has never done anything like everyone else. Before dressing Björk, Marilyn Manson, Tom Cruise or Lady Gaga, the Parisian born under Pompidou left school in third, without baccalaureate or college certificate. This is followed by a preparation for Fine Arts, then the Académie des Grandes Terres and the styling courses of Fleury Delaporte. At only 17, she joined a first style office. “I had no money, I had to get started”, laughs today Vava Dudu, installed at the table of an interloped bar in the rue du Faubourg Saint-Denis. Glass of Chardonnay in hand, multicolored braids, eyes circled in blue and a heart drawn in the middle of the forehead, Vava continues: “ However, when they offered me a permanent contract, I said no. I wanted to push my own creations, because at the same time I made accessories, t-shirts, things with three pieces of string, which I always loved to do. I started to meet people, including Jean-Paul Gaultier, the idol of my adolescence with Sonia Delaunay. I did my first showroom, met my first agent in Japan… It snowballed. “

In 2001, she received the prestigious prize from the National Association for the Development of the Fashion Arts (ANDAM) alongside Fabrice Lorrain, known as “Fafa”, her partner at the time. A form of consecration, which does not tint the pirate soul of Vava Dudu. “I remember, a long time ago at a fashion party, a guy asked me how far I am in fashion, she remembers laughing. I told him : “Zero, man…” People were there exchanging business cards. Today, I belong to the thing because I have the experience, I know by heart how this little world works. But I’ll never dress someone I’m not in tune with. ”

Celine Dion and Francky Vincent, in particular, are turned away by comet Vava. Sandrine Arnone, a twenty-year-old friend, poses the character: “It’s a real punk like we don’t do anymore. I met her in 2000, we were neighbors in Ménilmontant. You couldn’t miss her, she had an albino Japanese intern and an even more eccentric look than she does today. She was very impressive. This is the first girl I saw with thigh high boots and a hoodie! Once, she also stopped Kate Moss’ car at Gare du Nord to give her a box of clothes. Kate Moss had come to her showroom and had become one of her first clients… ”

Vava Dudu makes her hole in art and fashion as she has lived through life: without a net and with nerve, the pleasure of transgression displayed as a standard. In Japan, where she is very well known, an owner deliberately destroys his shop with a jackhammer to be connected with the works of “Vava and Fafa” which he then puts on sale. “Clothing interests me when it creates a shift, she sketches. When he brings a little dream into reality, creates contrast and wakes people up. Today, clothing has too often become a logo. What works is Yves Saint-Laurent, Balenciaga… Except that there is just their name written roughly on the thing. Saint-Laurent is dead, Balenciaga too. Everyone is dead. There are only artistic directors, interchangeable, moreover. We are not on the creativity of the individual, we are on the label. It’s like packaging a yogurt. It lacks surprises. When you think differently, it gets interesting. ”

Vava cultivates its difference, creates individually, shuns the manufacture or series to favor tailor-made and singularity. “In fact, it is close to a work, Yann Chevalier diagnoses. And what I love is that it creates a sense of belonging. Wearing a Vava Dudu t-shirt, bombers, pants is also joining a community, and that is really strong. “ An informal community that the artist calls his « gang », exploding with a massive, battered laugh. “Vava, it’s like a planet with everyone spinning around, confirms Sandrine Arnone. A star around which we all gravitate. It constantly catches new generations. At one point she had no more phone, on purpose. “

Fascinated by Vava’s charisma, Sandrine Arnone asked her in the early 2000s to play records at the Nouveau Casino, where she then managed the programming. Artist’s response? “We’re going to do a concert instead. “ The Parisienne has recently had a new string to her bow. The group La Chatte, set up in 2003 with its partners in crime, Stéphane Argillet and Nicolas Jorio, known as “Nikolu”. “I was offered to set up a group in the evening and it happened naturally, rembobine Vava. We called it La Chatte, because everything stems from La Chatte! “