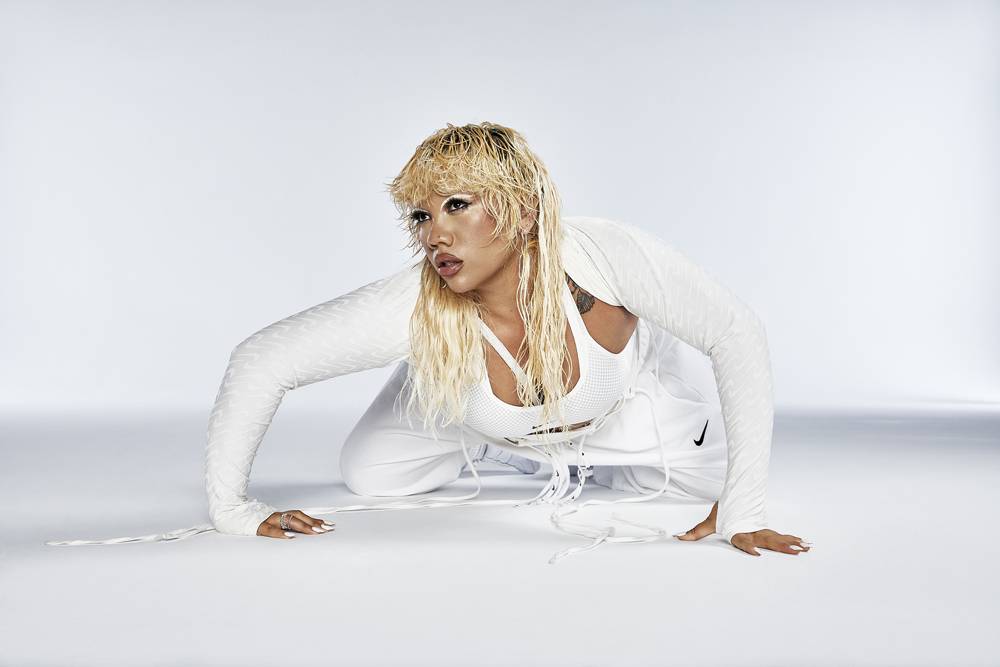 Today, Nike is launching its first dance campaign, “Own the Floor”, with a partner of choice: choreographer and artist Parris Goebel, queen of hip-hop, collaborator of Rihanna, Justin Bieber or J- Lo and above all, inspirer of positive values ​​and empowerment.

Carried by YouTube, Instagram, TikTok, millions of festivals and IRL contests, and by many TV shows, dance has never had such a global presence. Escaping the instances of cultural legitimation, it spreads through networks through videos of professionals, dance crews with precise choreographies, and millions of amateurs constantly inventing and reconfiguring new “subcultures”. In this post-Internet landscape, a young goddess is a leader. Born in Manurewa, New Zealand, this barely 30-year-old hip-hop queen is one of the most influential figures in contemporary dance and pop culture. It was therefore naturally to her that Nike turned, when she decided to engage more strongly in the field of dance. Their coming together reveals a new perspective on the importance of dance as a sporting discipline, and cultural vector of positive messages such as inclusiveness, female empowerment and body positivity.

By signing Parris Goebel among its partner athletes, Nike therefore officially positions dance as a sport. An art that is certainly expressive and meaningful, but anchored in the reality of the body – a taboo that was still recently denounced by Benjamin Millepied, when he was Dance Director of the Paris Opera Ballet. With the video and photo campaign “Own the Floor”, split into four chapters (“Dance Declaration,” “My Story,” “My Style,” and “My Movement”) broadcast on the Instagram accounts of Nike Women and Parris Goebel (@nikewomen and @parrisgoebel), the internationally acclaimed equipment manufacturer offers a sounding board for the messages of the New Zealand choreographer and artist who never ceases to prove her influence. “I can say a lot more with dancing than with words, she explains. Dancing is a wonderful way to express yourself, and anyone can do it, there is no right or wrong way. It is a universal language of joy and love. When I move, it’s like a transcendent experience, something takes hold of me, which goes beyond me. And when we look at a person dancing, we see their soul, they share with us something extremely personal. It’s very pure, very inspiring, it doesn’t matter if you dance with joy, or with melancholy, moved by something darker.”

In the first part of this campaign with Nike, Parris evokes the resilience that allows the dancer to overcome pain and fatigue, to let themselves be drawn into the power and beauty of movement. Since her beginnings in New Zealand, the personal story of this artist is indeed that of a relentless, who does not let herself be stopped by any obstacle. Very young, she begins at home to imitate the movements of the dancers she saw in the clips. As a teenager, she created an all-female collective of hip-hop dancers, ReQuest, which won several gold medals at the world hip-hop dance championships. To create a real movement, and allow other young girls, like her, to indulge their passion without limit, she founded her own dance school, The Palace, in Auckland, at the age of … 17 years old . “When I was young, I didn’t realize how unique coming from New Zealand, a place so far from the entertainment industry, made me, she tells us. But it really shaped my ethics and my way of relating to people, of working with them. In some communities, you are often judged if you are too ambitious, if you dream too big. So I created this school where dancers can work very late, very hard, without being judged.”.

From her childhood, while taking modern jazz lessons where her mother enrolled her, Parris is already protesting against the rigidity and dogmas that his teachers pass on to him. It is to free herself from it that she turns to hip-hop, where personal expression is encouraged: “I immediately loved the energy, the vibe, the freedom of hip-hop. There is no right or wrong way to dance, it’s really about owning your own style”. The group of 100% female hip-hop dancers that she creates thus federates around a new ethos: to overcome the divisions between the masculine and the feminine. To measure the impact of this act, it should be noted that hip-hop dance, in its commercial expression, is still often very gendered, men expressing themselves in jerky speed or even aggressiveness, while women develop a sensual gestures, even openly sexualized. Very young, Parris Goebel rebelled against this diktat by appropriating the steps of the male dancers, which she married with those of the dancers to obtain a non-gendered style. And even as she won several gold medals at the hip-hop world championships with her all-female crew, the young, ultra-talented dancer faces criticism regarding her not “commercial” enough appearance. “But I understood that it was just that, my superpower, she continues. In this, I was very inspired by Missy Elliott, who really changed the game. In terms of music, artistic direction of her videos, look, she didn’t do anything like other rappers. I figured if she could do it, I too could break stereotypes, be myself, and people would love me for who I am.”

It was when he discovered her on the Internet that J-Lo called her to choreograph her 2012 world tour. – it is moreover Parris who choreographed the performance of Jennifer Lopez during the SuperBowl in 2020. In 2015, everything changed for her with the planetary hit of Justin Bieber, Sorry. While the artist gives her 24 hours to imagine the choreography, Parris, a true woman-orchestra, directs, interprets, films and edits in the night a video that will make a milestone: in an entirely white studio, she dances with her friends in colorful outfits, with sunglasses and bright lipsticks. Their synchronized movements create graphic lines, which then break to reveal the individuality of each. Stunned by the creativity and precision of this video, Justin Bieber will make it the official music video for his song, which will become, despite the absence in the image of the star herself, one of the most viewed videos of all the history – at present, over 3.4 billion views on YouTube. “I believe it was an important moment for dance, which profoundly changed the way artists use dancers”, Comments Parris soberly.

Today she participates in another pivotal moment, which links the fashion industry and the music industry, choreographing Rihanna’s show shows for her Fenty Savage lingerie line. Real shows mixing cohorts of dancers, top models, and pop music stars, the parades showcase beauty in all its diversity, and celebrate self-acceptance, body and movement. During the last edition of this exceptional show, a real short film broadcast exclusively on Amazon Prime, the stunning cast included Nas, Ricky Martin, Vanessa Hudgens, Cindy Crawford, Precious Lee, Soo Joo Park, and Emily Ratajkowski. Alongside Rihanna since the start of this adventure, Parris Goebel is pleased to spur a new positive dynamic that brings real change: “ All those who take part in this adventure want to counter the norms, to change the outlook. We want to make people love each other. It’s great to see the messages we get like ‘Thanks to you now I feel confident enough to wear a bikini at the beach’. If I can just do that, in my life and in my career, then that’s enough. I want to encourage people to be strong, to be bold, to stop apologizing for existing. We all grow up in a society that tells us that we have to feel ashamed of being ourselves and of loving ourselves as we are. I refuse this, I am as I am, take it or leave it. ”

It is this daring and this strength, this courage that characterizes the athletes, which unites Parris today with Nike. Memories of long nights spent repeating, of her muscles exhausted by incessant work, she has hundreds of them. “NOTe are athletes, of course, while there is no such thing as a typical dancer workout, you have to find what fits your body and your personal style. Each dancer’s path is unique, which is what makes it beautiful. But I can assure you that at the end of the day my body is as sore as that of a basketball player! ” Dancer, choreographer, creative director of videos, multifaceted artist refusing to be locked into a category, the one who at the early age of 27 published her autobiography, Young Queen : The Story of a Girl Who Conquered the World, to recount his already edifying journey, sees in his collaboration with Nike an opportunity to celebrate love and joy through dance. But also, the logical realization of a motto that she shares with the equipment manufacturer, and which has inspired her since her childhood: “ I opened a dance school, learned to mix music, to direct and edit videos, because I consider that the best way to get what you want is to know how to do it yourself -same. So I can relate to Nike’s motto perfectly. I mean … just do it, right ?”

Who is Parris Goebel, choreographer of Jennifer Lopez and new face of Nike?