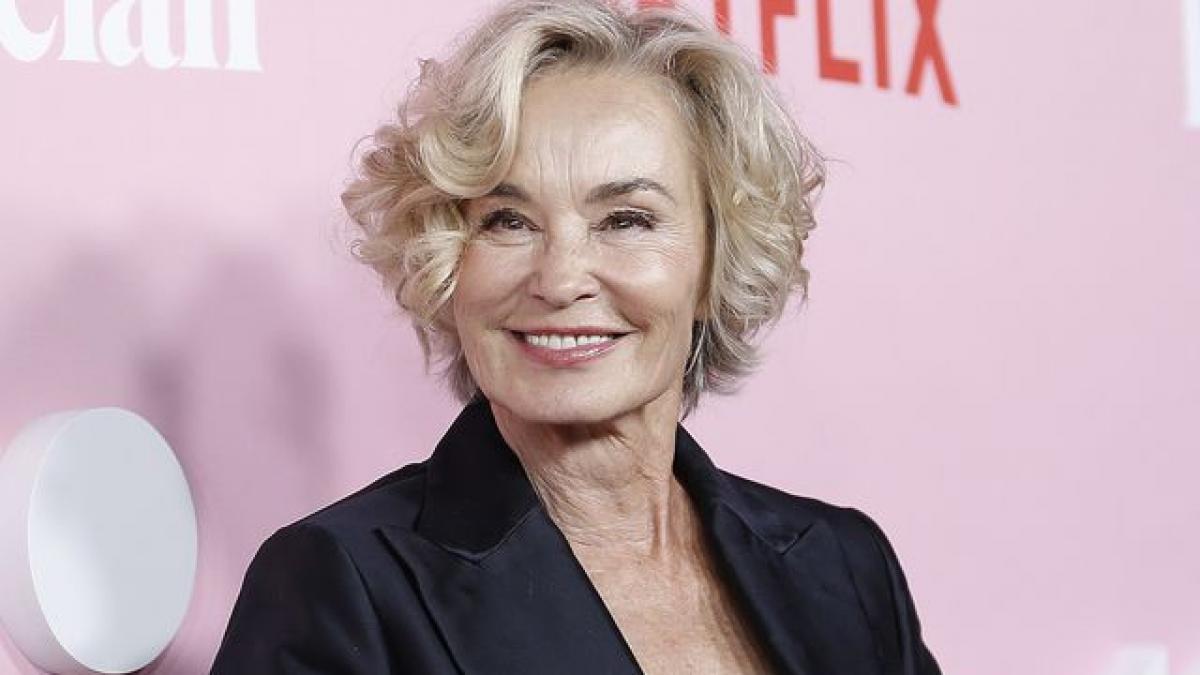 Daughter of a street vendor and a housewife, Jessica Lange (Minnesota, 1949) managed to climb to the top of the film industry without even trying. Winner of two Oscars – one as a secondary for comedy Tootsie and another as lead actress for the drama The things that never die, in the skin of the manic-depressive wife of a military man- lately she has opted for television series and we have seen her as the Joan Crawford of Feud, the protagonist of the first four seasons of American horror story or the satire on the delusions of America The politician. All of them commanded by Ryan Murphy, the king of the small screen.

Lange became known as the girlfriend of King kong from the hand of the Italian producer Dino de Laurentiis in the 1976 version accompanied by Jeff Bridges, a first role that could have been the last thanks to the bad reviews that his portrayal of Dawn, the beautiful blonde who falls in love with the ape, garnered. It took her three years to feel comfortable in front of the camera again, this time playing an angel of death in the musical. All that jazzby Bob Fosse, with whom he had an affair.

She debuted as King Kong’s girlfriend in the 1976 version, but got bad reviews for her role.

During the eighties and nineties he starred in memorable performances in titles such as French, Country, our land, Sweet dreams, The music box, The cape of fear or Rob roy. Lange is one of the few actresses who has achieved the triple crown of the Oscar, Emmy and Tony, but each time she has been spacing her appearances in the cinema more to enjoy her family more by showing off a simple life.

A good student, as a young man she was attracted to Fine Arts and in the classrooms of the University of Minnessota she met the Asturian professor and photographer Paco Grande, son of the doctor and considered one of the fathers of nutrition Francisco Grande Covián, and they fell in love. Lange was 19 and Grande 26. They dropped out of college and traveled to Europe together. “We were very curious to discover the world,” said the interpreter in an interview. They toured Spain on a motorcycle sleeping at the home of friends and relatives of the photographer. They were in Malaga, Barcelona, ​​Asturias and Madrid, where they resided for a time, without anyone knowing the fate that would bring the young and adventurous Lange, still oblivious to her relationship with the seventh art. Then they headed to Amsterdam and Paris, where they lived through the intense May of ’68.

After a while from here to there they returned to the United States and toured the country and northern Mexico in a van. They married in 1970, although Lange grew tired of the bohemian lifestyle they led and the couple soon went their separate ways, without worrying about divorce until 1982. She took the opportunity to settle first in New York to study acting and then studied mime in Paris, where she worked as a model and waitress to pay for her classes.

In 1976, the year of her film debut, the actress fell madly in love with the Russian dancer Mikhail Baryshnikov and they had a daughter together. When little Aleksandra was less than a year old, she left Baryshnikov for the actor and playwright Sam Shepard, eventually married with children, with whom she coincided in the filming of French (1982). Their relationship lasted 22 years, until 2009, and they had two children, Hannah Jane and Samuel Walker, although they never went through the vicarage.

Lange fondly remembers the time with Grande, who infected her with a passion for photography. The truth is that she is an experienced photographer and with her Leica M6 – a gift from Sam Shepard – she has exhibited her work all over the world. Of course, while he shoots with his camera, he does so anonymously and he likes to play with light. “I like to go unnoticed, not to become the protagonist. To be, simply, one more. So I can merge with reality and get closer to the people I want to photograph,” he told The country in 2019.