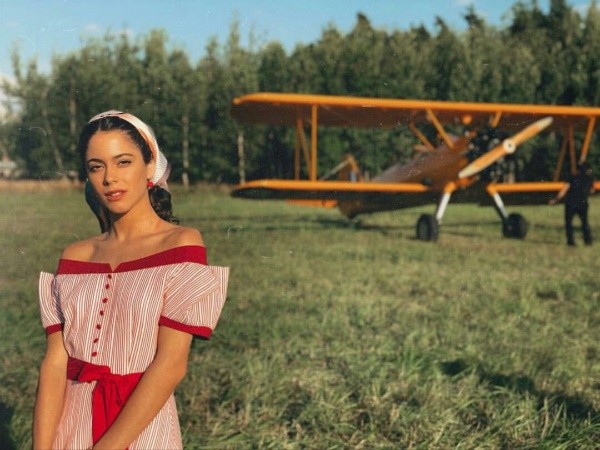 Tini Stoessel is undoubtedly one of the most important artists of the moment in Argentine. With his songs that resonate so much Latin America as in L’Europe , the EX Violetta he has carved out a place for himself in the world of international music. However, she does not forget her acting debut and in 2018 shot a dramatic film that had Jackie Chan as director and screenwriter. We never saw its premiere again, but a song already excites its fans.

Three years ago, Tini was a guest on the show Short by Lozano (Telefé) and commented: “I was turning in China in Shanghai. Jackie Chan is a beast, an eminence. I don’t know how it all happened to me”. And to appease everyone’s curiosity, he tells how he got involved in the project: “i usually do castings and the production saw one of the auditions I did for another movie with a similar character. They loved and they chose me”.

As it happened, this is the first dramatic film directed by the expert martial arts actor. it will be titled The diary and it will be loaded with Romance located in the thirties. « It was a very pleasant and enriching experience. He knows a lot, he is very humble and very affectionate“, Remarked Martina Stoessel, who made her television debut with the project. Disney Channel, Violetta.

Plus, the owner of hits like Lie to me with María Becerra, he declared: “In the movie I had to speak in English, so I learned to dialogue to sound as natural as possible and not to seem forced”. The film ended filming in Prague and, as Tini herself hinted at, she had scenes in which she must have had to sing. However, the project that culminated in 2018 never saw the light of day and its fans are already starting to worry.

In November 2020, Tini was interviewed on Morning angels (El Trece) and explained: “I guess with everything that happened (the Covid-19 pandemic) It must have been late. I don’t know when they plan to release it, probably soon. A year can go by like five. These are things that happen in the cinema”. But it seems to be less than expected: his fans have discovered that in IMDb the date is stipulated for 2022 and would have the presence of Kevin Kline, Nah Centineo et Andy Lau.