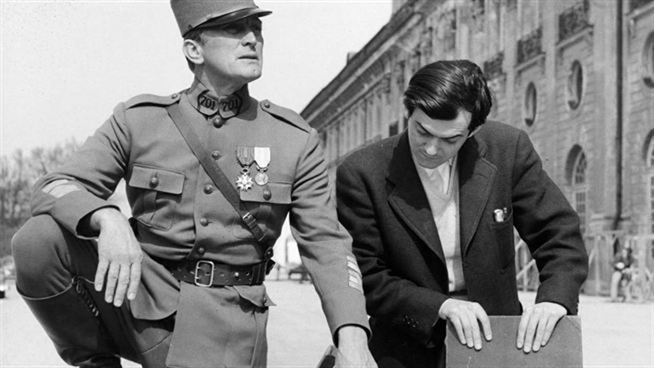 Recent discoveries in the archives of Stanley Kubrick and Kirk Douglas by a British historian reveal that the filmmaker and actor-producer attempted to secure the adaptation rights from Dr Zhivago to make a film. In vain.

An indestructible classic of TV multi-broadcasts, David Lean’s Doctor Zhivago is once again in the spotlight, this Sunday evening on Arte. The opportunity to deliver a tasty little story around the adaptation of the work of Boris Pasternak. In this case an abortive attempt led jointly by Stanley Kubrick and Kirk Douglas, to buy the rights to the novel in order to adapt it to the cinema.

Died on February 5, 2020 at the more than venerable age of 103 years, the immense comedian that was Kirk Douglas really enjoyed working with Stanley Kubrick, even if their relationship was sometimes very strained. Nevertheless, their first collaboration gave birth to an absolute masterpiece with The Paths of Glory in 1957; perhaps the greatest film ever made on the 1914-18 war. Three years later, they collaborated on the extraordinary Spartacus peplum.

In November 2019, The Guardian brought back a surprising find. James Fenwick, a British film historian at the University of Sheffield, discovered that Kubrick and Douglas tried unsuccessfully to get their hands on the rights to adapt the work by Boris Pasternak published in 1957 in the West by an Italian publisher, Doctor Zhivago, to make a film, in the late 1950s. Kubrick even wrote directly to Pasternak to convince him to cede the rights to him; while Douglas hoped for a possible shoot in the Soviet Union.

It is in the archives of the University of the Arts in London, as well as in personal archives of Kirk Douglas ceded to the Wisconsin Center for Film and Theater Research, that the historian made this discovery. Starting with this letter sent to Pasternak by Kubrick, dated January 8, 1959: “The last movie we made [NDR : Kubrick et Douglas], The Paths of Glory received the award for best film in Belgium, Brazil and Finland. […] We would like to purchase the film adaptation rights for Doctor Zhivago. We contacted the law firm in New York, representing the interests of the Italian publisher who printed the book. The negotiations are stalled, because they are not yet prepared to finalize the agreement “ wrote Kubrick.

Fenwick apparently initially had some doubt about kubrick’s real desire to adapt this literary work: “at that time he was more associated with the film noir genre” he explains to the Guardian. But the historian revised his judgment after discovering, apart from the letter, a previously unseen notebook of the filmmaker, which dates from the early 1950s.

Kubrick wrote there: “the precise moment of an absolute success for a scenario writer, is when he is finally authorized to carry out an adaptation of a great classic of the literature of more than 600 pages, which he does not understand very well, and which is impossible to film properly due to the intricacy of the plot, or the elusive form of its narrative or form. “

We can only speculate today on what could have been this adaptation of Doctor Zhivago delivered by Kubrick, with in the title role Kirk Douglas in the guise of the doctor. But we have to admit that the version of David lean released in 1966, carried by the luminous presence of Julie Christie and Geraldine Chaplin, an Omar Sharif very inhabited in the role, and of course the unforgettable musical theme of Maurice Jarre, is very far from unworthy. Immensely successful in the theater, the work was crowned with five Oscars, including that of Best Adapted Screenplay (awarded to Robert Bolt), Best Music, and Best Photography.

Below, the immense career of Kirk Douglas, swept in a tribute slideshow …