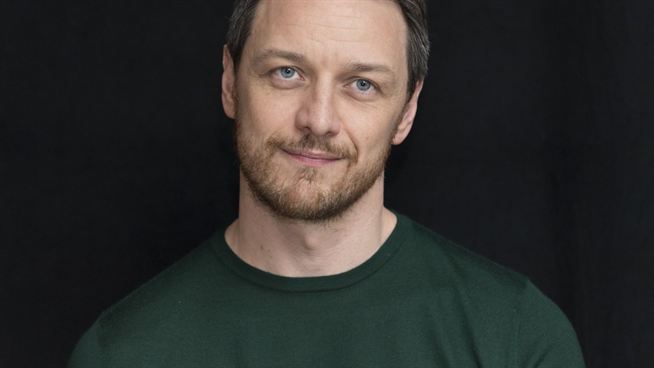 In promotion for the release of the game “12 Minutes”, an interactive thriller in which he lends his voice, James McAvoy evokes in an interview with Forbes his addiction to video games … To the point of having to burn the cake of his favorite game !

What does actor James McAvoy do between shoots? He gives voice in a video game! In this case in the game 12 Minutes, available since August 17th.

Edited by Annapurna Interactive, the digital subsidiary of the independent Hollywood studio Annapurna Pictures, the game is presented as an original narrative and interactive thriller with an eye-catching visual style, in which a man is trapped in a 12-minute time loop. When his wife tells him that she is pregnant, a man enters his home and accuses him of having killed his father. And it starts all over again and again. The goal of the player being to investigate this mystery and find the truth.

The actor therefore ensures the vocal dubbing of one of the protagonists, and he is supported in passing by a beautiful vocal cast, in which we find Daisy Ridley and Willem Dafoe.

Below is the game launch trailer …

In promotion for the game, the actor granted an interview with the Forbes site, in which he talks about his old video game addiction. One in particular: the formidable role-playing game The Elder Scrolls IV : Oblivion, released in 2006 and edited by Bethesda. An addiction such that it endangered, according to him, the shooting of a film that he was supposed to ensure at the time, Jane, to the point of deciding to burn the DVD of the game to get rid of it. Radical !

“I had to go to bed around 10pm, because I got up at 6am everyday. And I had a ton of dialogue to learn. Except I stayed awake until 4am playing Oblivion!” he said. His extended playing sessions during the shooting even pushed him to start playing even earlier in the evening, at 8 p.m., regularly peaking until 5.35 a.m. explains the actor, even though a car came to pick him up from 6 hours to take him to the film set.

Schedules actually not really compatible with the pace of filming and almost sleepless nights … To the point that McAvoy made a radical decision to wean himself from the game: “I opened my X-Box 360, took out the disc, turned on the gas, and burnt the game disc a little to melt it”.

If he has slowed down quite a bit since, staying away from video games for ten years, he has been back into it significantly since then with his son, with whom he regularly plays FIFA or Warzone. Fortunately he did not embark on The Elder Scrolls V : Skyrim, released in 2012, otherwise it would certainly have plunged again never to get out … Those who have embarked on this fabulous ultra immersive game know something about it …