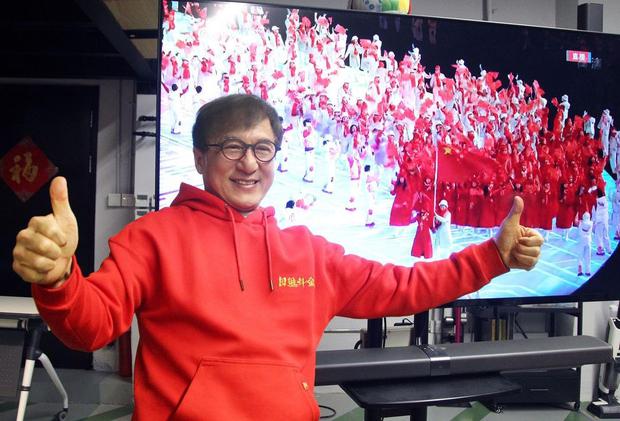 Jackie Chan He is one of the most popular actors in action movies. His name is known in almost the entire world, standing out for his talent for Martial Arts. At 68 years old, this Hong Konger has recorded more than a hundred films and has conquered several continents with his talent and charisma.

He has received stars on the Hong Kong Avenue of Stars and on the Hollywood Walk of Fame. He has been referenced in various popular songs, video games, and comics. In the year 2016, Jackie Chan received an Honorary Oscar, due to his professional career.

Jackie Chan He is highly respected in China and the United States as an actor and businessman and has become an icon of the action genre. Although he has always been noted for his professionalism, on one occasion he lost control and almost stabbed the director of one of the films he was working on. What happened? Here we tell you.

In an interview for the Chinese program Shidian Talk, which is broadcast on Asia One, Jackie Chan said that he once almost stabbed the director of one of the films in which he was acting.

On that occasion, Jackie Chan recalled that the director made derogatory comments about his parents. This made the famous interpreter upset and he lost control instantly.

“I took a knife and wanted to go and cut the director. I said that you can scold me all you want, but don’t insult my mother,” Chan revealed to the Shidian Talk program, according to what he said. screenrant.

Fortunately, Sammo Hung stepped in to put a damper on the tense situation. The Chinese actor and director stopped Jackie Chan before he did something crazy.

“Sammo grabbed me and said, ‘Are you crazy?’” revealed the actor from hit movies like “Drunken Master,” “Rumble in the Bronx” and “Twin Dragons.”

Jackie Chan’s popularity is tied to his practice of doing his own stunts and his professionalism on film sets. However, the star of “The Karate Kid” has anecdotes like these just like other Hollywood stars.