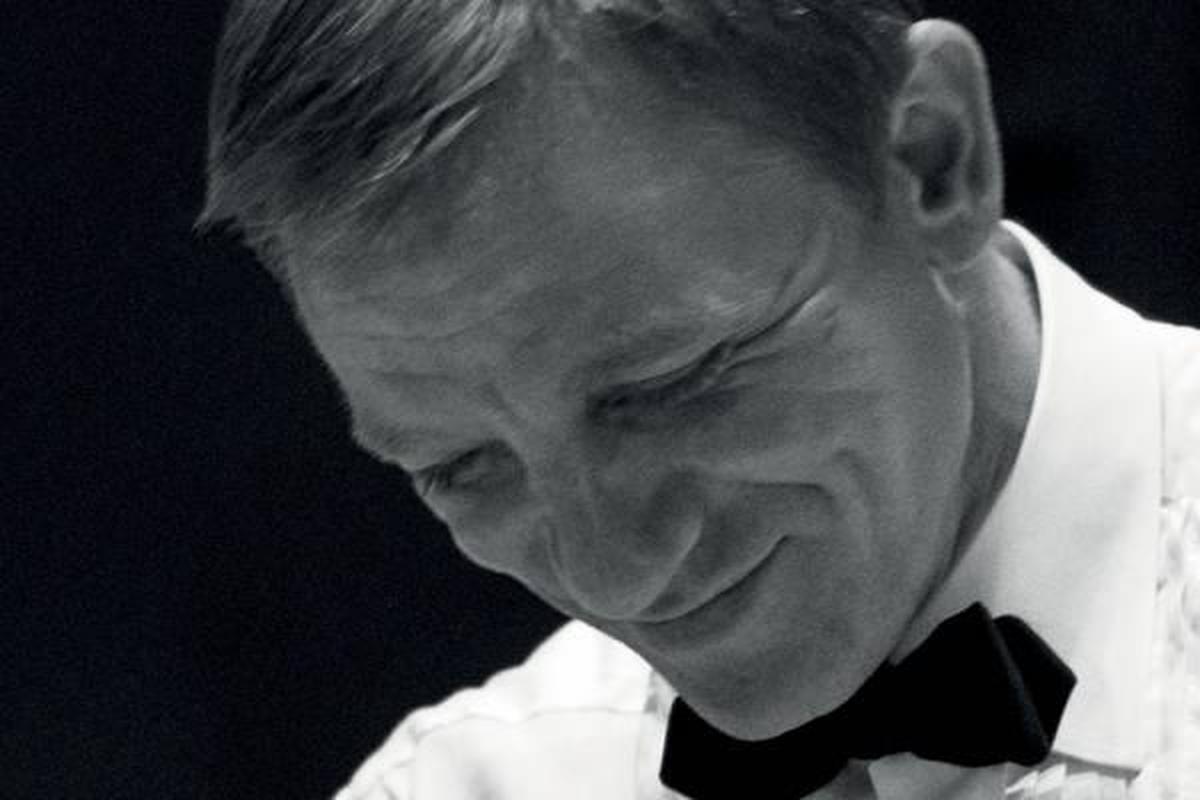 A remarkable documentary available on Apple TV looks back on the last five films of the saga. It is teeming with new images and crisp anecdotes. Emotional, too.

For any self-respecting James Bond fan, putting “Being James Bond” online is an event. Available for two days on Apple TV, this remarkable 46-minute documentary looks behind the scenes of the last five feature films devoted to the British secret agent: “Casino Royale”, “Quantum of Solace”, “Skyfall”, “Specter” and “No Time To Die”.

What makes “Being James Bond” so special? It is Daniel Craig himself, in conversation with the producers of the saga, Barbara Broccoli and Michael Wilson, who tells how he has lived in the skin of 007, since the announcement of his appointment, October 14, 2005. L opportunity to rediscover to what extent it had by far not been unanimous.

Too far from the look of the previous performers, too blond (“Because Roger Moore was not?” Barbara Broccoli observes judiciously), too small but also not knowing how to drive, Daniel Craig had been the victim of a ridiculous bashing. The documentary recalls that the English press had even affirmed that his female partners found that he had foul breath, to the point that they had demanded that he eat mints, before the shots… An avalanche of criticism who had instantly disappeared, after the publication in the press of a photo of the actor in a bathing suit, emerging from the waves like Ursula Andress in “Dr No”!

“I always thought Daniel had the aura of a top star,” said the producer who fought for Daniel Craig to accept the role of James Bond. When I saw him walk in the movie “Elizabeth” in 1998, with such charisma, I thought it was him, our new 007. He lit up the screen like a real movie star, even in scenes in which he was not the main actor. We only saw him on the screen. ”

The documentary reveals, in particular, the images of Daniel Craig’s tests for “Casino Royale”. We can see the actor very determined, almost animal, but with a look and a haircut quite far from the secret agent. “Being James Bond” offers a host of unpublished documents that show the perfectionism of the main performer but also his sense of humor. Like when, turning the famous gunbarrel (the shot in the direction of the spectators which opens almost all the “Leap”) of “Skyfall”, he then sketches dance steps, to the laughter of the technicians.

Daniel Craig also returns to the difficult conditions of the filming of “Quantum of Solace”, in full strike of the writers. “We started shooting without a script, which should never be done,” he explains. I wanted to help director Marc Forster write the script, but that’s not my job. So I gave myself body and soul in the stunts. Too many even because we ended up losing the thread of the story. And I paid for it by injuring myself. ”

Barbara Broccoli, Michael Wilson and Daniel Craig also recount how trying to film the scene of M’s death in “Skyfall” was. “Everyone was crying. It was very hard to shoot this last scene with Judi Dench who played this character for seventeen years. We knew she was going to leave the saga, but when the time came, it was heartbreaking. ” We have to recognize it by discovering the images of the shoot.

Surprised, Daniel Craig explains that, during the shooting of “Specter” in 2015, he was injured and had to shoot the entire film with a leg brace. “It was either that or an operation that would have kept me away from the sets for nine months. It was not possible. But I was constantly afraid that my leg would give way and that I could no longer take on the role, says the British actor. When you see me at the beginning of the film walking on a roof, I might be assured by a cable but I did not lead wide, fearing that my leg would betray me. I was in great pain and that distracted me throughout the film. I couldn’t give myself 100% and it shows. ” And Barbara Broccoli to assure that Craig was in great pain, to the point that subterfuge had to be found to relieve him, in some shots.

We also discover that playing 007 is not always all pink. Thus, Craig confides that after his second “Bond”, he resented his fame very badly. “There were guys hiding up in the trees in front of my house. I never went out of my house and lived constantly with the curtains drawn, ”he explains. “I was worried because he lived in a cloistered life. He was no longer benefiting from anything, ”adds Barbara Broccoli. A celebrity that he then, fortunately, tamed.

The end of the documentary shows previously unseen footage from “No Time To Die”. And, above all, the moment when Daniel Craig shoots his last shot in the role of James Bond. We then witness an extremely moving moment when, to the enthusiastic applause of the team, the actor takes leave, in tears, in the arms of Barbara Broccoli and Michael Wilson, after an extraordinary adventure that will have lasted from 2005 to 2019 .

Now it remains to discover “No Time To Die” which will be released on French-speaking Swiss screens on September 30th.