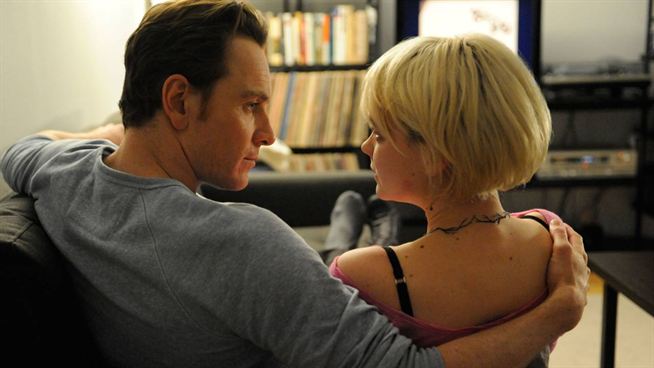 Steve McQueen directs ‘Shame’, a film about a man addicted to sex that was a challenge for its protagonists. In addition to Fassbender, it features the performance of Carey Mulligan.

When someone shoots a role like that, the most logical thing is to avoid your parents seeing it, no matter how good the acting is. Carey Mulligan, who also comes out without clothes, declared that her father “is forbidden” to see it and Fassbender, who the first time he saw the film he was with her father Josef, was relieved that her mother had not been able to go to the preview Nevertheless, the actor has assured on occasion that he had the courage to appear naked thanks to a comment from his mother.

In an interview with vulture, the actor explained that the main problem that the networks had with nudity was, specifically, with male nudity. “The women are naked all the time, but the guys are wearing pants. I remember my mother always complaining: ‘It’s disgusting, women are always naked!’ So I’ve done this for you, mom!“.

Get into the skin of a sex addict

To get into Brandon’s skin, the actor wanted to do some research in the UK, but couldn’t find any sex addicts who would talk to him, so he looked in New York. “Scratching the surface of what is socially normal. I guess somehow we all have something that we show to the public and things that we feel too embarrassed or uncomfortable to reveal to other people,” Fassbender tells Guardian.

He managed to prepare as he felt he should and came to understand the impulses that move the protagonist, although the average viewer may not understand why he does what he does. “[En mi personaje] there is this feeling of self-disgust, shame and self-loathing because you have no control over your physical life. Then he goes out and does it again to get rid of that embarrassment; he doubles it, so it’s a cycle. The drug [de Brandon] it’s the sex. So it’s a physical push; it’s a physical need to get a dose”, explains the actor about the character he plays for GQ.

With or without male nudes, shame received an almost unanimously positive review upon its release in January 2012. Legendary critic Roger Ebert wrote that it was a “powerful, brave and truthful” film and, although he noted that it was a great act of directing and acting, he thought that he would not be “able to see it twice”. Her colleague Todd McCarthy wrote: “Boosted by Michael Fassbender’s brilliant and fierce performance, shame it is a true walk on the wild side, a searing look at a case of sex addiction that encompasses everything like drug craving“.

“Thus, McQueen, who knows the iconographic tradition of desire by heart, handles the figures with ease and draws them outside the common place of mediated sex. Here, on the contrary, desire is shown in all its ambiguity: as harmful as it is splendorous Like Brandon’s own body: pleasant but self-destructive”, writes Paula Arantzazu for SensaCinema.

‘Elle’, a movie considered immoral that you love it or hate it, tonight on tv

shame tells the story of Brandon Sullivan, a New York executive who masturbates several times a day and often frequents the services of prostitutes. He has hypersexuality, which conditions his whole life and, of course, his relationship with women. His little sister, Sissy, arrives in the city by surprise and stays in her apartment, which ends up disturbing the protagonist.

shame airs tonight on Paramount at 10:30 p.m. If you don’t arrive on time you can watch it on Amazon Prime Video, HBO, Filmin or Movistar+.

What to see today: the movie that Michael Fassbender did not want his parents to see