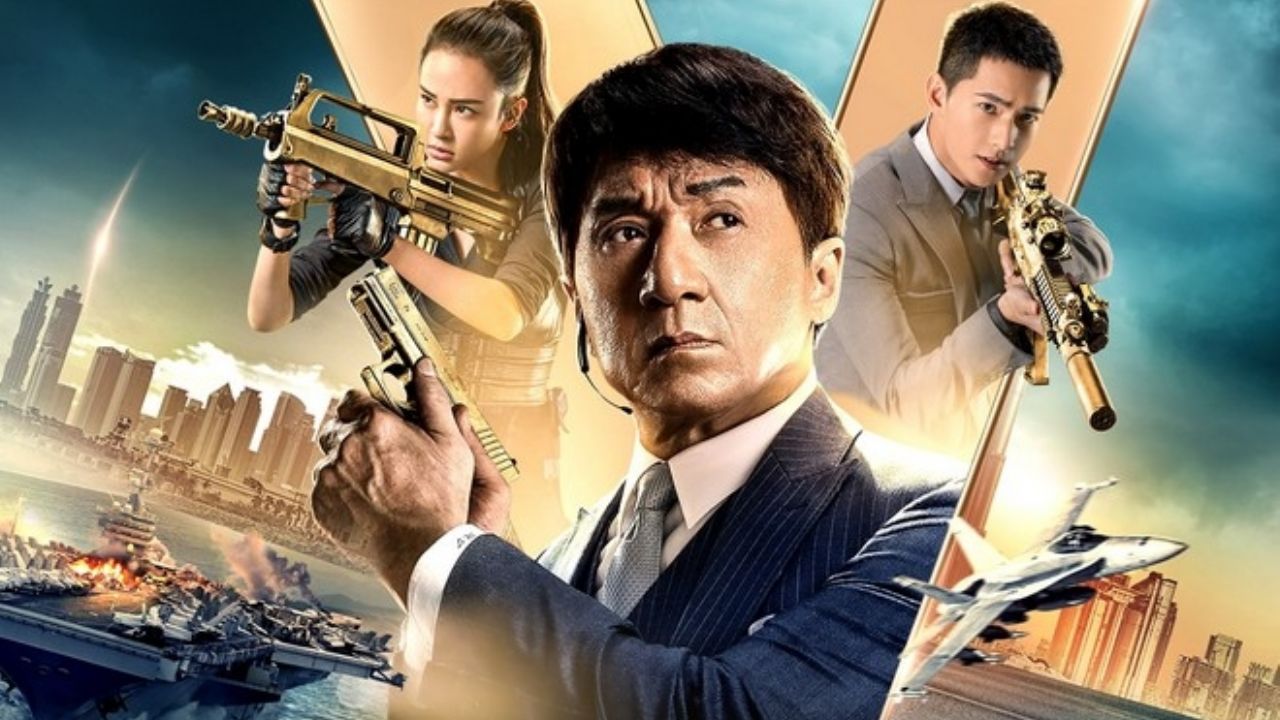 After the gradual return to “normality” due to the pandemic, the cinema began to position itself as an ideal panorama to share with friends and family. That is why in TimeX They showed you the offer of Chilean movie theaters, where there are various premieres to enjoy the various genres such as superheroes, action, horror, children and more.

(Updated Monday, November 1) Watch the movie premieres for this weekend

Jackie Chan arrives with his new action-packed movie, when an accountant is targeted by a mercenary organization and an undercover security company is his last hope. Available in Cinemark, CineHoyts and CinePlanet.

Morticia and Gomez see how their children are growing up and getting busier. To make up family time, they plan a trip to the United States, where they will live their crazy and grim adventures. Available in Cinemark, CineHoyts and CinePlanet.

“Assault on the Mint”

Ten days to get precious loot or go to jail. With this premise comes the story of the young engineer Thom Johnson, who waits for a massive World Cup match in South Africa to take advantage of the distraction of the game and enter the most careful place in the country. Available in Cinemark, CineHoyts and CinePlanet.

Paul Atreides is a talented young man who will embark on a dangerous journey to a distant planet, all to ensure the future of his family. When the dispute for the economic resource of the place confronts the dominant forces, the family must act to protect itself. Available in Cinemark, CineHoyts and CinePlanet.

A moving story from the 1950s shows the union of Rachel and Philippe. The modest office worker and the young bourgeois have a brief but intense romance, from which Chantal was born. The battle between the two will last for more than ten years, after the man refused to recognize the girl and the woman raised her completely alone. Available in Cinemark.

A young man seeks to earn a place in the world of urban music, but when he gets an opportunity, a tragedy puts his life at risk. Available in CineHoyts.

“The most beautiful years of a life”

An intense love story continues 50 years later with an unexpected reunion, when the veteran pilot’s son helps him find the woman he could never forget. “The most beautiful years of a life” is a sequel to “A man and a woman” of 1966, which in turn had its continuation 20 years later. Available in CineHoyts and CinePlanet.

Ángel and his brother Franco have been incarcerated in a juvenile prison for a year, until the arrival of a rebellious partner will be the only hope of escaping and making their dreams come true. Inspired by true events, this movie is in CinePlanet and CineHoyts.

In a world where adorable robots are the best friends of children, a little boy discovers that his companion is not working well because he is damaged. The tape is on Cinemark, CineHoyts and CinePlanet.

“Halloween Kills: The night is not over yet”

This horror film shows the desperation of a grandmother, her daughter and her granddaughter escaping from a ruthless murderer who was locked in his house while he was burning. It was late when the emergency team that came to put out the fire noticed that they really rescued a dangerous being, who will threaten the family again. “Halloween Kills: The Night Isn’t Over Yet” is on Cinemark, CineHoyts and CinePlanet.

Marguerite remains silent and makes a serious accusation against Jacques Le Gris, which he flatly denies. The fact leads him to confront who was his friend, the husband of the wife Jean de Carrouges and who will now be his rival in a duel to the death for the truth. Based on a true story, the film is available at CineHoyts.

Russian actor and director Danila Kozlovski made “Chernobyl: Abyss”, translated as “Chernobyl: The Movie. The Secrets of Disaster.” The story of the 1986 nuclear accident has as its central axis three protagonists, who will be involved in the complicated mission of draining the boiling water from the reactor, all in the middle of the minutes after the disaster. The tape is in Cinemark, CineHoyts and CinePlanet.

“Venom: Let there be Carnage”

Translated as “Venom: Carnage Freed” and also known as “Venom 2“is the sequel to the story of Eddie Brock living with the symbiote in his body, which this time will face another similar being as a new threat. The new release of Sony Pictures is in Cinemark, CineHoyts and CinePlanet.

The new installment of the popular character James Bond is already in theaters. On this occasion, the agent is retired living a quiet life, all until a new threat forces him to return to action. “No time to die” or “No time to die” is also the farewell to actor Daniel Craig in the title role. The tape is on Cinemark, CineHoyts and CinePlanet.

A widow will begin to investigate curious clues that she discovers after the death of her husband, where everything indicates that there was an important reason why he took his own life. Available in CineHoyts.

“Shang-Chi and the Legend of the Ten Rings”

The new premiere of the Marvel Cinematic Universe introduces the new martial arts expert hero. “Shang-Chi and the Legend of the Ten Rings” It is already in theaters and will be streaming in November.CineHoyts has tickets for sale for this tape.

On August 26, the film based on the children’s series “Paw Patrol” was released. The canine patrol must face the villain Humdinger, who wreaks havoc in Adventure City when he becomes mayor. The tape can be seen in CineHoyts.

“Ainbo: The Warrior of the Amazon”

This new story for the whole family brings Ainbo, a young Amazon who lives with her family and will receive the support of her friends to face a threat to her family. It is available in CineHoyts.

What to see in the cinema ?: Look at the billboard where Jackie Chan’s new, “Operación Vanguardia” stands out.