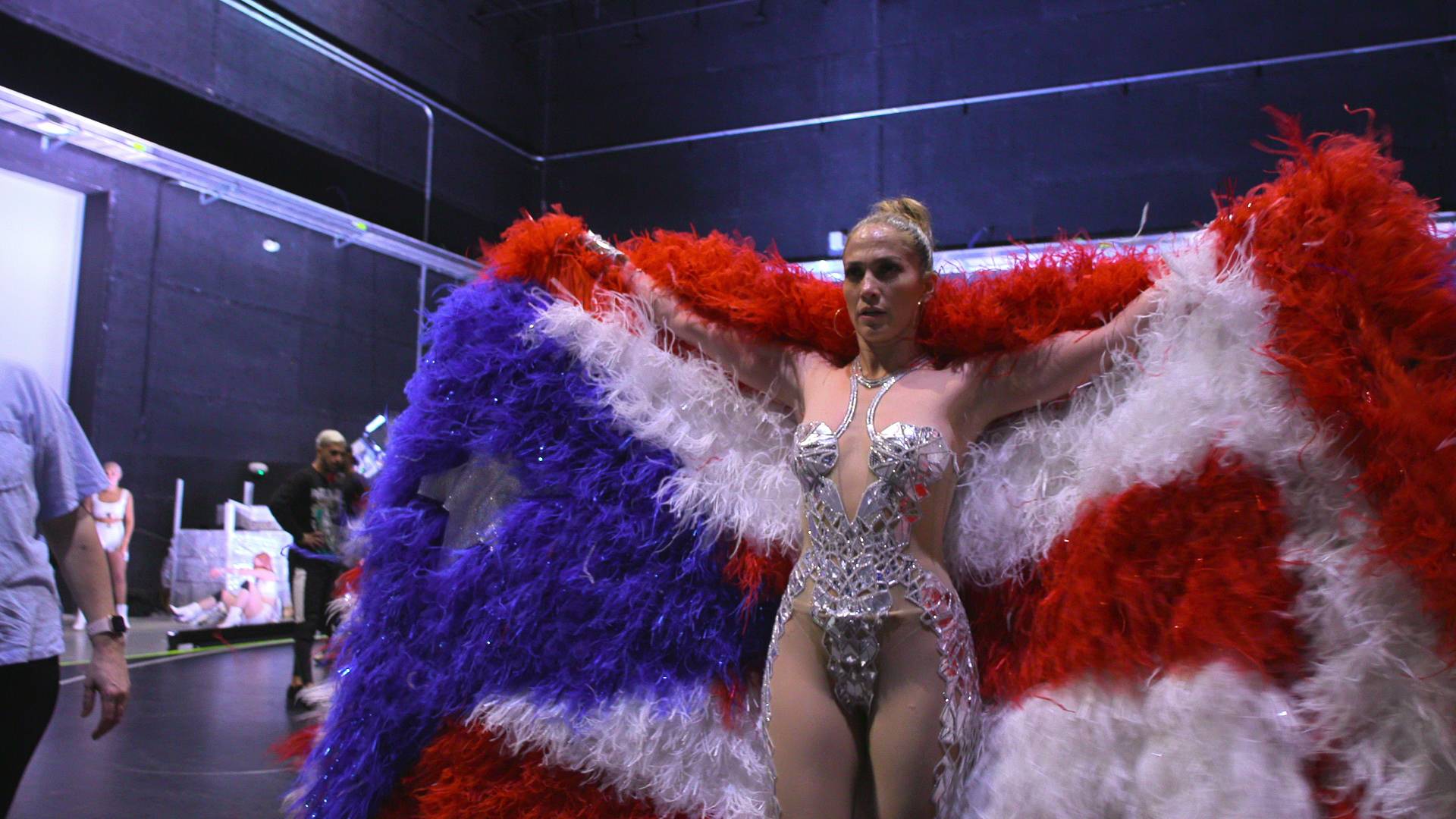 After airing documentaries on Lady Gaga, Angèle and Beyoncé, Netflix unveils an energetic, timed and glowing film about the life and career of singer, dancer, businesswoman, Latino icon and incendiary actress Jennifer Lopez. Entitled Half-time, the program looks back on the ups (and a few downs) of a diva with 80 million records sold as well as on her political significance. But do we really learn anything from it?


At 52, Jennifer Lopez is an actress, singer, dancer, businesswoman, and superstar behind the creation of Google Images (thanks to her famous Versace high-cut green dress) who has – almost – nothing left to prove. But the artist and Latin bombshell with mythical curves has come a long way. As his tube already reminded Jenny from the Block (2002), the one who was born in the Bronx grew up far from show business. Half-time tells us that the mother of the singer, a cold and tough woman, hit her. And that Jennifer Lopez, who has become a war machine hiding the moments when she is sick behind layers of make-up, has run away to escape him. We also see in the documentary an intimate family scene: a lively Thanksgiving meal for which Jennifer Lopez cooks, in her pajamas, as if interstellar success had never existed. Fortunately, at other times when the star walks around with a fully rhinestone goblet, we remember her status as a diva.


The artist started with dance, as “Fly Girl” (an expression referring to the cool girls who gravitate in the middle of hip-hop) in the comedy show In Living Color in 1991. She then redoubled her efforts to also be seen as an actress and a singer. But the most spectacular and intense moments ofHalf-time are those where we see Jennifer Lopez swaying, whether on a pole dance bar or on a stage. In leggings and a sweat-crop top, she prepares the choreographies for the Super Bowl halftime show in 2020 down to the smallest detail and with colossal aggressiveness (almost like a boxer). Her impressive energy and charisma, almost carnivorous, reminds us that with Madonna and Beyoncé, the American is undoubtedly one of the pop stars who best manages to convey strong emotions with her body. We regret, however, that the documentary leaves very little room for his Super Bowl colleague, Shakira. We even feel a certain tension and rivalry between the two stars in the rare appearances of the interpreter of WakaWaka. For the sorority, we’ll come back.

3. Media treatment similar to that of Britney Spears


Some of his films met with dazzling success (likeA Perfect Marriage released in 2001) and she has sold 80 million records, yet J.Lo has sometimes suffered media treatment close to that, anti-feminist, reserved for Britney Spears. In the 2000s, we questioned her vocal performances, her acting skills and above all, television and the press chained jokes about her prominent buttocks. But alas, as Ben Affleck notes in the documentary, Jennifer Lopez being a woman and a successful Latina, she expected not to be unanimous.

4. A more political pop than it seems

Jennifer Lopez admits it in an interview edited by Half-time : all his songs are about love. Still, the political reach of J.Lo should not be questioned. She made a point of thinking of her entire Super Bowl performance as a moment of cultural pride and a tribute to her Puerto Rican heritage. But she also fought against the NFL, which organizes the show and whose bosses support Trump, to incorporate cages on stage. This was an allusion to what had been happening since 2018 then in the United States. Children of illegal immigrants were separated from their parents at the borders and locked up at the US-Mexico borders. Half-time also shows Jennifer Lopez’s patriotic performance at Joe Biden’s inauguration ceremony in January 2021.

A steel mind and concrete abs… At 52, Jennifer Lopez commands respect more than ever. “All my life I’ve fought to be heard, seen, taken seriously.” she admits. And it is after 50 years that the interpreter ofOn the Floor (2011) finally seems to have gotten everything she wanted, or almost: a flashback (with Ben Affleck), a nomination for the Golden Globes for her film Queens (2019) or the Super Bowl halftime. Even if the singer regrets not having received an Oscar for Queens, this belated renaissance is blazing proof that women’s lives don’t stop at menopause. Whether you are a bodybuilder superstar or not.

What to remember from the Netflix documentary on Jennifer Lopez?