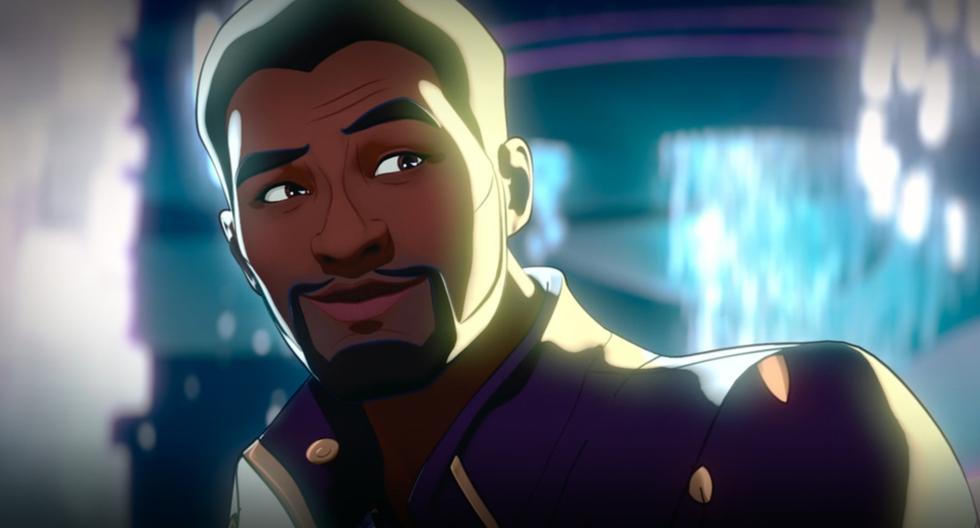 After a first episode that did not convince, the series “What If…?”From Marvel Studios returns with a second installment that serves two purposes: to tell a familiar story with freshness and, at the same time, to say goodbye to Chadwick Boseman; whose “Black Panther” made history at the box office, critics and the hearts of millions of people. With so many expectations, the episode is not easy.

Every episode of “What If …?” answers a question: What happens when a single event changes in history? In the second episode, the Yondu Ravagers (Michael Rooker) do not kidnap Peter Quill, but instead take T’Challa, prince of Wakanda, whose desire to explore the world is stopped by a father who knows very well. how disappointing the exterior can be.

In space, where he spends several decades, an adult T’Challa (Chadwick Boseman) is known as Star Lord, who acts as ‘Robin Hood’ alongside Yondu and the rest of his crew. They are still rogues at heart, but the presence of a highly educated Wakandan prince has made them different. They find Nebula (Karen Gillan), who proposes a mission to them: steal the Embers of Genesis, an object capable of transforming desert planets into ecosystems full of life; thus eliminating hunger in a short time.

But there is more to this coup than meets the eye. The Collector searches for T’Challa, so a plan is devised where the warrior prince allows himself to be captured. In the process, he discovers that Wakanda had not been destroyed as Yondu told him, which jeopardizes the family relationship he had built with all the Ravagers. But in the end everything is resolved and the heroes go to Wakanda for a triumphant return.

READ ALSO: “What If …!” episode 1: a good idea with mediocre development | REVIEW

Here we observe an improvement in terms of the first episode, which was beautiful in form but poor in substance. This time, underneath the plot of the robbery, is the story of T’Challa, the explorer who abandoned his family for adventures, and what he achieved in the process. T’Challa is a hero whose actions changed the destiny of the universe; thus, Thanos, is no longer a genocide and becomes an ally. Fame haunts Star Lord, he’s a larger than life guy, but he’s no stranger to the regrets of leaving home.

But, again, the theme of the voices betrays the episode. Boseman offers a brighter-than-usual T’Challa, adventurous without the burden of inheriting a nation rich in history and traditions; very different from the character we know, so much so that at times it seems that another actor is providing the voice. Boseman was limited in using only his voice to play the character, but where he cannot use his face or body language, it is the animation that would have to compensate for these gaps. That does not happen.

This makes me question whether the director took the job seriously and guided the performers to an ideal performance. This is the work of Bryan Andrews, who has a background in storyboards, but the last time he directed a series was with “The Adventures of Jackie Chan” in 2001. It is also that a good actor is not necessarily a good voice actor, or simply the animated character they gave him is not the one that can best show his talent. That is what casting directors are for. Having heavyweights behind the vocals is one way to give a product more publicity, but these two episodes have shown that they can also be a problem.

If the episode offers a good result, it is because of the script. Effective with its surprises and dialogues, although it declines if we analyze the episode as a robbery story: here it lacks edge, it is soft.

And as a farewell to Chadwick Boseman? Except for a couple of lines of dialogue, the episode does not feel like goodbye, but like one more chapter. A good one, though not a brilliant one. The kind of episode that makes you wonder what would have happened if it was developed by better hands.