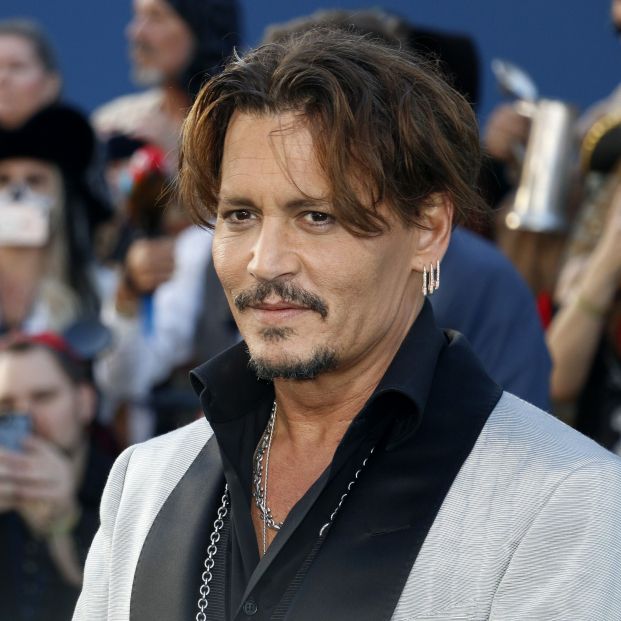 Johnny Depp (@johnnydepp), “one of the most talented and versatile actors in contemporary cinematography”, will receive a Donostia Award on September 22, Wednesday, at the Kursaal Auditorium, within the 69th edition of the San Sebastian Festival, as announced this week by the San Sebastian film contest. This decision has raised a great deal of dust and women filmmakers have criticized the award, since the actor is immersed in several judicial processes that have their origin in the accusations of mistreatment of his ex-wife.

Depp has been nominated three times for the Oscars, has won a Golden Globe and been nominated ten times, has been recognized with the best actor award and with six nominations by the Screen Actors Guild, and was the winner in the 14th edition of the People’s Choice Award.

Interpreter in more than 90 audiovisual productions, has also produced a dozen films, including the most recent, Minamata (The Minamata Photographer, 2020), by Andrew Levitas; Hugo ‘(The Invention of Hugo, 2011), directed by Martin Scorsese, o Crock of Gold: A Few Rounds With Shane MacGowan (Crock of Gold: Bebiendo con Shane MacGowan, 2020), carried out by Julien Temple, which won the Special Jury Prize at the last San Sebastian Festival. He has also directed shorts and the feature film The Brave (1997), which he also wrote and had Marlon Brando as an interpreter.

Depp made his film debut at the age of 21 as a victim of Freddy Krueger in A Nightmare on Elm Street (Pesadilla en Elm Street, 1984) and the relationship with the audience crystallized in the early 90s through their leading roles in the cult film Cry-Baby (The tear, Zabaltegi 1990), written and directed by John Waters, and his first collaboration with Tim Burton, Edward Scissorhands (Eduardo Manostijeras, 1990).

His portrayal of Captain Jack Sparrow in the saga of Pirates of the Caribbean (2003, 2006, 2007, 2011 and 2017) has also won him the admiration of the new generations. At this time he received his three Oscar nominations for Pirates of the Caribbean: The Curse of the Black Pearl, 2003), Finding Neverland, 2004) and Sweeney Todd: The Demon Barber of Fleet Street (Sweeney Todd, el barbero diabólico de Fleet Street, 2007).

For this last role he received a Golden Globe, awards in which he accumulates another nine nominations. His recognitions also include an honorary Cesar award (1999), a list to which the Donostia Award is now incorporated.

This will be Johnny Depp’s third visit to the San Sebastian Festival after his fleeting passage in 1998 with Terry Gilliam and his return in 2020 for the participation of Crock of Gold: A Few Rounds with Shane MacGowan (Crock of Gold: Bebiendo con Shane MacGowan).

Tickets for the award ceremony, which will take place before the out-of-competition screening of the Official Section film The daughter, Directed by Manuel Martín Cuenca and starring Javier Gutiérrez and Patricia López Arnaiz, They will go on sale on Monday, September 13.

The Board of Directors of the Association of Women Filmmakers of Audiovisual Media (CIMA) has regretted the decision of the management of the San Sebastián Film Festival to award the Donostia 2021 Prize to Johnny Depp.

“We consider it a mistake from an ethical point of view and we say it as filmmakers, as women and as citizens of a country that the San Sebastian Film Festival represents in numerous international forums, “said the association that brings together almost seven hundred women in the profession.

In this sense, CIMA has explained that the Donostia Award is a recognition of a lifetime dedicated to cinema and has an element of exemplary nature. “When this award is given, the whole world is told:”These are our models, people who represent the best of our profession, ‘”he added.

As the association has defended, “unfortunately, Johnny Depp is immersed in several judicial processes that have their origin in the accusations of mistreatment of his ex-wife Amber Heard. defended.

“What message does this direction of the San Sebastian Festival want to give us, which has also signed the Charter of Parity that commits it to being a festival that does not discriminate against women? That the accusations of a woman are not credible? What does it matter what you do in your private life because filmmakers are only interested in what the screen shows? That art is above good and evil? Or maybe it’s not art but the audiovisual industry and its economic interests? “

The association believes that “none of these messages has the exemplarity” that it would like from a festival of its category. “We hope that those responsible for the festival are consistent with the commitment to equality for women is not achieved with a signature but with those ethical decisions that define us day by day “, he has settled.