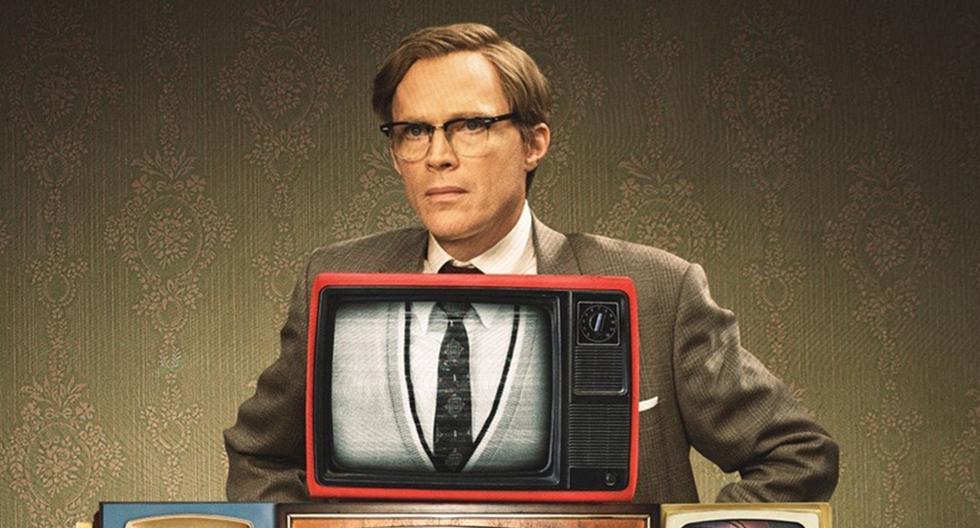 Clarification: This article was first published on January 24, 2021. It was updated following the announcement of the 2021 Emmy.

After the premiere of “WandaVision”, Paul Bettany marked a milestone in the Marvel Cinematic Universe: to be the first performer to have participated in the three decades of one of the most successful film experiments of all time. And is that the British actor participated for the first time in a Marvel movie by giving voice to JARVIS in “Iron Man” (2008). Six films later, including his first appearance as Vision in “Age of Ultron” (2015), the actor finally took the lead role in 2021 alongside his co-star. Elizabeth Olsen (Scarlet Witch) in the celebrated Disney + series.

SIGHT: “Black Widow”: what does the movie’s post-credits scene mean? All theories

FROM STREET MUSICIAN TO FILM STAR

Paul Bettany was born on May 27, 1971, the son of singer Anne Keattle and actor and dancer Thane Bettany. When the actor was 16 years old, the accidental death of his younger brother It led him into a spiral of alcohol and cocaine, after which he dropped out of school and made a living as a street musician.

In 1990, when she turned 19, Bettany enrolled at the Drama Center London while working as a caregiver in a nursing home. After participating in several stagings in her native London, Bettany made her film debut with the movie “Bent” in 1997 in a supporting role.

2001 was a particularly important year for the young Bettany’s career. That year he had his first lead role in the British drama “Gangster No. 1,” while he also had his first exposure to a Hollywood blockbuster with his role as Geoffrey Chaucer in “A Knight’s Tale.” the one who worked alongside Heath Ledger. That same year he worked with director Ron Howard on “A Beautiful Mind”, a film on the set of which he met actress Jennifer Connelly, whom he married on January 1, 2003.

In the following years Bettany continued to make a name for herself in Hollywood thanks to her participation in films such as “Master and Commander” (2003) with Russell Crowe, “Dogville” (2003) with Nicole Kidman and “The Da Vinci Code” (2006) with Tom Hanks.

He also starred in the romantic comedy “Wimbledon” opposite Kirsten Dunst, a film that, while not critically acclaimed, gave him one of his best chances of his life by putting him in contact with Jon Favreau.

“I got a call from Jon Favreau saying ‘I need the voice of a robot with no personality and I thought of you immediately’”, recordó Bettany in an interview with GQ. “I thought it was the funniest thing I ever heard and I said yes”.

Favreau, then a director with movies like “Elf” and “Zathura” on his résumé, was shooting a movie that would change cinema for the next two decades: “Iron Man” (2008), the film starring Robert Downey Jr. that kicked off the MCU nearly 13 years ago.

In the movie Bettany plays JARVIS, the artificial intelligence created by Tony Stark (Downey Jr.) to help him in his activities in and out of the superhero costume. “That was a great job because they gave me a bag full of money for doing 45 minutes of voice work”, He affirmed in the same interview.

Bettany was the voice of JARVIS for five films, a role that culminated in the film “Avengers: Age of Ultron,” where she played an even more prominent role as the android Vision.

It is interesting to know that although in the Marvel Cinematic Universe Vision he is the natural successor to JARVIS, being created from the remnants of his code, Bettany did not find out about his new role until production began on “Avengers: Age of Ultron ”.

As the actor told Insider, the role came to him after one of the lowest moments of his life, when a powerful producer had told him that his career was over.

“I walked out of the building to Hollywood and sat on the pavement with my feet in the gutter and thought ‘I f ** k / &’”He recalled. But just when everything was going black for the actor he received a call. “It was Joss Whedon and he said ‘do you want to play Vision in the next’ Avengers’ movie?”

In the role of Vision, Bettany appeared in three films before her apparent death in “Avengers: Infinity War.” His resurrection, as well as the continuation of his love story with Wanda Maximoff -the heroine Scarlet Witch played by Elizabeth Olsen- is the central theme of “WandaVision”, a series that has become the most celebrated of 2021, so much so that it will compete in 23 categories at the 2021 Emmy.

SIGHT: “WandaVision”: the soap opera romance that resulted in one of the most tragic and strange in comics

Outside of her lucrative time dressed as a superhero, Bettany has continued her film career with such films as the action films “Legion” (2010) and “Priest” (2011), the thriller “Transcendence” (2014) and the war tape. “Journey’s End” (2017). He has also appeared in the “Star Wars” universe as the villain Dryden Vos from “Solo: A Star Wars Story,” directed by his friend Ron Howard.

His latest tape is “Uncle Frank”In the eponymous role, a family drama set in the 1970s about a man in conflict over hiding his homosexual orientation from his family after having to return to his hometown after the death of his father. Also starring in the film is Sophia Lillis as Beth, Frank’s niece who becomes his confidant and Peter Macdissi as Wally, his partner of a decade.

The actor has not been spared from controversy and in 2020 he was also involved in the whirlwind that was the defamation trial that Johnny Depp brought to the UK tabloid The Sun for describing him as a “female abuser”.

During the case, which lasted for several months and ended with the victory of the media, some messages that Depp exchanged with Bettany were read in which they discussed “burning” the “witch” who was Amber Heard, then the sentimental couple of the Hollywood star. To date Bettany, who shares a friendship with Depp decades after performing together several times, has not addressed the issue publicly.

“WandaVision” is one of the most nominated series of 2021 at the Emmy. Among the nominations for “WandaVision” stands out the category of Best Limited Anthology Series or TV Movie along with “I May Destroy You”, “Mare of Easttown”, “The Queen’s Gambit” and “The Underground Railroad”.

In addition, the protagonist of “WandaVision”, Elizabeth Olsen, will participate in the category Best actress in an anthology series, limited or TV movie alongside Michaela Cole (“I May Destroy You”), Cynthia Erivo (“Genius: Aretha” ), Anya Taylor-Joy (“The Queen’s Gambit”) and Kate Winslet (“Mare of Easttown”).

Correction: In a previous version of the note we put that the Marvel Cinematic Universe is 23 years old. This is incorrect, the first MCU movie came out in May 2008, so this cinematic universe is almost 13 years old. 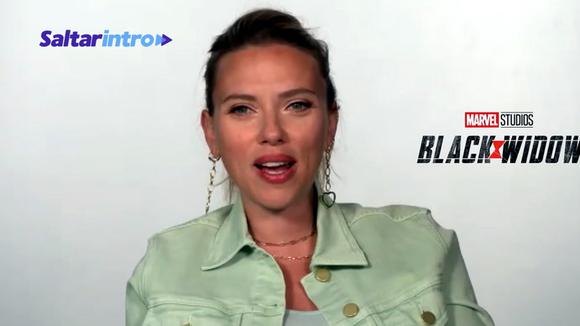