Awaken the Fury (Wrath of Man) is an action film directed by Guy ritchie. It is starring Jason statham.

Well, we return to where the fame of Guy Ritchie began and with this fetish actor. Time has passed since those movies, but the spirit is still there.

Storyline from Awaken the Fury

H. goes to work in a dangerous goods delivery service, but H. is more than just a security guard and hides a dark and dangerous past.

If anyone doubted that Guy Ritchie was action, think twice, and if anyone continues to question that Jason Statham is the successor to Bruce Willis and that he makes very entertaining films, go to the psychologist. Despierta la Furia is an entertaining film to the point of saying enough, well directed, edited, with an excellent production: Blockbuster cinema, yes, but of quality, of tough guys … American cinema has its paradigm in action cinema, a direct heir to the western , and this movie proves it once again.

They may not be `for everyone, that critics despise them, that they do not have elaborate characters and that reflect social reality … all that is worth to us, but they are entertaining films of those that create movie fans by the thousands and that, given the times that run for the world of cinema, we have to celebrate them because here it is necessary for people to become fond of interesting, highly entertaining films: an action t6hriuller with rhythm, media and a Hollywood montage of those great.

We love Guy Ritchie and we like Jason Statham. It will not be the new Daniel Day Lewis but his tough guy role (okay, that’s why it’s not convenient to move him a lot) gives us movie after movie a familiar, repetitive (true), but devilishly entertaining tone.

In addition, the film leaves us surprises: it starts out hesitantly, it improves and, when we believe we are entering the realm of the “totally familiar”, it surprises us and turns us around.

Without being the best of Ritchie, without having the humor of other collaborations of these two icons of the thriller, it stands up, is dark, interesting and has all the elements of a remarkable thriller.

It also has interesting twists in history and, within its genre, it will acquire its own personality and style.

A little candy for lovers of the most classic action: tough guy “handing out cookies” !.

Like it or not, there are movies for all tastes, and this one will delight fans of action movies. 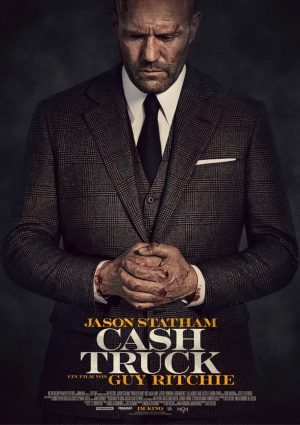 Argument: H. goes to work in a dangerous goods delivery service, but H. is more than just a security guard and hides a dark and dangerous past.

Like it or not, there are movies for all tastes, and this one will delight fans of action movies.