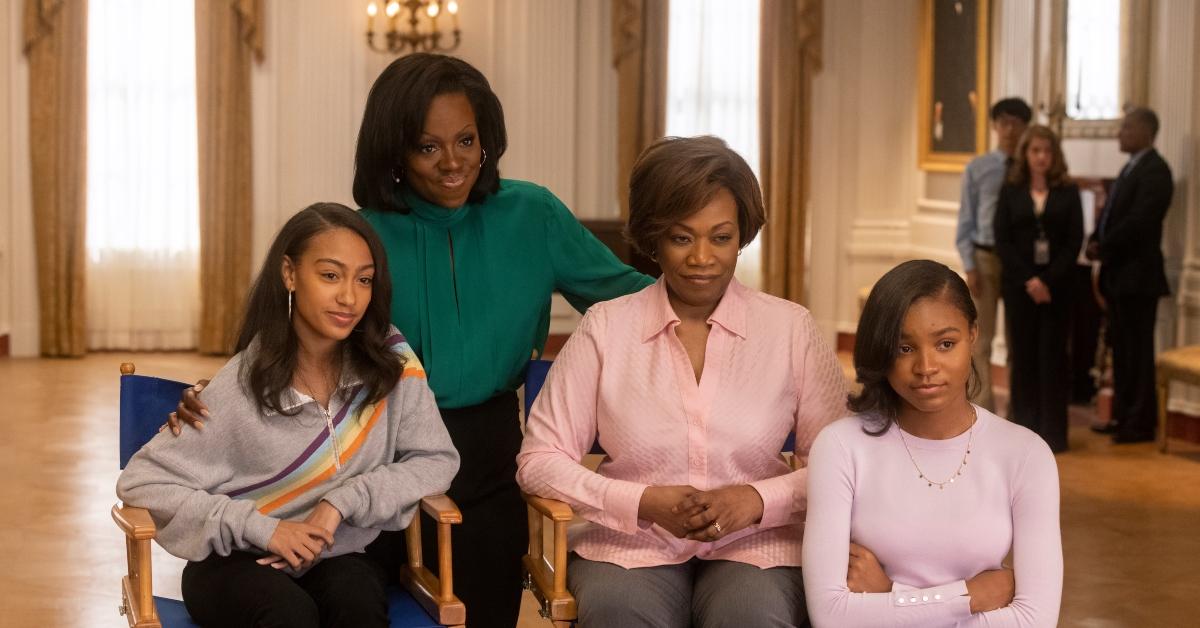 A wise woman once sang: “Who rules the world? Girls!” And although it is still a work in progress, there are many women who have paved the way. We are not just talking about ladies, we are referring to First Ladies. Showtime is ushering in the stories of the women who stood alongside some of the world’s most powerful men, women who quietly supported, encouraged and counseled these men.

According to Showtime, The First Lady is “a revealing recast of American leadership, told through the lens of the women at the heart of the White House.” It’s about time we looked at how these women made their own contributions. Speaking of which, who can we expect to see in The First Lady? The program already has our vote! Scroll to see their transformations.

Oscar, Emmy and Tony Award winner Viola Davis not only stars in the series, but also serves as its executive producer. Viola will play Michelle Obama, who accomplished so much in her life before she even became First Lady (hello, Princeton and Harvard), that a series of her own could hardly do her life justice. Michelle advocated for healthy families, higher education, and education for international teenage girls. She made us move and take care of ourselves.

Playing Barack Obama had to be stressful, but OT Fagbenle (The Handmaid’s Tale) is probably used to some stress. It will be a real treat to see the Obamas’ relationship unfold in fictional form. And maybe we can even get a taste of Barack putting together his annual Spotify playlist.

Michelle Pfeiffer (French Exit) is the perfect Betty Ford. Many will immediately connect her name with the Betty Ford Clinic, the substance abuse and addiction rehabilitation center she founded. Beyond that, Betty was a feminist who supported abortion rights, equal pay, and gun control. We wish Betty was president, but we’ll take what we’ve got.

We have to assume that the driving force behind Aaron Eckhart’s portrayal of Gerald Ford will be a simple action: Ford pardoned Richard Nixon. Although it is extremely important to note that in 1976, then-President Gerald Ford officially recognized February as Black History Month.

No one but Gillian Anderson (The Crown) can fill the mighty shoes of Eleanor Roosevelt. She was incredibly outspoken about civil rights, both for blacks and Asian Americans after World War II. Eleanor was the first presidential associate to write daily newspaper and magazine columns, host a weekly radio show, speak at a national party convention, and hold regular news conferences. She also publicly disagreed with her husband, which we love to see.

We have two words for good old FDR: New Deal. When the Great Depression economically destroyed most of the United States, FDR implemented a series of public works programs and social projects that provided support to those in need. He focused on relief, recovery, and reform, and pulled the country out of the gaping hole it was in. Speaking of deals, Kiefer Sutherland (24) as FDR is as good as it gets.

The rest of the cast is made up of people who made their mark on these incredible women in one way or another. Dakota Fanning (The Angel of Darkness) plays Susan, the only daughter of Betty Ford; Regina Taylor (I’ll Fly Away) is Michelle Obama’s mother, Marian Robinson; Jayme Lawson (The Batman) plays a young Michelle Obama; Lexi Underwood takes on the role of eldest daughter Malia Obama; Saniyya Sidney plays the youngest daughter Sasha Obama; and Lily Rabe (American Horror Story) will play Lorena “Hick” Hickock, the first female reporter in the United States and a good friend of Eleanor Roosevelt.

Viola Davis transforms into Michelle Obama in ‘The First Lady’: See who else is in the cast

Black Adam: Henry Cavill's Superman could appear alongside The Rock in the next DC
Reese Witherspoon spent years 'trying to feel better' after divorcing the father of her 2 children
Angelina Jolie: this "crazy" story of blood vials that followed her all her life - Gala