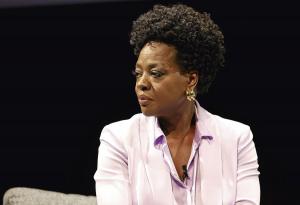 African-American director Gina Prince-Bythewood signs a historical epic to the glory of the Agojie, women warriors who protected the kingdom of Dahomey in West Africa in the 19th century.

For more than 20 years, she has fought to impose on the screen outstanding characters of women from the African-American community. In 2000, Love & Basketball, his first feature film, is produced by Spike Lee and generates a small cult across the Atlantic. Since then, she has been running Queen Latifah and Alicia Keys in The Secret Life of Bees (2008), Gugu Mbatha Raw in Beyond the Lights (2014) as well as KiKi Layne in The Old Guard next to Charlize Theron… Californian director originally trained in television, Gina Prince Bythewood today lays claim to epic productions like The Last of the Mohicans, Braveheart or Gladiator for The Woman Kinghis new feature filma very classic learning story against a backdrop of spectacular armed struggle.

Centered around General Nanisca (Viola Davis – read his portrait in the box below), which trains young recruits to prepare them to face an enemy determined to destroy their way of life, the film retraces the unknown history of the Agojie, a unit of 19th century Amazon warriors who worked to defend the kingdom of Dahomey (now Benin). Born from an idea in 2015 by actress Maria Bello (the series Emergency room, A History of Violence by David Cronenberg), The Woman King took seven years to materializeHollywood studios and producers having initially shown themselves to be particularly reluctant to finance a large production with a predominantly black and female cast…

A rightfully celebrated all-terrain actress on the international scene, Viola Davis fought to bring The Woman King to life.

Incredibly complete actress, who has distinguished herself as well in cinema as in theater and on television, Viola Davis is the first African-American actress in history to have won an Oscar, a Golden Globe, a Tony and an Emmy Award. Long as an arm, her filmography speaks for itself: far from heaven by Todd Haynes Solaris by Steven Soderbergh The Help by Tate Taylor, Fences by Denzel Washington Widows of Steve McQueen… Her success was however not obvious: born in the mid-1960s on her grandmother’s farm, a former plantation in South Carolina where slaves had been exploited, she grew up in ofa very poor family before cutting his way through the forceps in university and then audiovisual circles.

It was in September 2015 that actress Maria Bello, alongside whom she appeared in the prisoners by Denis Villeneuve, pitches the idea of The Woman King to Viola Davis. It will therefore have taken seven long years for the project, which they both produce today in part, to finally materialize. Davis bravely plays the main role, that of General Nanisca, charismatic leader of the Agojie, female warriors whom she tirelessly trains in order to protect the kingdom of Dahomey. When we reach her via Zoom one afternoon in September, she insists on the demanding and physical aspect of this role and the shooting of the film, specifying that “training hard every day as preparation helped her spiritually understand who the Agojie really were”. And to add in the process: “My responsibility as an actress is to portray a character in the most honest and generous way possible. Above all, I tried to make Nanisca deeply human. Because if all of her responsibilities are ignored, at the end of the day, she’s just a woman trying to survive.”

When she talks about the patience and determination it took to convince various American production companies to invest in The Woman Kingshe says: “I knew, of course, that a film with a cast entirely dominated by black women was going to terrify Hollywood. But I also knew that it was important to go after this fight. Our lives as black women have been paved with obstacles since our birth. And I think that today it is our responsibility to make the path a little less difficult for those who will follow us. Toni Morrison used to say that once you’re free or you’ve freed yourself, your job is to help someone else free themselves. I believe in that a lot. If you just subscribe to the dominant narrative, you help legitimize it. The history of the Agojie and the Kingdom of Dahomey may seem surprising today, but if you dig a little deeper, you will find that it is not a one-of-a-kind story. Other examples of matriarchal functioning of this type have existed in History, particularly in Africa. And I am convinced that talking about it can help to awaken minds and raise awareness.”

What drew you to this project?

When the screenplay arrived in my hands, Viola Davis was already attached to the project. So I was very excited to read it. I knew absolutely nothing about this film except that it was centered around female warriors, which seemed quite unusual to me. Very quickly, I felt deeply connected to this story. I had the feeling of knowing these women and the intuition that through them I was going to be able to tell a story that had never been told before. I liked the idea that the whole story backdrop was historically authentic. You should know that I really love historical epics. I love being immersed in a world and a culture that I am unfamiliar with. Braveheart is for me the model of the genre. It’s definitely one of my favorite movies in the world. As Gladiator. I felt like an honor and a real privilege to have the opportunity to tell a story like this, focusing on characters of black women who really existed.

You had never heard of Dahomey before reading this script?

I had absolutely never heard of this kingdom. The only knowledge I had about these women was reading an article at the time the movie was released. Black Panther who said that the Dora Milaje, this elite group of warriors who serve as special forces for the fictional African nation of Wakanda in the film, were inspired by women who had really existed in West Africa in the past. But apart from that, it must be said that in the United States we are not taught much other than the history of slavery… As an African-American, I find it terribly detrimental that our history is not taught to us correctly. So I undertook a certain amount of research myself. And I am delighted that today, through this film, millions of people are discovering the existence of a whole hidden part of their History.

Viola Davis likes to declare that by reading the screenplay of The Woman King, she felt that her whole condition as a black woman was in a sense summed up at the heart of this story. Would you say the same?

Yes, absolutely. It’s quite an amazing thing to finally be able to fully recognize yourself in a story. And more than that: to be able to contemplate oneself as the heroine of a story. As a black woman, I can tell you that it’s not something you often get to experience, in movies or on television. However, it is really something essential and inspiring to be able to project oneself into a positive and powerful character. I also think it’s very important that the world can see us in that light as well. The image, in fact, and the representation can contribute to changing people’s overall perception of things.

Do you think that cinema today has a real role to play in terms of inspiring younger generations?

Completely. You know, I’m the mother of two little boys. I remember going to the cinema to see Black Panther with them, and I can tell you that the way they left the room, with their chests swelling with pride, was priceless. It was really amazing to see them feel what they felt watching this movie. Not only were they fans of the Black Panther character, but they were also fans of Killmonger, his nemesis. They seemed so inspired by these two heroes… What more can I say except I want the same today for young black girls.

For more than 20 years now, you have placed minorities at the heart of your cinema, with strong characters from the African-American community. In this respect, have you noticed a real paradigm shift within the film industry in recent years?

I observe a gradual change, it is a fact. There is more diversity today, both in front of and behind the camera. Just look at some of the major releases of the current movie year: Boop of Jordan Peele this summer, The Woman King today, the continuation of Black Panther by Ryan Coogler who is coming in the next few weeks or even till by Chinonye Chukwu, who will tell the true story of a teenager lynched in the segregationist South of the 1950s for having flirted with a white woman… So yes, this diversity exists today. But here I can only mention four films in the middle of several hundred releases. Let’s just say there’s still a lot of work to do (smile).

Would you say that your cinema is above all political?

It’s very important to me to keep making feature films that are fun to watch, that give audiences a good time. But let’s say that it is particularly close to my heart that my films also convey an important message. And these two aspects are absolutely not contradictory. With my husband (Reggie Rock Bythewood, director and producer who notably signed the screenplay for the biopic NotoriousEditor’s note), our mantra is really to make cinema that is both entertaining and political, that appeals in a very spontaneous way while helping to change mentalities.

The Woman King is a film full of action scenes that tend towards a certain realism. How did you approach these sequences?

This is basically a real war movie. So I absolutely wanted to film in a raw and authentic way, so that people really believe in it. And for that, I particularly needed actresses capable of performing their own stunts and their own fight scenes. I didn’t want to have to quibble in editing or in post-production to hide the fact that there were stunt doubles on screen. It was really about immersing viewers in the very heart of the action, with nothing to help pull them out. In my opinion, a good action scene relies above all on a good story and well-constructed characters, but also on convincing performances. It was also a way for me to celebrate the physical and athletic abilities of these women. These 19th century warriors were incredibly strong, fast and tough. They were also smart enough to use their femininity as an advantage in fights: their morphology, their nails, their resistance to pain… I wanted to show that femininity is not a weakness.

Viola Davis is The Woman King