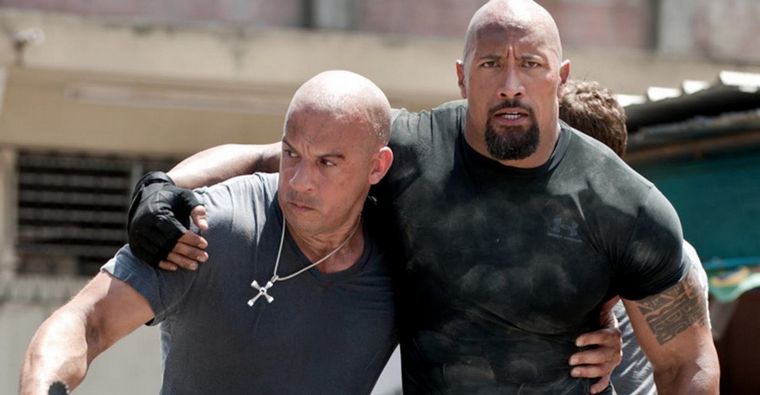 Vin Diesel put the differences with Dwayne “The Rock” Johnson aside on Monday and publicly asked him to return to the Fast and Furious saga to act in the tenth film, which will hit theaters in April 2023.

The actors have a very bad relationship due to fights that started in 2016 during the filming of one of the films. The bond was so complicated that even at the end they recorded scenes without crossing and “The Rock” ended up giving up his role as police officer Hobbs.

However, Diesel, who plays Toretto, was encouraged to say “my little brother Dwayne” along with a letter he published.

And he asked: “I told you years ago that I was going to keep my promise to Paul. I swore that we would reach out and manifest the best ending for Fast and Furious, which is 10! I say it for love … but you must introduce yourself, do not leave the franchise inactive, you have a very important role to play “.

In that sense, he stressed that Hobbs’ character “cannot be played by anyone else.” “I hope you rise to the occasion and fulfill your destiny“Diesel closed.

After his resignation, from the production they clarified that Johnson would continue only in the spin-offs linked to “Hobbs and Shaw”, along with Jason Statham. However, now we have to wait and see what “The Rock” decides after Diesel’s request.

In a recent interview, Diesel pointed out that the conflict originated when he, as the producer of the series, acted with “firm hand“during the filming of the eighth installment of the saga, to bring out the best in Johnson.

Johnson, meanwhile, said sarcastically that he laughed a lot at his former co-star’s statements.

A short time later, “La Roca” delved into the origin of the differences: “I would call it a meeting of clarity. We had a very good conversation in my dressing room, where I realized that we are from two different spectra, so we agreed to leave everything there, “he said.

The saga of Fast and Furious will end with the last two installments, 10 and 11. Justin Lin will be the director again and Chris Morgan will return as a screenwriter after his absence in 9.

The cast is expected to include actors from the saga such as Sung Kang, Chris ‘Ludacris’ Bridges, Jordana Brewster, Tyrese Gibson, Nathalie Emmanuel and Michelle Rodríguez.

The post-credits scene from the last movie also suggests that Jason Statham’s character Deckard Shaw will play a huge role in the ending.