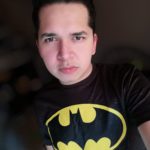 Buying a new house is the dream of any family. Plans, illusions and happiness flood every corner. But what happens when a mysterious individual knows everything that happens inside the home? That is the compelling premise of Vigilantnew Netflix miniseries created by Ryan Murphy that promises to leave the public terrified. Here we present the first look and everything you need to know about the project.

Dean and Nora Brannock have just purchased their dream home in the idyllic suburb of Westfield, New Jersey. After spending all their savings to sign the contract, the couple discovers that moving there may not have been the best idea. There is an older woman named Pearl who sneaks into the Brannocks’ house and hides in it.

There is also Karen, the real estate agent who is also a friend of Nora. However, she makes them feel like they don’t belong there. Their other neighbors, Mitch and Mo don’t understand what privacy means. And as if something were missing, his life becomes hell when letters begin to arrive from someone who calls himself “El Vigilante”. This being terrifies the Brannocks and is responsible for causing chaos in the neighborhood. Based on the true story of the “Watchman’s House” in New Jersey.

A series with such an intriguing storyline deserved the best possible actors. and wow what The Watcher complies in that sense. Naomi Watts and Bobby Cannavale bring to life the marriage that will be tormented in their new home. The rest of the neighborhood is made up of Mia Farrow, Margo Martindale, Jennifer Coolidge, Terry Knney, Joe Mantelo and Richard Kind.

Ryan Murphy and Ian Brennan are the writers in charge of the series. Together they already have an extensive history on Netflix, which includes titles such as The Politicians, Hollywood Y Monsterwhich portrays the life of serial killer Jeffrey Dahmer.

The true story of Vigilant

Although it seems taken from fantasy, the story of Vigilant it happened in real life. A family bought a house on Boulevard Street. However, after a short time he ran away from there. Little by little letters began to arrive to the new visitors, warning them that they were being watched.

The situation was revealed by The Cut a few years ago when the Broaddus They were doing renovations on their new home and discovered threatening texts in their mailbox. The author of the letters (who called himself “The vigilant”) questioned how the Broaddus had obtained the property and what their intentions were. The family in question contacted the former owners of the house, who confessed to having lived through the same hell.

The harassment continued for several days, “El vigilante” seemed to observe them at all times, as his letters included details of the behavior of the Broaddus. The harassment was such that the family moved for their own peace of mind.

“The house despises you. And the vigilante won.”, was read in the content of the last letter. Despite the years, the identity of the stalker remains unknown.

When it premieres Vigilant on Netflix?

John Joseph Cruz I am one of those who always defended Robert Pattinson as Batman and can see the same movie in the cinema up to 7 times. My guilty pleasure? Low budget horror movies.

Vigilante – Trailer, premiere and everything about the series with Naomi Watts