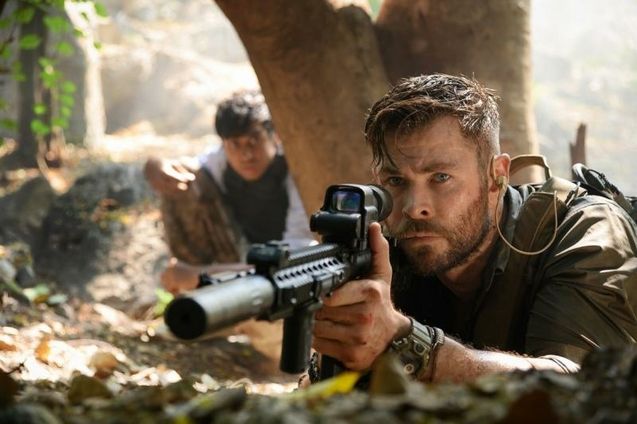 After having died in Bangladesh, Chris Hemsworth returns to Tyler Rake 2. Netflix unveiled the hero’s new adventure in an explosive trailer.

The first Tyler Rake was released on the platform in 2020. The opportunity for Netflix to arm itself with a large caliber to bring together aficionados of action films as naughty as they are technically demanding. And indeed, it did not miss. Despite a heavy script, the promise of well-packaged entertainment – ​​confirmed by the film’s flagship sequence – took over in Tyler Rakethis action movie that Thor hard.

On the strength of this first experience, director Sam Hargrave could not decently abandon his baby on such a good path. And this is how Netflix teased a return to 2021 by launching the hashtag #RakeLives. And today Netflix’s global event Tudum brings the hero of the first movie back to life with this trailer which shows us behind the scenes of the shooting of this second film.

On the program: fighting. More seriously, this trailer which shows us the underside of the feature film allows us to glimpse what will be offered to us. It would seem that after exploring the hot and suffocating climate of the lowlands of Bangladesh, our mercenary is attacking snowy scenery this time. A forest, a country road or even an urban setting as dull as it is cold.

This trailer is above all an opportunity for the actor who plays our hero to tell us more about his brand new experience. Back in a physical role, Chris Hemsworth said he embarked on the project even though it seemed impossible to do better. The director takes the floor in turn between two takes to tell us thatthey come back even stronger with this sequel. Together, they also explained why a second opus must be even more generous than the original.

Will this next film hit the bullseye?

And since the two friends are not fans of empty words, they tell us frankly: they will go even further than the sequence shot of the first film. The next sequence shot will be even crazier, even more complex. Also, they’ll land a helicopter on a moving train, if that’s not a big show.

With brutal choreography noticeable just in this promotional making-of, we can’t wait to see where the camera will be placed to best capture each puff. There is no doubt that entertainment will be in order for this part placed under the sign of more: more action, more explosions, more abused extras. It remains to be seen whether the scenario will follow or if they will totally assume having nothing to say. For the knowledge, Netflix gives us an appointment in 2023 (yes it’s quite vague, but we don’t have more precise).