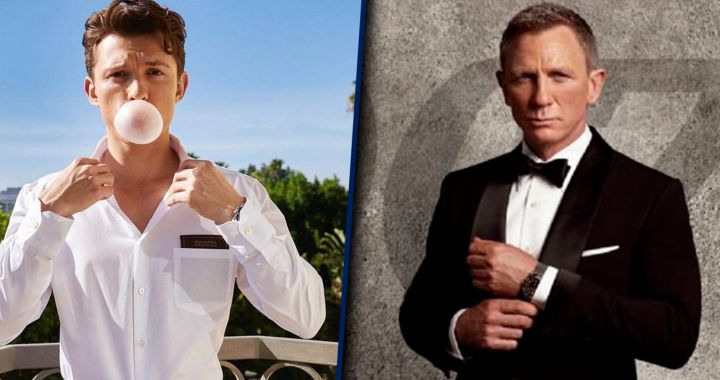 Since Daniel Craig announced his latest film as James Bond, the role of agent 007 is vacant, and some actors have raised their hands to get into character, however everyone was taken by surprise by the news that Tom Holland be more than interested in taking the position.

Holland has become one of the most recognized and sought-after stars in the world after participating as Spider-Man, and according to his co-star in the movie, Jacob Batalon, the actor talks a lot about being next James Bond.

WE RECOMMEND YOU: Dwayne ‘The Rock’ Johnson reveals he wants to be the next James Bond

It was during a recent article for GQ magazine that Ned’s actor made a hint that Holland’s ambitions go beyond Spider-Man, and that he already has his eye on another great franchise: “He talks a lot about being James Bond. A lot, a lot”Batalon said.

The reveal comes alongside the news that Tom confirmed that Spider-Man: No Way Home it will be “the end of a franchise”: “I think if we were lucky enough to re-immerse ourselves in these characters, you would see a very different version. It would no longer be the Homecoming trilogy.”. dijo a Entertainment Weekly.

“This is the first time since I was hired for the role of Spiderman that I have no contract. It is really difficult for me to talk about it, because there are many things that I would love to talk about that would help me beautify what I am dealing with. to explain. But I can’t because it would ruin the movie. “.

The decision on who will play the next 007 will not be made until 2022, according to the producer Barbara Broccoli, this to give Daniel his moment of celebration and since Holland no longer has a contract with Marvel, this opens up the opportunity for other large-scale projects.

YOU COULD BE INTERESTED: Daniel Craig says goodbye to James Bond with an emotional message

No Way Home It is not the only great movie that Holland He has ahead, since next year the adaptation of the video game will be released Uncharted. In the film, Holland will play the adventurer and treasure hunter. Nathan Drake with his co-star Mark Wahlberg,