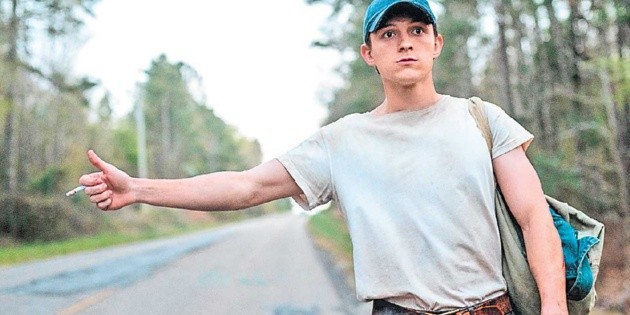 No one, who has seen “The Impossible” (The Impossible, 2012), can forget Lucas, a thin and brave boy, a survivor of the disastrous tsunami that hit Thailand in 2004, a country where his family had gone to spend the weekend holidays. anus.

Tom Holland, who gave life to the older of the two children of Mary (Naomi Watts) and Henry (Ewan McGregor) stands out in his role, taking care of his mother and his younger brother, Thomas (Samuel Joslin), while his father treats to reunite the family. Since then, Holland remained in the memory of many and in the eyes of Hollywood directors and producers until he was chosen as one of Marvel’s most beloved and famous superheroes: Spider-Man.

But before reaching fame, in his childhood, Holland was a victim of bullying at his school. The reason: to be a ballet dancer. “Since I did ballet, people thought I was gay. So what if I am? I’m not gay, but what does it matter. For me, doing ballet was an opportunity to spend two hours a day in a studio with 30 girls in tights.” he told El País in 2019, during the promotion of the film “Spider-Man: far from home”, the seventh film in the saga and the second -until then- with his name on the poster.

For half his life this promising actor has not been a “normal boy”. Surely, it is too late, because with 25 years of age on July 1 it will never be again and it is that for five years, Tom has been the last Spider-Man, a franchise that has raised more than 4.8 billion dollars worldwide and that with this “Spider-Man: No Way Home” will add more millions because the premiere has caused such a stir among fans of the superhero, because many expect to see a “Spider-Verce” with Holland, Tobey Maguire and Andrew Garfield. So we will have to wait until this Wednesday the 15th, when it opens in our country and worldwide on Friday the 17th, this film that, probably, will not be the last to personify this actor born in London and that will follow “Spider-Man: Homecoming “(2017) and” Spider-Man: Far from Home “(2019), since according to Sony executive producer Amy Pascal, she made it clear that there will be much more about Peter Parker, specifically three films that will be released in the next few years .

Will the suit hang up?

Holland had already stated that his intention was not to stay in that role until he was 30 years old, but now he will have to think very hard. Although Pascal affirmed with certainty the permanence of the star, he later clarified that there is no contract signed for the future character as part of the Marvel Cinematic Universe (MCU), in fact, this announcement took Hollland himself by surprise, who was on a promotional tour with Zendaya, actress who plays MJ and with whom he would be romantically involved from this year.

“I love this character more than anything. This character has changed my life. I have a wonderful relationship with my fans. I couldn’t ask for it to be better. But I want to do the best for the character,” he said before assuring that: “If it’s time for me to retire and the next person does, I’ll do it with pride. You know, I would love to see a more diverse Spider-Man universe, it would be really exciting.” “If I could be a part of that, if I could be the Iron Man of the next young Spider-Man or Spider-Woman, that would be great. But for the moment, all I have to think about is the character and what which is better for Peter Parker. “

Without taking the wrong step

Tom Holland seems to be hell-bent on avoiding being pigeonholed by the world in Spider-Man’s tight-fitting suit as he will soon be trading it for a pair of tap shoes when he plays Fred Astaire in an upcoming biopic.

It was producer Amy Pascal herself who recently said that she wanted Holland to play the late dancer and actor, but so far Holland had not made any comment.

It is known that Holland has not emphasized his dance side on the big screen, but it was not for nothing that he played the lead role of the young dancer in “Billy Elliott: The Musical” from 2008 to 2010.

Although Holland claimed not to have read the script yet, he was enthusiastic about this turn that he will once again give to his career. “Amy Pascal has the script. She FaceTime me earlier. I was in the bathroom and we had a lovely FaceTime.”

Before, he has added to his career roles with a lot of personality that showcase acting talent in films such as “How I Live Now”, “Locke”, “In the Heart of the Sea”, and has lent his voice in characters such as ” Secret World of Arrietty “.

His foray into streaming

In 2020, Netflix included in its catalog its original film “The Devil All the Time” (The Devil All the Time), which quickly reached the first place of the most watched, due to the interest generated before its premiere by the participation of a large cast (Chris Evans, Robert Pattinson) starring in the story adapted from the book by Donald Ray Pollock and which meant Holland’s greatest acting challenge because his role as Arvin Russell, marked his acting maturity as the artist (recognized by characters away from violence) ” What drew me to this role was that I could push myself like never before, “Holland shared for Netflix.

By 2021 Holland and Apple TV +, who collaborated on the film “Cherry” (2021), rejoined their paths by becoming the protagonist of “The Crowded Room”, a new anthology series, a term that in the television industry It is used for small screen productions in which each season features a different plot and characters.

Holland will play Billy Milligan, a criminal who suffered from dissociative identity disorder and became the first person in the United States to be found innocent of a crime for suffering from this disease.

With ten episodes in all, the first season of “The Crowded Room” will be based on the biography “The Minds of Billy Milligan” (1981) written by Daniel Keyes.

This will be Holland and Apple TV + ‘s second joint work after “Cherry”, a film that was released in March and in which the young actor shaped a drama about post-traumatic disorder and drug addiction. “It was without a doubt the most difficult role I have ever played,” Holland admitted in an EFE note.

Holland also released “Chaos Walking,” a sci-fi film he co-starred with Daisy Ridley in March, which had a huge budget of about $ 100 million and hit theaters with just $ 21 million in gross.

We have been doing journalism for 106 years. And now, as in other periods in the history of El Salvador, journalism is essential for public opinion to be strengthened.

Tom Holland, from survivor to superhero