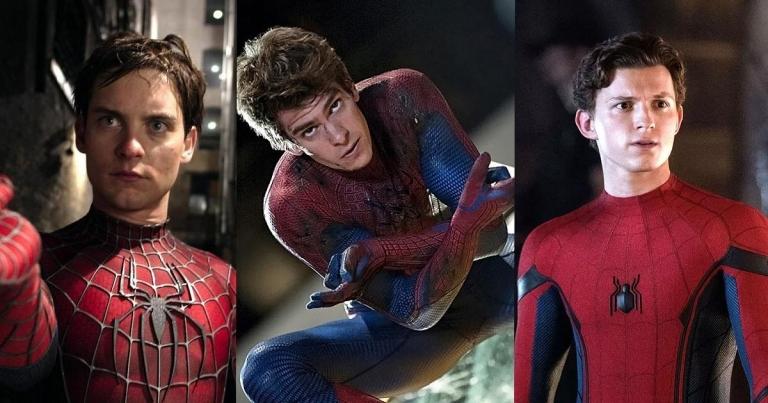 Exclusive leaks unveiled about Spider-Man : No Way Home confirmed the presence of Charlie Cox, Tobey Maguire and Andrew Garfield alongside Tom Holland. Although Marvel Studios and Sony Pictures have not confirmed the veracity of these images, it is becoming increasingly difficult for the production to hide their involvement and this despite the efforts of the film’s lead actor. Tom Holland, who returned during an interview with Total Film on the comeback of the two previous actors having slipped before him in the costume of the spider-man.

During the interview, the British actor really insisted on the question, answering forcefully: “People don’t believe me when I say Maguire and Garfield aren’t coming back. But people are going to have to believe me at some point. “ Maybe the outcome of the film will prove us wrong. Nevertheless, despite his efforts, fans of the superhero will indeed find it difficult to believe Tom Holland, who however did not deny the presence of Charlie Cox in the film. Moreover, he is not the only one to have refuted the reunion of the three spider-men in the feature film, Andrew Garfield having on numerous occasions admitted not having participated in the feature film and this despite several clues having teased his presence. Tobey Maguire for his part remained completely silent.

The interview with Total Film was also the opportunity for the interpreter of Peter Parker in the MCU to review his experience of filming alongside Alfred Molina or Jamie Foxx, Tom Holland having confided: “It means a lot to me. The first time you see Doctor Octopus and the rest of the returning characters, it’s so exciting – and it’s such a huge moment in movie history. It’s three generations that come together. join. ” The comedian subsequently continued : “It was interesting to see these guys come back because they have some ownership over Spider-Man in their own way. I’m talking about Alfred and Jamie. Seeing Alfred coming in, and having to adjust to the way the movies are done, but also change directors, and realize that I’m now Spider-Man. It was really interesting to see these actors change what they were doing to fit into the modern age. ” We can’t wait to find all these Sinister Six in the film although they will give our hero a hard time. See you on December 15, 2021 in French cinemas.

Tom Holland denies the return of Andrew Garfield and Tobey Maguire in Spider-Man: No Way Home