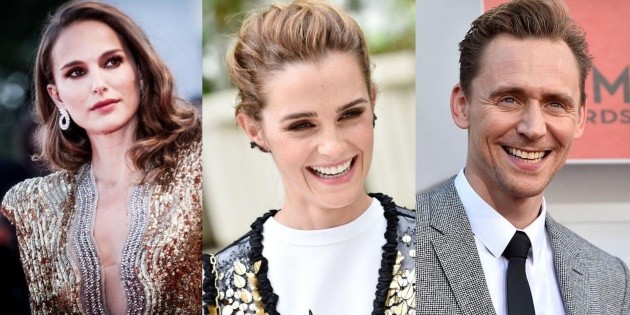 We all have a favorite actor or actress, who we chose because of their great performance in front of the cameras, but they might not have had as much recognition if they chose another path that they also took at one point. Many celebrities that we stand out today from the world of Hollywood live great for their incredible roles in various projects, but some of them have different professions and here we tell you who they are.

The interpreter of Loki, one of the best villains in the Marvel Cinematic Universe, has a university degree. He is a graduate of the University of Cambridge, with a degree in classical studies, that is, focused on the civilizations of Antiquity.

Also a member of the MCU and winner of the Oscar for The Black Swan. Portman graduated with honors from Harvard University with a BA in Psychology. One of her Neuropsychology professors hired her as a research assistant, but then she went for acting.

For many, she will always be Phoebe from Friends, and we will see her again these days when she is part of the HBO Max Special. Inspired by her father, who is a doctor, she studied biology and is licensed upon graduation from Vassar College in New York.

Lagertha, from Vikings, is one of the most recognized actresses of today. However, he brought his own to the screen after having excelled in martial arts from 7 years. At 13 he was already a black belt and even at 21 he already had his own school, where he taught.

The legendary Mr. Bean, one of the most popular British characters in television history, also has an important title. Atkinson has a degree in Electrical Engineering from Newcastle University, supplemented by a Master’s degree from Queen’s College, Oxford..

Actor of unforgettable figures, both in film and on television, such as his remembered Michael Scott in The Office. Far from his role as a comedian, majored in History at Denison University.

From his childhood he gained world fame for his participation in the adaptations of Harry Potter, where he played Hermione Granger. While filming the movies he also devoted himself to studying and received his degree in English literature from Brown University.

The new face of the Harry Potter Fantastic Beasts franchise, and Oscar winner for his role as Stephen Hawking in The Theory of Everything, has a similarity to the scientist. He also graduated from Cambridge University, but the actor did so by studying Art History.