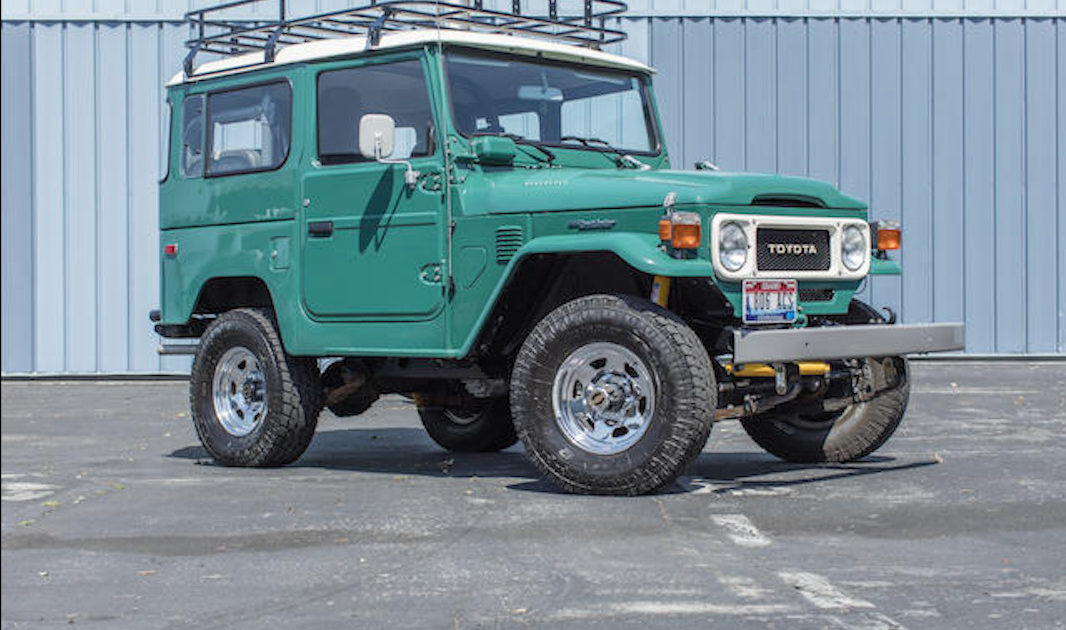 It seems that Tom Hanks he is doing a clean in his garage and has put some interesting vehicles up for auction.

First was his Airstream and now it’s his Land Cruiser the one that will pass under the mallet, the same fate that their Tesla Model S P85D and a Ford F450 Super Duty Lariat.

TOM HANKS CUSTOM AIRSTREAM COULD BE YOUR NEXT MOTOR HOME

Any of these vehicles are by themselves very attractive models, but if we add that they have been used and are autographed by the Oscar-winning actor, then they become true objects of desire for collectors and fans.

As specified by the auction house Bonhams, the protagonist of “Forrest Gump” specially commissioned this FJ40 which performs great both in the wild and on the road.

The custom Cruiser sports a rustic green exterior with a white roof and has been cheated to the nth degree. The model’s in-line six-cylinder signature has been swapped for a General Motors L35 4.3-liter Vortec Vortec V-6 that can generate 180 hp. The engine is mated to a 5-speed manual transmission which is also courtesy of GM. This new configuration meets California pollution requirements, so the car can be legally driven throughout the Golden State.

For true go-anywhere ability, the original ride height has been bolstered with Emu shocks and Warn bushings. The one-off has also been fitted with a set of chrome wheels and chunky Toyo Open Country 31 x 10.50 R 15LT tires that promise to dominate any terrain. For added comfort, the four-wheel drive also includes brakes and power steering.

Doors inside, a pair of Porsche power high-back seats have been added, although the originals are also included with the sale if you wish to recondition. There are also modern conveniences such as air conditioning and a Sony stereo with additional speakers in the rear.

However, perhaps the most valuable thing for many is that the vehicle has been signed by Tom Hanks himself, as a seal of authenticity.

The vehicle will be offered without reservation at the Bonhams Quail Lodge auction on August 13, where it is expected to fetch between $ 75,000 and $ 125,000.