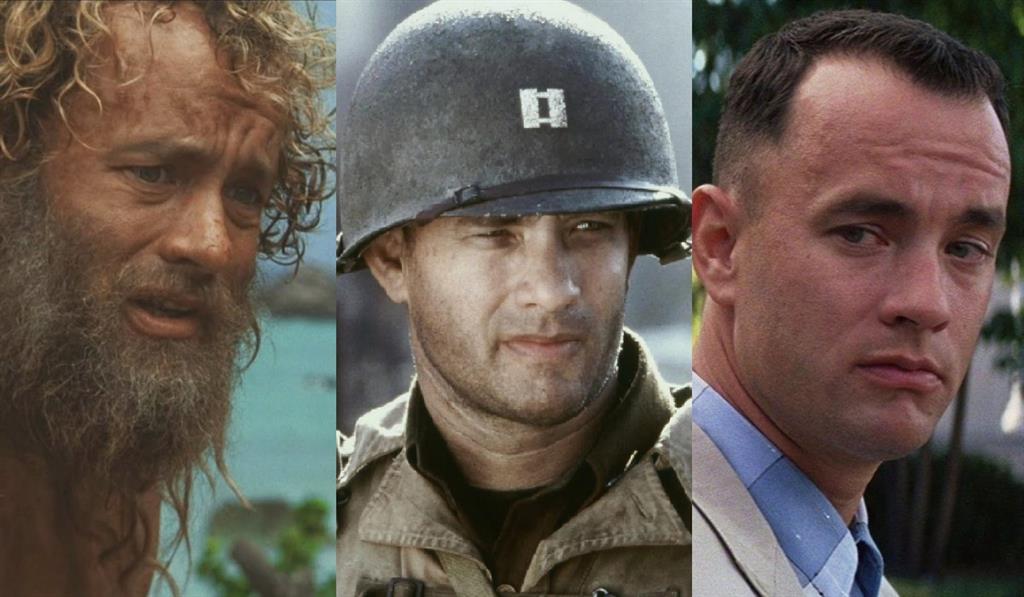 The multioscarizado Tom Hanks, one of the brightest stars in the Hollywood world was born on this day, on July 9, 1956 in the city of Concord, California. But despite being born a few kilometers from the Mecca of Cinema, It was in New York, where he started his artistic career after, in 1979, his family moved to the Big Apple. And since then, after making his secondary debut in the horror movie Know that you are alone in 1981, Hanks has dedicated his life to leaving for posterity some of the most iconic characters of the seventh art.

The award-winning actor, writer, producer and director performs with equal ease in both comedy and drama, something he has demonstrated in spades throughout his career. Hanks has seen his work honored at the Oscars, Golden Globes, Emmy, and Screen Actors Guild Awards.

With a career that goes from Philadelphia a Forrest Gump, going through titles as emblematic and diverse as Big, Save Private Ryan, the saga Toy Story O The Da Vinci Code, trilogy of adventures based on the books by Dan Brown. On the occasion of his anniversary, we review 10 of the must-see films of the great Tom Hanks.

Tom Hanks won his first Oscar thanks to Philadelphia, a drama centered on the story of lawyer Andrew Beckett, a homosexual man who contracted AIDS. Philaelphia was one of the first films to address HIV and AIDS in Hollywood. And Hanks delivered a masterful performance.

“Life is like a box of chocolates,” said good old Forrest Gump, waiting on a bench. What is possibly the actor’s most memorable performance tells the story of a young man born in Alabama who lives a series of misadventures framed in American history from the 50s onwards. Gump meant for Hanks not only his consecration as one of the best actors of his generation, but it also earned him his second Academy Award.

In 1995 Hanks decided to work side by side with Tim Robbins for the first film from a small studio called Pixar. In Toy Story, the first film made entirely by computer, the actor gave voice (and life) to Sheriff Woody, true protagonist of the franchise and inseparable companion of Buzzs Lightyear. Hanks reprized his role for both sequels to the trilogy.

In Castaway, Hanks plays Chuck Noland, a FedEX courier who is trapped on a desert island for four years after a plane crash. Hanks’ masterful performance to represent Noland’s agony and loneliness is unforgettable. And even more unforgettable that supporting actor named Wilson.

Set in France in 1945, this Spielberg film tells the mission of a group of soldiers in World War II whose objective is to find and recover alive a soldier named Ryan, the youngest of six brothers who have died in combat. In it, Hanks plays Captain Tom Miller, the leader of the expedition.

When it comes to ‘body swapping’ comedies there is no other than Big. As a story, Big tells the story of Josh Baskin, a 12-year-old boy who one day wishes to be great. His surprise comes when he wakes up the next morning as none other than Tom Hanks. A return to childhood that every adult should review from time to time.

Thanks to his small role in the series Happy Days, Hanks got a character in the comedy 1,2,3 Splash, where he played Allen Bauer, a shy young man who one day falls in love with a mermaid named Madison (Daryl Hannah).

Based on the Stephen King best-seller, The Green Mile tells the story of a Louisiana prison guard Paul Edgecomb (Tom Hanks), who will meet convict John Coffey, masterfully played by the late Michael Clarke Duncan, in a relationship. that will change the lives of both forever.

Based on a true story, Catch Me If You Can tells the life of Frank W. Abagnale (Leonardo DiCaprio), a young and elusive criminal who in the 1960s dedicated himself to robbery and fraud thanks to the use of different identities. Hanks plays FBI agent Carl Hanratty, the one tasked with bringing the scammer to justice.

The last collaboration to date between Hanks and Spielberg was in Bridge of Spies, a film that revolves around the figure of James Donovan, an insurance lawyer who will be fully involved in the center of the Cold War when he has to defend Rudolf Abel (Mark Rylñance), accused of being a Russian spy.