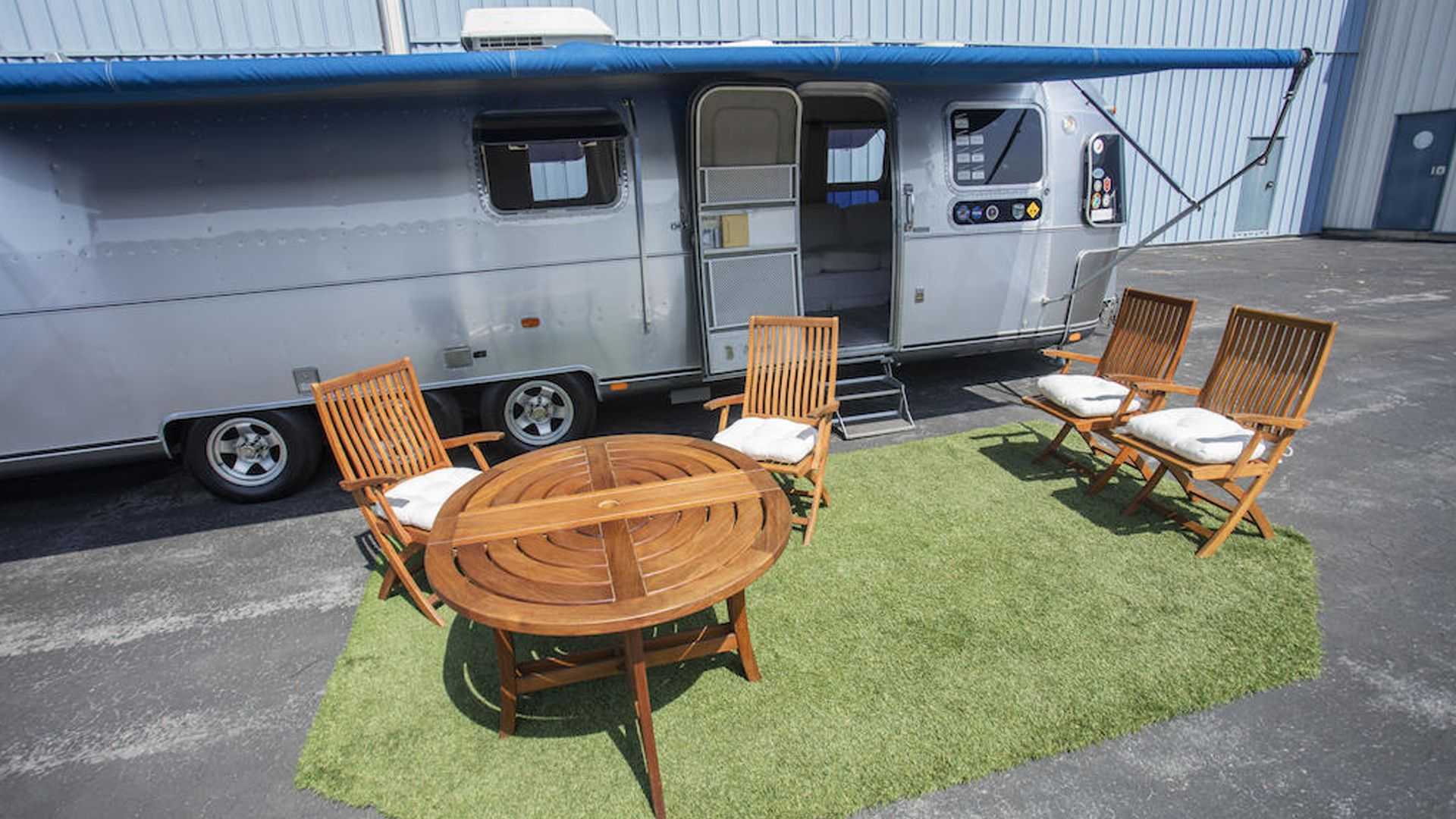 Airstream caravans are as timeless as they are practical, comfortable and beautiful. But while a “normal” Airstream usually lands on campgrounds, this 1992 Model 34 Limited Excella has had a life a little more special.

She has traveled to various film sets all over the United States and has literally served as a vacation home for Oscar-winning actor Tom Hanks. And it is now for sale!

The trailer will be auctioned off by Bonhams at the Quail Lodge auction in Carmel, Calif. On August 13, 2021. From the outside it looks like a typical Airstream, but you’ll notice a few stickers on the windows. It’s not uncommon to see this in travelers who immortalize the places they’ve visited, but the stickers on this trailer commemorate the various Hanks filming locations over a 24-year span. According to the auction announcement, the filming locations range from the movie White Nights in Seattle (Sleepless in Seattle) from 1993 to the shooting of The Circle in 2017.

Inside, this magnificent Airstream is a little more atypical. Tom Hanks bought the trailer in 1993 and requested a custom interior that only included the integrated kitchen and bathroom. He wanted to make it a comfortable home when he was on the go, so he outfitted it with his own furniture, including a standard sofa with removable legs so he could go through the door.

A more modest bed is placed at the back; the front serves as a living room with an electric fireplace and the aforementioned sofa. There is a small dining area with a table and chairs opposite the kitchen, and all furniture is included in the sale.

In this case, furniture also means a plethora of special accessories and keepsakes. Cabinets are stocked with crockery and kitchen equipment, including espresso machines. Among the accessories is an Apollo 13 mug signed by Hanks and his 1995 blockbuster co-stars: Gary Sinise, Bill Paxton and Kevin Bacon. Hanks also dedicated the cabinet next to the door and the air conditioner, adding extra touches to this already special Airstream.