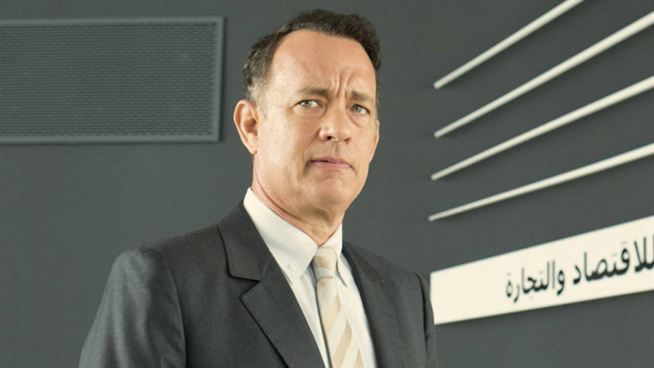 During his long career, Tom Hanks directed two feature films in 1996 and 2011, but also five serial episodes. Back to this little-known part of the actor’s career.

Also known by its original title Band of Brothers, Brothers in Arms tells the story of a group of American soldiers from their training in 1942, to the liberation of Nazi Germany in 1945, including their parachuting in Normandy on June 6, 1944.

This HBO miniseries is a new collaboration from Tom Hanks with HBO. Although it takes place at a given time in the past, the show is based only on fictional images but gives voice to real veterans at each beginning of the episode.

It’s 2001, Hanks uses a constantly moving camera during assault scenes to accentuate the realism, thus sticking to Spielberg’s direction for Saving Private Ryan, shot by the actor in 1997. During the discussions between soldiers, he adapts by filming them as closely as possible in order to capture the humanity and personality of each.

In doing so, Hanks fits well into the overall tone of the series infused by pilot director Phil Alden Robinson. His episode is called Crossroads and skillfully explores the guilt that comes with sometimes killing young people in war.

More info: In the episode, the movie shown at the soldier in which we can see John Wayne is House of the 7 Sins by Tay Garnett, also starring Marlene Dietrich and released in 1940.

In 1995, Tom Hanks shot the film Apollo 13, and the following year, he got involved in the development of a series titled From Earth to the Moon, intended to return in detail to the Apollo space program. He presents each episode in his own role, writes certain episodes and contributes financially to this HBO miniseries combining fiction and archives.

This pilot is a model of teaching, presenting the stakes of the “race to the moon” in a clear and synthetic way, alternating the archives in black and white and the reconstructions-fiction in color. Everything is well laid out, intelligently edited (by Laurie Grotstein) and rhythmic as it should be.

Hanks’ camera moves nicely during fictional games, sliding from character to character, and some shots seem straight out of the box.Apollo 13 by Ron Howard, in particular the tracking shots in the back of the control room, giving a view of all the devices and employees of NASA. A success.

More info: Bryan Cranston, who plays Buzz Aldrin here, already played a real astronaut (Gus Grissom) in That Thing You Do, which was directed and produced … by Tom Hanks.

In 1992, the story of a women’s baseball team launched in the midst of World War II to save clubs and sport was released in French cinemas, directed by Penny Marshall with Tom Hanks, Geena Davis and Madonna. .

The following year, CBS decided to adapt the story into a 6-episode sitcom, A League Of Their Own, including the pilot directed by Penny Marshall and the third, directed by Tom Hanks, and titled The Monkey’s Curse.

During a match, one of the players, Dottie, accidentally injures the team’s mascot, Benny the chimpanzee. She will find out how to make the fans forgive, and find that the best way to do it is to still give the best of yourself on the pitch.

Not much to eat, the sitcom format imposes strict staging rules, which will not be waived: close-ups, reverse-shot and inserts on the chimpanzee to add breaths. Classic. For a fairly uninspiring episode.

More info: Several characters from the film return to the series, played by the same actors, including those of Megan Cavanagh (Maria) and Tracy Reiner (Betty Spaghetti). We also see Garry Marshall, Freddie Simpson, Jon Lovitz and Pauline Brailsford.

Fallen Angels was a 2-season Showtime series aired between 1993 and 1995 inspired by film noir and set in late World War II Los Angeles. Tom Hanks shoots the episode I’ll Be Waiting, and appears in a small role.

Adapted from a short story by Raymond Chandler, the story is that of Eve (Marg Helgenberger), who is hiding from her ex-lover, a gangster coming out of prison, in a hotel. There she meets Tony (Bruno Kirby), the hotel investigator, who will try to protect her.

The lack of means of this episode is obvious, and it is limited to a main setting (the hotel, interior and exterior), and to a car. The staging is forced to comply with these constraints and opts for repetitive field-contrechamps. Hanks still allows himself some daring framing, which will grab the eye of whoever pays attention.

More info: Among the directors of episodes of Fallen Angels, we find in particular two other actors: Kiefer Sutherland (S02E01) and Tom Cruise (S01E04).

Through a dating service, a con artist meets wealthy and elderly widows whom he marries and then murders to claim their inheritance. But his latest conquest is going to prove more difficult to kill as he receives messages asking him to end these crimes.

For this season premiere of the horror series, HBO gives a chance to an actor with no directing experience: Tom Hanks. The latter has just shot for De Palma (The Bonfire of the Vanities) and leaves the romantic comedy Joe against the volcano with Meg Ryan. In addition to directing the episode, Hanks plays the employee of the dating service.

Entitled Bloody heart in foil, the story is adapted from n ° 33 of the comics Tales From The Crypt published in 1933. Hanks shows no audacity in directing and effectively turns this good episode of Tales from the Crypt which at the end turns squarely into a zombie movie!

More info: Henry Gibson had already crossed paths with Tom Hanks in The Suburbs of Joe Dante in 1988.