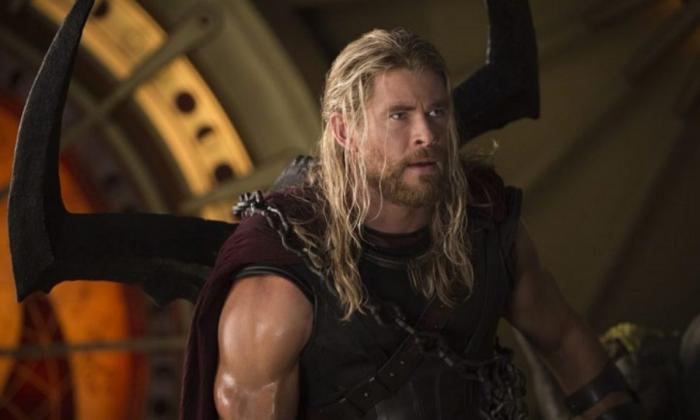 Thor : Love & Thunder is scheduled for next year, but the slightest information about the film causes a certain enthusiasm of the fans. Indeed, this next film of MCU is eagerly awaited, and brings together a large number of popular players in the community. In addition to the casting unveiled some time ago, we also recently know if Loki will indeed be present in the film. But today it’s a whole different character that we are going to talk to you about: that of Jane Foster, also known as She-Thor and interpreted by Natalie Portman, whose look would have leaked.

Natalie Portman will play the character of Jane Foster in Thor : Love & Thunder. As a reminder, she was introduced to the MCU in 2011 in Thor, as an astrophysicist. After an absence in the film Thor: Ragnarok, it will come back in force in 2022 in the next opus. Recently, members of the camera crew tweeted photos showing the t-shirts given to them. Logically, fans were quick to notice that these clothes contained valuable clues about Natalie Portman’s future look in the film.

A first look at Thor and Valkyrie in their current armor AND a first look at the Jane’s armor from The Mighty Thor in Thor: Love and Thunder.

We will notice that the design presented on the t-shirt is reminiscent of that of She-Thor in the comic. The Mighty Thor, written by Jason Aaron and published in 2014:

Natalie Portman excited about the role

Guest on the set of the show The Kelly Clarkson Show, the actress was at the very least motivated by the idea of ​​interpreting the character of She-Thor :

I can’t tell you much. I’m really looking forward. I start to train, to build muscle. If all of these superheroes can exist, the more, the better. I’m trying to think – it’s based on The Mighty Thor comic. She is undergoing treatment for her cancer and is a superheroine next door.

So it seems that Natalie Portman is sporting a look similar to that of She-Thor that can be found in the comics. To find her in the guise of the heroine, it will nevertheless be necessary to wait until May 4, 2022, release date in French theaters.