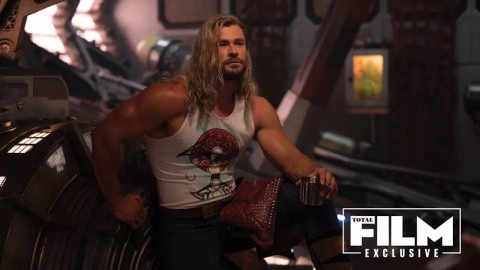 news culture Thor Love and Thunder: end clap for Chris Hemsworth and the god of thunder? The boss of the MCU responds!

On July 13, the dark rooms will light up in the colors of the new adventures of the Asgardian god of the Avengers, almost five years after the release of Ragnarök. Like some of his on-screen buddies, like Captain America (Chris Evans) and Iron Man (Robert Downey Jr.), the fates of Thor and Chris Hemsworth may soon be sealed. On this subject, the boss of the MCU, Kevin Feige, wanted to provide some clarification.

A step closer to Phase 5 with Thor 4?

In a little over two weeks, it will already be time to find the god of thunder in a new adventure. The least we can say is that for this fourth installment, this dear Thor will be rather well surrounded. Between the Guardians of the Galaxy, Valkyrie and the character of Mighty Thor (played by Natalie Portman), the casting is particularly successful and all these beautiful people will perhaps not be too much in the face of Gorr, the butcher of the Gods (to whom the actor Christian Bale lends his features). In short, all this has been put forward through a whole bunch of teasers and trailers, sometimes even in a hilarious atmosphere that bears the mark of director Taika Waititi, and even promotional images.

Besides the scenario of this new episode and its purpose, one of the big questions concerns both the fate of Thor and that of Chris Hemsworth.. At a time when interviews with actors and executives of the Marvel Cinematic Universe multiply to either promote the film or the future of marvel on the giant cinema screens or in the small skylight, Kevin Feige wanted to clarify some things. Moreover, the actor himself outbid on this subject, a few hours ago!

There’s still room for Thor in the MCU!

Casually, Chris Hemsworth begins to accumulate a good number of appearances in the skin of the god of thunder within the MCU. With Love and Thunder, the Australian actor takes on the role for the ninth time. However, many fear that this is his last appearance. But unlike his comrades who have put on their costumes, this does not seem to be the end for the Asgardian god. It was first Kevin Feige who reassured the fans by mentioning the fact that there is still ” many more Thor stories to tell “, even if we do not yet know in what proportions.

I think of all of our actors, not as their individual characters, but as the Marvel actors who within that character can grow and evolve and change. And if the comics are any indication, there are plenty of other incarnations of Thor that we haven’t seen yet. — Kevin Feige, President of Marvel Studios

Thus, the architect of the Marvel Cinematic Universe opens the door to other facets of the character of Thor as we can also observe thanks to the presence of Mighty Thor in Love and Thunder. Nevertheless, the Thor that we know could still be present for a good while in the Marvel universe since Chris Hemsworth says he is ready to take on the role for as long as possible.. So the ball is in Marvel and Disney’s court now.

Thor Love and Thunder: end clap for Chris Hemsworth and the god of thunder? The boss of the MCU responds!