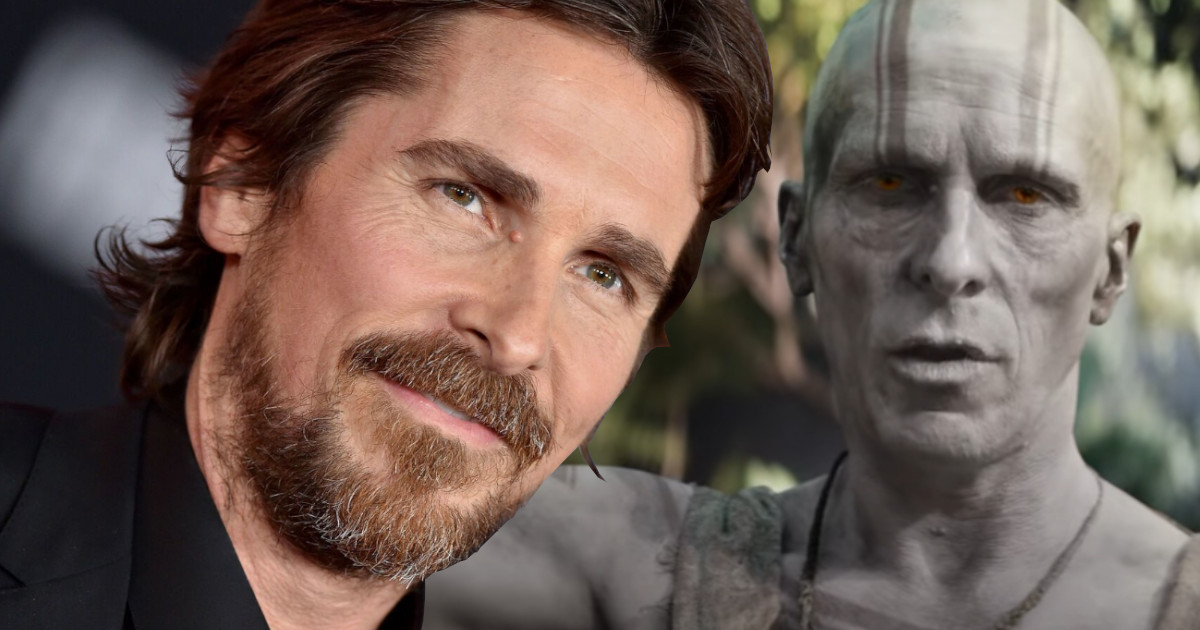 D-Day is approaching for aficionados of Marvel ! In less than two weeks, you will indeed be able to discover Thor: Love and Thunder, the fourth solo adventure of the thunder god within the mcu. This will be opposed to the terrible Gorr, the Slayer of the Gods, interpreted by Christian Bale. And if the latter was initially preparing to refuse the role, we now know what prompted him to change his mind!

A five-star cast for Thor: love and thunder

From July 13 in France, you can go to cinemas to discover Thor: Love and Thunder (Where “Thor 4”for the close friends), the 29th feature film in the Marvel Cinematic Universe. With its duration of 1h59, the film directed by Taika Waititi promises to be relatively short compared to the average of the latest cinematographic productions made in Marvel Studios.

If we will obviously find Chris Hemsworth for what could well be his last interpretation of Thor on the screen, it will also be accompanied by a five-star cast. Let’s mention Natalie Portman who will be back in the role of Jane Foster, who has powers similar to those of the God of Thunder but who does not seem to attach as much importance as him to their past relationship.

And how not to mention the arrival of Christian Bale in the MCU, he who will play none other than the great villain of the film: Gorr, the Massacrer of the Gods. If the first images of the character did not convince everyone, we can’t wait to discover him in action in Thor 4 ! However, this almost was not the case, his interpreter having recently revealed to ScreenRant thathe almost refused the role, before his family forced him to accept it!

A dream role for Christian Bale, but a busy schedule

In an interview, Christian Bale revealed thatget a role in a movie Thormoreover directed by Taika Waititi, was something of a dream. He explains that he and his family are very fans of the work of the man, but also that he wanted to work or work again with some of the actors present at the castings of Thor 4.

For me it was Taika [Waititi]. I loved Thor: Ragnarok, as did my family. We also all loved Jojo Rabbit, and then I worked with Natalie [Portman] and wanted to work with Tessa [ Thompson] and with chris [Hemsworth]. It really comes from there. I just said to myself: “Great!”. I loved the script and loved Taika’s portrayal of the villain. “Let’s go!”. Christian Bale

Christian Bale, already familiar with the world of superheroes (the Batman by Nolan) was therefore motivated to embark on this project because of his love for the work of Taika Waititi, among others. But, then why did his family have to force him to accept the role of Gorr, which he was about to refuse? Apparently it was just a scheduling problem.

“There were potential conflicts with my schedule. I said to my family, “I don’t think it’s going to do it”, and [mes enfants] said, “No, you’re on your own. You’ll do it, dad”. They gave me orders to follow, and I dutifully obeyed.” Christian Bale

We can only thank Christian Bale’s children for putting the pressure on him and preventing him from missing a golden opportunity like this! To find out what the final result will be, meet from July 13, 2022 to discover Thor: Love and Thunder At the movie theater.

Thor Love and Thunder: Christian Bale reveals the moving reason that led him to accept the role of Gorr