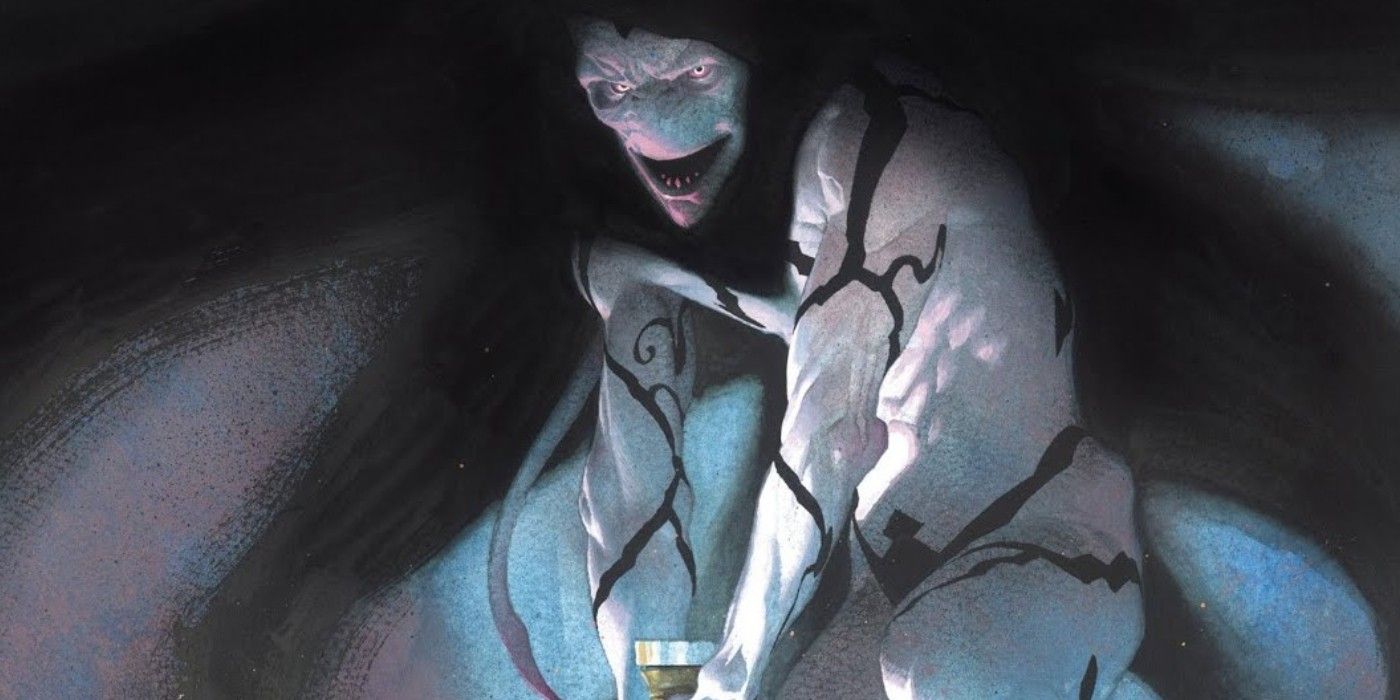 Thor Love and Thunder is one of the most anticipated films of the year and for good reason! The next Marvel blockbuster indeed promises a story full of surprises, but also a badass character. Fans are more than eager to finally discover THE villain: Gorr, the Godslayer.

Played by Christian Bale (the Batman of Christopher Nolan’s Dark Knight trilogy), the character promises to be an antagonist as terrible as it is captivating. Gorr was previously glimpsed in the latest Thor Love and Thunder trailer, but fans are eager to see even more.

Well, makeup artist Bart Mixon showed off part of Christian Bale’s transformation into Gorr, in the latest Marvel-requested reshoots for Thor Love and Thunder. Mixon shared several snaps on Instagram much to the delight of fans.

Christian Bale is known to invest himself really thoroughly in his roles: the actor does not hesitate to put himself in the physical conditions necessary to best embody his characters. For example, for the needs of the film “The Machinist” in which he lends his features to a machinist suffering from insomnia and paranoia, Christian Bale had lost 28 kg in just three months!

Thus for Thor Love and Thunder, Christian Bale did not hesitate for a single second to shave his head. However, Bart Mixon’s Instagram post indicates that the actor kept his hair for the reshoots. Instead, the make-up team stuck a prosthesis on his head, a kind of bald cap that offers a really realistic result as evidenced by Mixon’s Instagram photos.

A villain who will please the public a lot

For those who don’t know him yet, Gorr the Godslayer is a villain who deserves his name: indeed, his ultimate goal is to kill all the deities that exist across the Universe. Taika Waititi and Chris Hemsworth promise a dark and dangerous character, but that the public will not fail to adore, as he is also very complex, with interesting motivations.

Chris Hemsworth talked about “nuance, complexity, depth” when asked about Gorr in an exchange reported by Comicbook.com. “With any type of classic villain, the fact that you find yourself empathizing or asking questions that they ask, or the ideas that they ask, it’s not just kind of standard evil villain”he added. “Which is great if you play the hero and everyone supports the villain. »

Looking forward to next July 7 to finally meet Gorr the Godslayer! And if not, go HERE to discover the photos of the reshoots that Bart Mixon posted on Instagram.

Thor 4: discover some images of Christian Bale’s transformation into Gorr the Godslayer