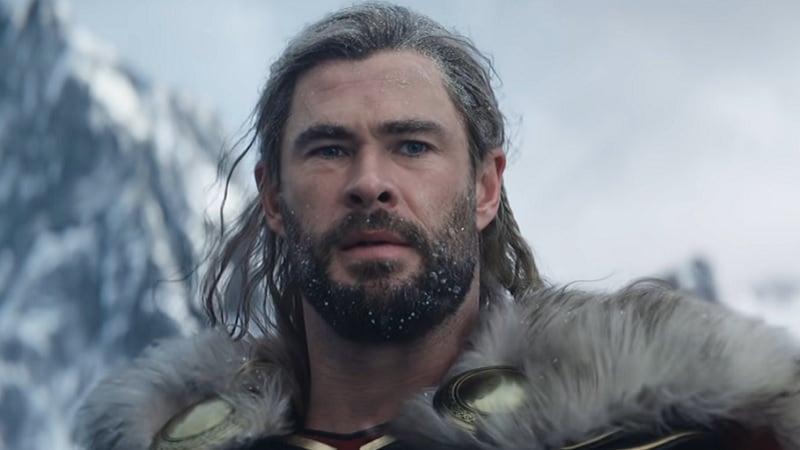 Thor 4 might not be Chris Hemsworth’s last Marvel movie. The Australian actor said he wants to play the role of Thor for as long as possible, until “someone kicks me off the stage”.

We are only a few days away from the release of Thor: Love and Thunder in cinemas. Chris Hemsworth recently revealed that Thor 4 might just be his last Marvel movie. In the end, this may not be the case. As Chris Hemsworth continues to promote the film, he opened up about his future in the MCU. He confessed thathe doesn’t know if Thor 4 will be his last Marvel movie.

In fact, Chris Hemsworth would like keep his role as Thor as long as possible. ” Every time I play Thor, I’m like, ‘This is the last time they’ll let me do it. So I do not know “, he told ExtraTV. The Aussie actor would love to play Thor until ” someone kicks me off the stage “. We may see him again after Thor: Love and Thunder for which he underwent brutal physical training in order to gain muscle in 12 months.

Chris Hemsworth loves his role as Thor: my whole career has been based on playing this character, and coming back again and again and playing him with different directors and different actors has been an absolute joy “. In Thor: Love and Thunder, the superhero is on a spiritual retreat suddenly interrupted by Gorr the butcher of the gods. Director Taika Waititi describes the film as a romantic comedy while Chris Hemsworth considers the film to be 50% love and 50% thunder.

Chris Hemsworth’s return after Thor: Love and Thunder has yet to be officially confirmed. In any case, the actor seems ready to return. He added that: ” we will see. We’ll see what the fans want. I’m always up for having a good time and that’s what this experience in the Marvel world has been for me. “. Thor: Love and Thunder is Chris Hemsworth’s fourth solo film in the MCU. It started 11 years ago with Thor directed by Kenneth Branagh in 2011. During the first three phases of the MCU which represent the Infinity Saga, Chris Hemsworth has played the role of Thor 8 times.

Whatever, Thor: Love and Thunder will be released on July 13 at the cinema in France. It will take place after the events of Avengers: Endgame. The God of Thunder will be joined by Mighty Thor played by Natalie Portman, from Valkyrie played by Tessa Thompson. The cast also includes Russel Crowe as Zeus and Christian Bale as Gorr.

Thor 4: Chris Hemsworth wants to keep his role in the MCU as long as possible