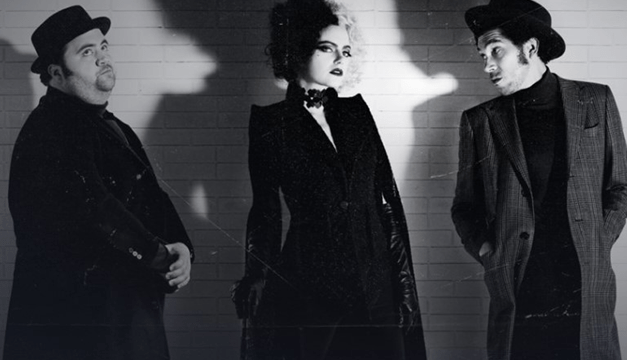 The American actress, Emma Stone, confessed that she was not surprised by the story of “Cruella de Vil” in the new Disney movie.

“I wasn’t surprised because I had seen all the permutations he was going through,” Emma said.

Emma Stone, the best actress Oscar winner for her performance in “La La Land,” said she has been attached to the film for four years, as well as having seen different “incarnations of the script.”

In an interview with Variety, Stone said it was exciting to delve into the story of the Disney villain, who is described as “infamous and elegant,” according to the streaming platform.

“I thought this was a really exciting and interesting reinvention of a character that we feel, that we know on a superficial level,” Stone confessed. “It was fun to delve into what makes her tick and what makes her so evil,” he added.

For her part, Emma Thompson, who now plays a fashion figure in the film, emphasized that her favorite look for Cruella was the dress she wears in the back of the garbage truck.

“This skirt was actually attached to it, it wasn’t CGI-made, they walked away fast and did that amazing real fishtail for the camera. I was there to see it and it was epic, “said Thompson.

In addition, Thompson said that while preparing for his role as Von Hellman, he was inspired by Alexis Carrington Colby from “Dynasty”, the ex-wife of Blake Carrington (John Forsythe), according to the series.

Likewise, the Hellman interpreter highlighted the work of her makeup designer, “Naomi Donne, actually was very inspired by the dear Joan Collins, who couldn’t be nicer, but who has played some bad guys,” explained Thompson. She has a wonderful narcissism and of course that’s what the baroness has to the nth degree. She’s terrible, “he said.

Cruella on Disney Plus

The 2-hour 16-minute film, which contains drama and crime, will be seen July 16 on Disney Plus and in theaters.

However, it can be seen in advance of its official premiere by paying an additional cost and being subscribed to Disney +.

The film is set in the capital of England, London and in the seventies, during the punk revolution, and tells the story of Estella, an intelligent, creative and rebellious young woman who is willing to do anything to become famous for her designs.