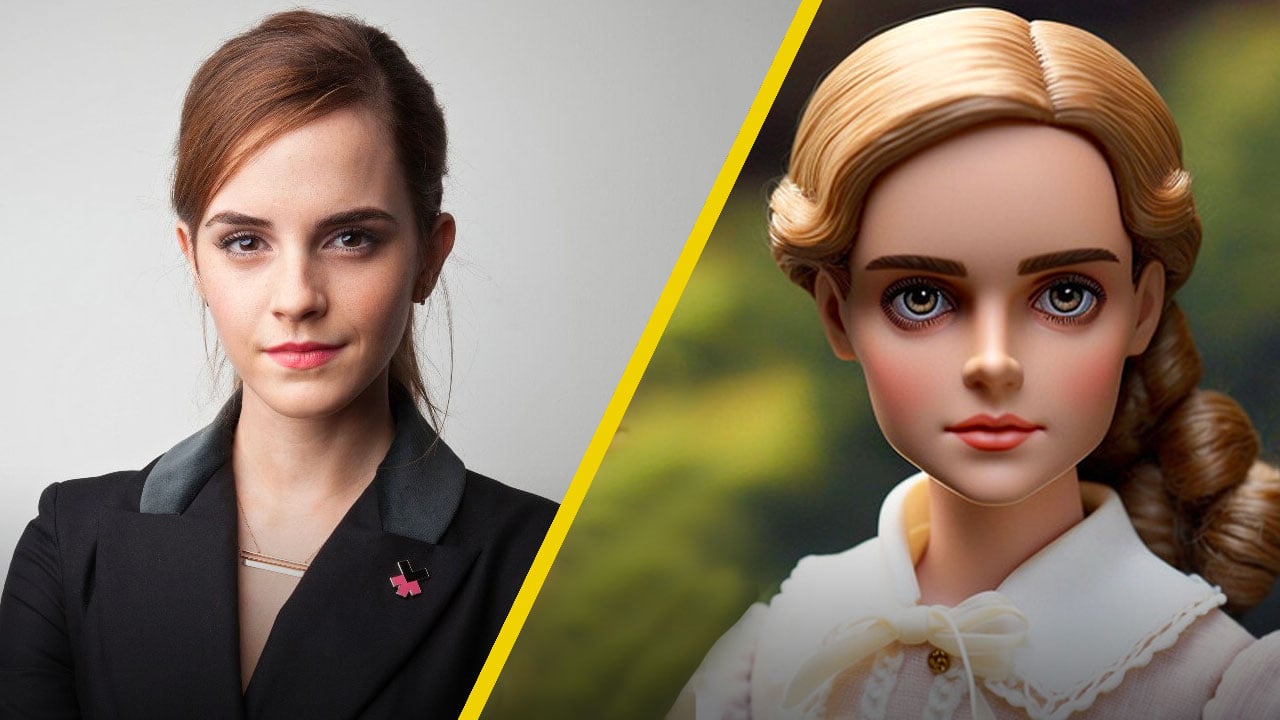 There are several replicas of famous personalities such as Barbie dolls on the market, but we assure you that you have never seen an Emma Watson, a Brad Pitt, much less a Leonardo DiCaprio in this form.

The doll Barbie It has been an international pop culture icon since its appearance in 1959. The aesthetics of this figure has changed over time, it has even come to release special editions of celebrities such as Jennifer Lopez, Katy Perry and Shakira. Surely you have already seen these figures, however, the face of Emma Watson or Jennifer Aniston is something new.

It should be noted that the plastic figures that you will see below are not for sale, as they are the product of artificial intelligence. Not only actresses have their own fictional Barbie, know what Brad Pitt, Leonardo DiCaprio and Ryan Gosling look like Ken.

Brad Pitt will never stop stealing sighs, this was proven with his most recent participation in Babylonand there is no doubt that, at any age, the actor and model will steal the limelight wherever he appears. Her fame continues to rise, and if Barbie decided to make a replica of Brad, it would surely sell like hot cakes.

The protagonist of Titanic, Leonardo DiCaprio, He is also one of the actors who has accumulated endless fans of the predominantly female gender. His on-screen performances are not only based on his great success alongside Kate Winslet, he is also recognized for his work on The wolf of Wall Street, Revenant, among other titles. Nothing would be more satisfying for women than having the protagonist of Catch Me If You Can every day on your sideboard.

Nobody better to grace the list than the presence of Ryan Gosling, and it is that we remember that this year it premieres precisely Barbie by Greta Gerwig, and to warm up, we show you how the actor of Crazy, Stupid, Love. This gallery will leave you with the image of Margot Robbie as a Barbie doll, but there is nothing to worry about, because we will have her characterized live and in full color in a few months.

Actress Angelina Jolie is one of the favorites of Hollywood cinema, but her immersion into the world of fame was as a model at the age of 15. Going back a bit to its beginnings, we tell you that there is also a doll Barbie with his physical features, the result was surprising. One possibility to see Mr. and Mrs. Smith back together, would perhaps be in their plastic presentations.

the protagonist of friendsJennifer Aniston yes she deserves her own doll Barbie, and that is, if Angelina Jolie and Brad Pitt they have their replicas, why not her. Let it be established that in this loving trio there are no grudges, this became very clear to us after their meeting at the 2020 SAG Awards.

One of those spoiled by the public thanks to her work in Harry Potter It is Emma Watson, and it is that the actress earned the affection of the fans while she evolved with the saga of JK Rowling. No one will ever match her beauty, not even this Barbie who looks very similar to the protagonist of Beauty and the Beast.