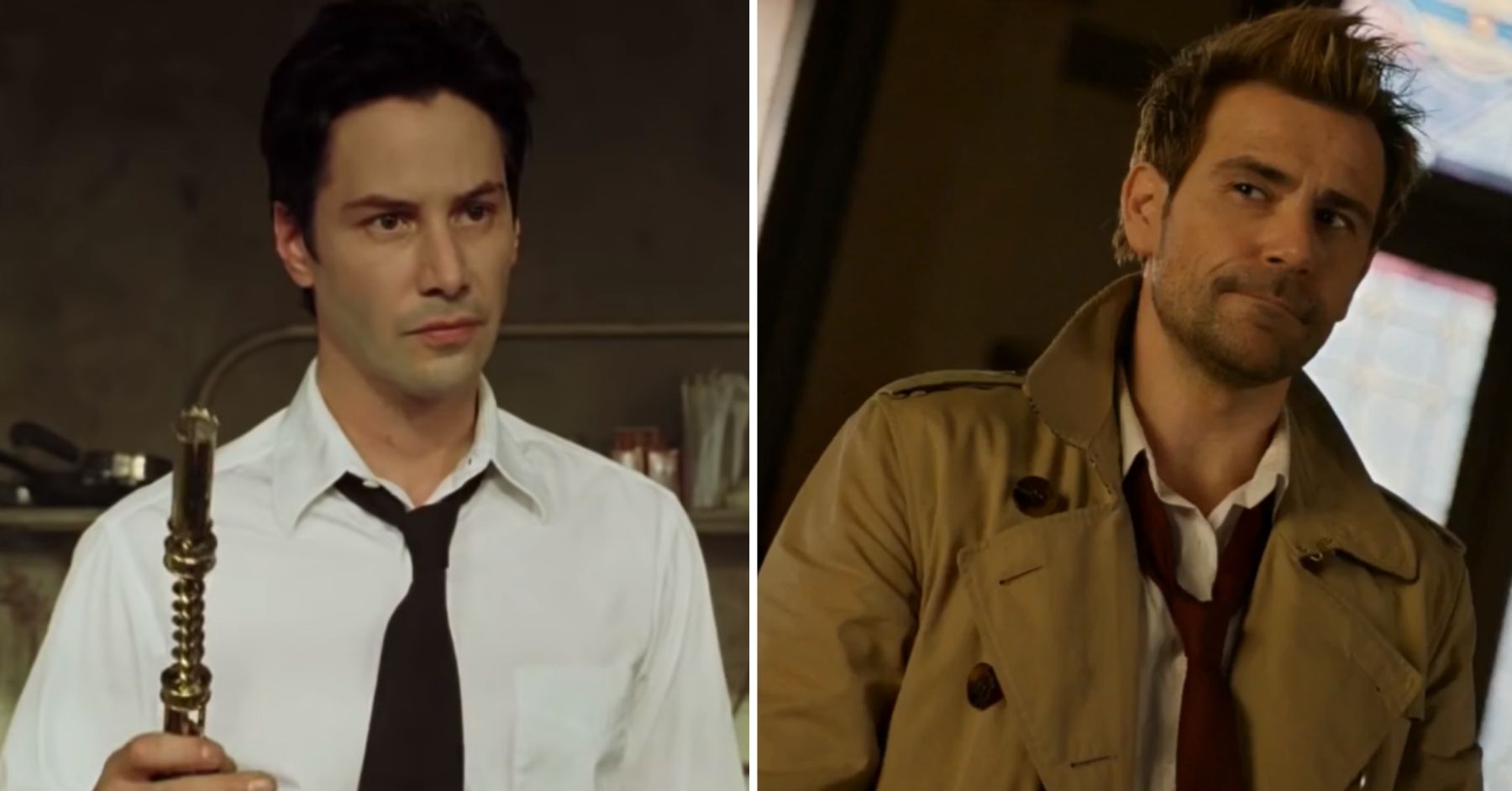 The series of Legends of Tomorrow DC Comics has said goodbye to the character of John Constantine, played by Matt Ryan, after his long walk in the Arrowverse and his series that was canceled after a season, has had a long representation.

But Matt Ryan is the second person to play the demon hunter, in 2005 Hollywood made an attempt to adapt the Hellblazer comics with Keanu Reeves and although the film was well received, it did not have the necessary success for a sequel.

Although the Keanu Reeves film over the years has gained a huge cult following and fans calling for a sequel, Matt Ryan’s performance has convinced since his series debut and his portrayal of Constantine surpassed that of Reeves.

But if you don’t believe us, here are six reasons why television did justice to the master of the occult in the DC universe and in which it surpassed his version played by Keanu Reeves.

And although it can be seen as a case of a version from another universe of John, the change is very different from what fans are used to, even more so when it comes to its introduction to the general public as it was with the film.

In this category they are a little more even, as Keanu’s John had a bit of the cynicism, sarcasm, intelligence and manipulation that Constantine has in the comics, but his weak point was his motivations.

In the film it is revealed that his fight against demons is to buy his ticket to heaven, after trying to commit suicide. On TV it is to save the soul of the girl Astra, who because of John was condemned to hell when he was young.

What would Constantine be without his wrinkled white shirt, trademark brown raincoat, and half-tight tie? Just as superheroes have their suit to fight crime, this look is what has defined Constantine over the years.

Perhaps in an attempt to make the character look cooler and with Keanu dragging the fame of The Matrix, it is that in the cinema they decided to dress him in black, but unfortunately that choice of clothing made him look like a generic person.

It is true that in the film there is less time to see the different abilities that Constantine has, but his powers are much more limited and he even uses firearms to face demons.

On the other hand, on television John had a greater range of spells and magical artifacts, with which he protected other characters such as Oliver Queen, revived Sara Lance and even sent a unicorn to hell.

Although characters from the comics such as Papa Midnite and John’s partner Chas Kramer are featured in the film, their adaptation is far removed from its comic book counterpart, as well as the origin story of Constantine himself.

While in the series from the beginning the characters like Chas were much more in line with the pages of Hellblazer, as well as the general plot and the protagonist’s past are more based on stories from the comics.

Finally, if there is something that in both representations was epic to see, it is without a doubt the exchange of words between Constantine, one of the greatest manipulators in the DC universe, and Satan himself.

In the movie John manipulates the Devil to go for his soul and stop his son’s plans, but in the end John is saved by a selfless act; while on television, in one of the crossovers Constantine looks for Lucifer to collect a favor from him.

It is clear that if Lucifer himself owes you a favor, you must have done very important to him, so that is the greatest proof that the Constantine of television is superior to that of Keanu Reeves.

Nothing like a good action movie for an afternoon at home and Danger on the Mountain is an excellent option. Click on the image to see it for free at VIX cinema and tv.

Want to see more about DC Comics, check out these articles: