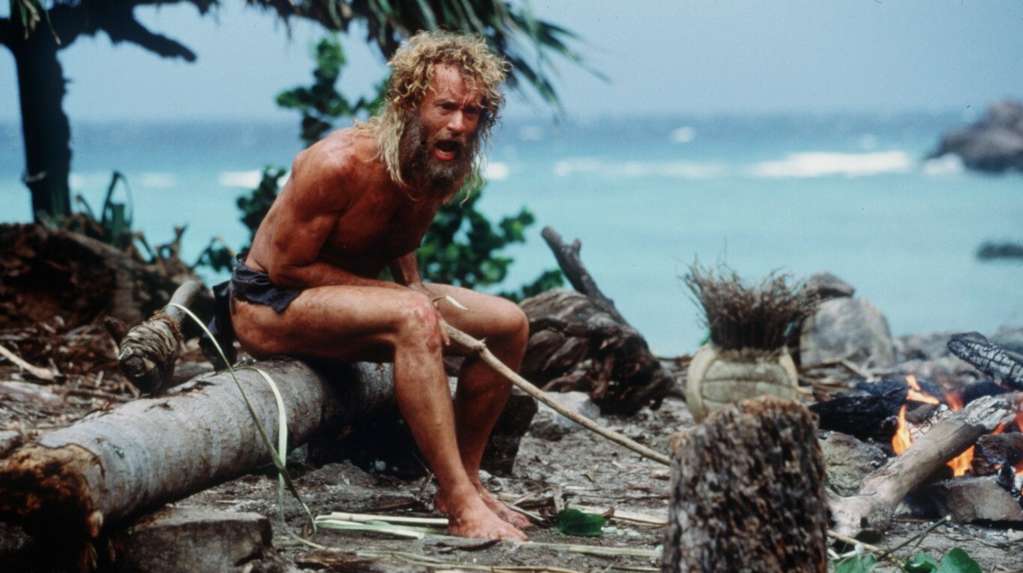 In addition to the character he plays Tom Hanks, on Castaway there is “someone” else who is as important as the actor in that film: “Wilson”. The famous ball to which the protagonist spoke so as not to go crazy was auctioned in a well-known store. The fan who took her paid $ 310,000.

In the film directed by Robert Zemeckis, the volleyball is the company of the character of Chuck Noland, played by Hanks, while stranded for several years on a desert island after a plane crash.

In what state was “Wilson”, Tom Hanks’s ball in “Castaway” auctioned?

The auction was organized by the Prop Store site on Tuesday, September 9. In the description of the ball, it said: “The off-white leather volleyball ball it is heavily weathered with paint applied to create a dirty look. There is a dark brown and red ‘face’ on the front, representing Chuck’s bloody handprint. “

Then, he expanded: “Has a pair of discolored ‘eyes, nose and mouth’. The top is opened and a series of tobacco stalks are inserted to reproduce the appearance of hair. There are several stitches on the ragged edges of the front of the ball around the opening.

Referring to the end of the movie when Wilson floats in the sea, the post that was used to auction the ball gave details of the filming of the film which premiered in 2000.

Read also: Chet, one of Tom Hanks’ sons, accused his ex-girlfriend of attacking him with a knife and recorded the moment of the fight

“This version of Wilson stood in water for long periods during filming. Therefore, the overall shape of the ball changed slightly and the ‘facial’ details became somewhat blurry compared to previous shots in the film. “

How many “Wilson” balls were there in the filming of “Castaway”

Tom Hanks was nominated for Best Actor in the 2001 Oscars for its role in Castaway, but lost with Russell Crowe, who won the award for his leading role in Gladiator, from Ridley Scott.

The ball that was auctioned this week did not it was the only one used. There were two others, one of which was left by a fan in 2001, shortly after the film’s premiere, for a value of $ 17,800.

The Prop Store auction house was founded by Stephen Lane in 1998, from the fanaticism he had for the cinema. Little by little, the collector was buying accessories and costumes from his favorite movies that ended up offering in different auctions.

The store has offices in London and Los Angeles, with more than thirty employees who are in charge of selecting each product to finish off.