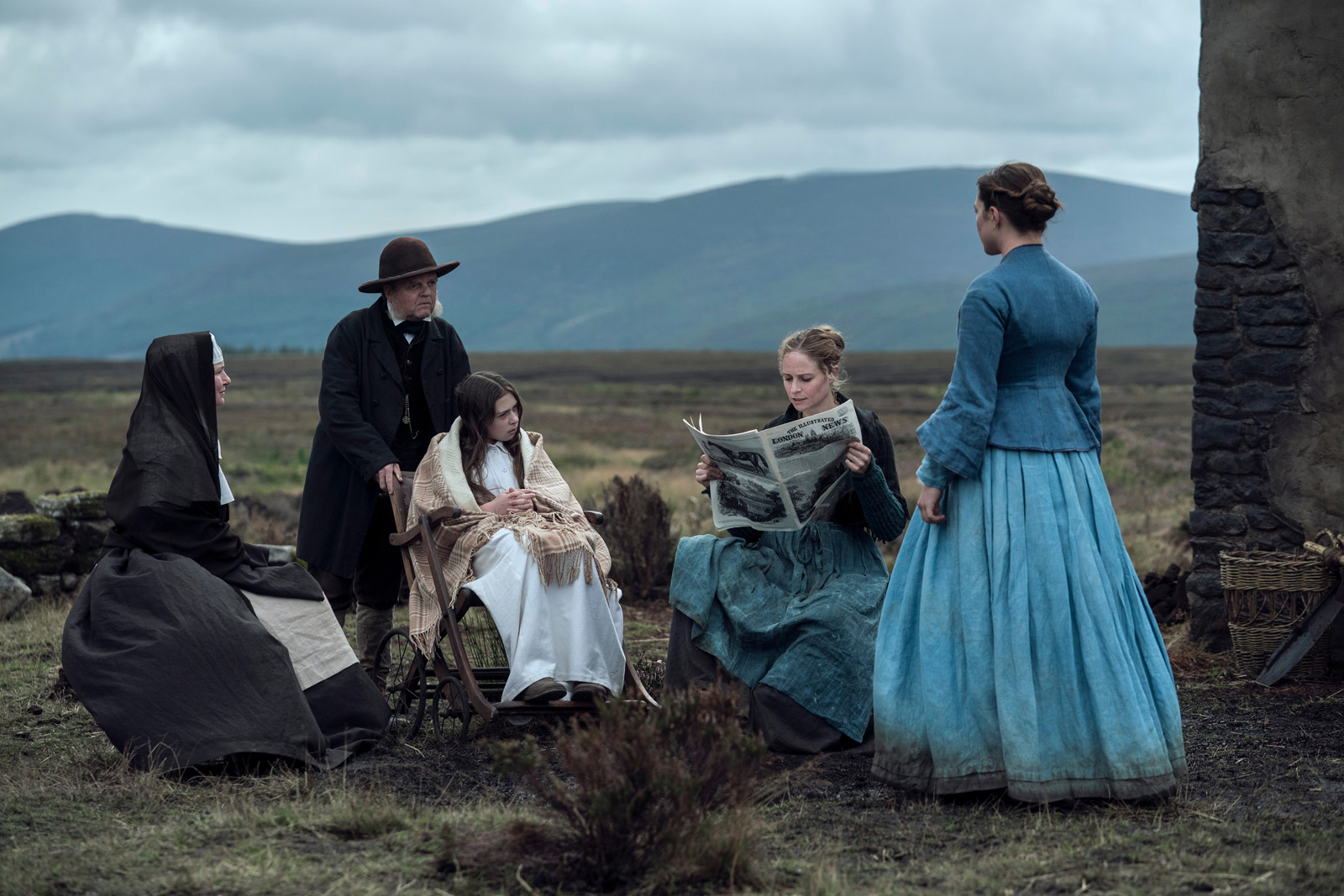 In 1862, 13 years after the Great Famine. Lib Wright, an English nurse, is called to the Irish Midlands by a devout community to spend 15 days at the bedside of one of their own. Anna O’Donnell is an 11-year-old girl who claims she ate nothing for four months and miraculously survived. As Anna’s health rapidly deteriorates, Lib is determined to uncover the truth, shattering the faith of a community that would rather stick to their beliefs.

19th century, while the Irish hold the English responsible for the famine which has raged in the country, an English nurse (Lib Wright) arrives in a village which has been impatiently awaiting her arrival. Welcomed by a self-proclaimed committee of influential men, she sees her mission specified. She will have to take care of Anna, an eleven-year-old girl who has refused to eat for four months. At the end of his observation period, he will have to deliver his conclusions.

What is happening with this child whose case attracts the indiscretion of journalists and the local population? How can she survive without eating for four months? By what miracle is this possible? The little girl arouses interest, sometimes fascination. It receives visits from superstitious and curious inhabitants who quickly qualify it as a “marvel” (The wonder). While the nurse gets to know the child and his family, she begins to collect some elements and report on them, under pressure from the committee enjoining her to prove that this affair is only a fraud.

Bothered regularly by these visits, the child, according to her, needs calm and rest for her own health and for the observation to be conclusive. Lib therefore does not necessarily see favorably the arrival of this London journalist camped by Tom Burke (True things, The memory), who could, however, become one of his few allies in his quest for the truth. In this endeavor, and in order to create a relationship of trust with Anna, Lib reveals some details of her personal life to her (she is a widow and no longer has a family) and together they give each other nicknames. Lib (Elizabeth) becomes attached to the little girl and fears for her medical and psychological well-being. She discovers that the family has lost a child, a boy of whom Anna treasures a lock of hair. What happened to him ? What is this omerta that seems to reign in the family around the loss of this boy?

Adapted from a novel byEmma Donoghue (to whom we already owed Roombrought to the screen by Lenny Abrahamson), The Wonder from chilean Sebastian Lelio (Disobedience, Gloria Bell) focuses above all on narration and the relationship to faith. Religious faith, but also that placed in the story, the one that we discover as a spectator of the film (which immediately challenges him in a voice-over prologue which breaks the 4th wall), but also the story which is fed by the protagonists while the nurse, an assertive rationalist, tries to unravel the enigma within this community quick to believe in divine miracles.

Carried by composer Matthew Herbert’s disturbing score, the rustic setting of the Irish countryside and its flashes of horrific imagery, The Wonder particularly takes care of its strange atmosphere to immerse us in this ghostly tableau, between lost souls, unmentionable secrets and child abuse. Lelio gently unfolds his tragedy and his study of character(s), with a good management of the rhythm giving his film a feeling of latent urgency as he has always done so well, again thwarting the cogs of doctrine and the crushing weight of religious communities. After Daniela Vega, Julianne Moore, Rachel Weisz and Rachel McAdams, he offers Florence Pugh a new role of assertive woman who internalizes her suffering and her asphyxiation and fights for justice and reparation. After The Young Lady which revealed her talent to the eyes of the world, she again wears this historic piece centered around her lonely character – although she finds in Kila Lord Cassidy a particularly promising playmate.