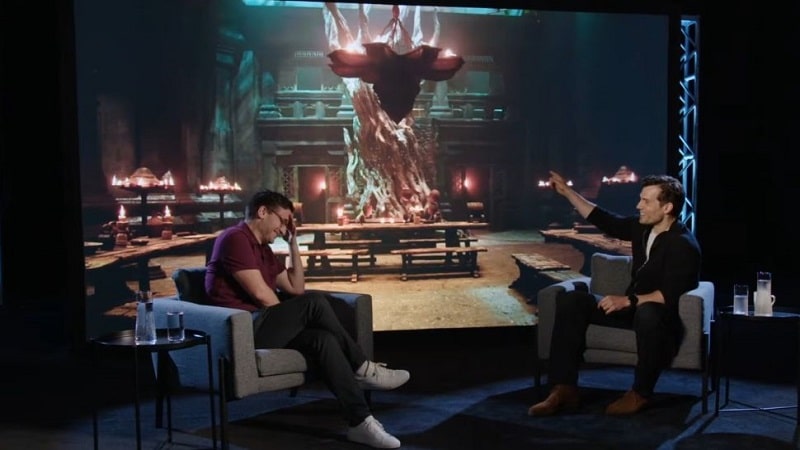 During an interview for WitcherCon hosted by Netflix and CD Projekt Red, Henry Cavill shared his knowledge of the Warhammer universe.

Henry Cavill, it is well known, is a fan of gaming. More specifically PC gaming. His passion was made public after a video of himself building a gaming PC was uploaded last year. His love for the world of gaming doesn’t stop there, as the actor is also a huge fan of the Warhammer universe.

On the occasion of WitcherCon, organized by Netflix and CD Projekt Red, Henry Cavill demonstrated his passion for Warhammer. And by Warhammer, we don’t just mean games, but also Games Workshop figures to paint. Yes, Henry Cavill paints Warhammer miniatures.

Interviewed as part of the WitcherCon, Henry Cavill could not help but make a connection between the two universes. “There is something I’m dying to say. Sorry, it’s completely… I just… Every day on set, on this set, I gritted my teeth because there was no one who would understand the reference I’m about to give you. Began the actor, very enthusiastic.

Henry Cavill then goes on to share the comparison he seemed eager to share by pointing a candlestick at the screen showing a setting from The Witcher. “This chandelier looks like a black fortress. I know no one on set would have understood that, and so I bit my tongue about it… I don’t know if it’s inspiration, but this thing looks like a dark fortress. Warhammer fans will appreciate the reference.

In Warhammer, the Dark Fortresses are huge space platforms also known as Talismans of Vaul. They are mainly used to store ships and weapons of mass destruction. As you can see below, there is indeed something, but it is not obvious.

Soon to be back in season 2 of The Witcher on Netflix, Henry Cavill is very present lately on the entertainment scene, especially in fantasy worlds. With The Witcher, Justice League and a possible project relating to the Mass Effect saga, the actor is on the rise and dreams of his next role as James Bond.